Hundreds of police officers conducted coordinated raids in Berlin and the surrounding state of Brandenburg as they investigated an organization banned over allegations of Islamic extremism
Author:
Published: 2021-02-25 03:27 am 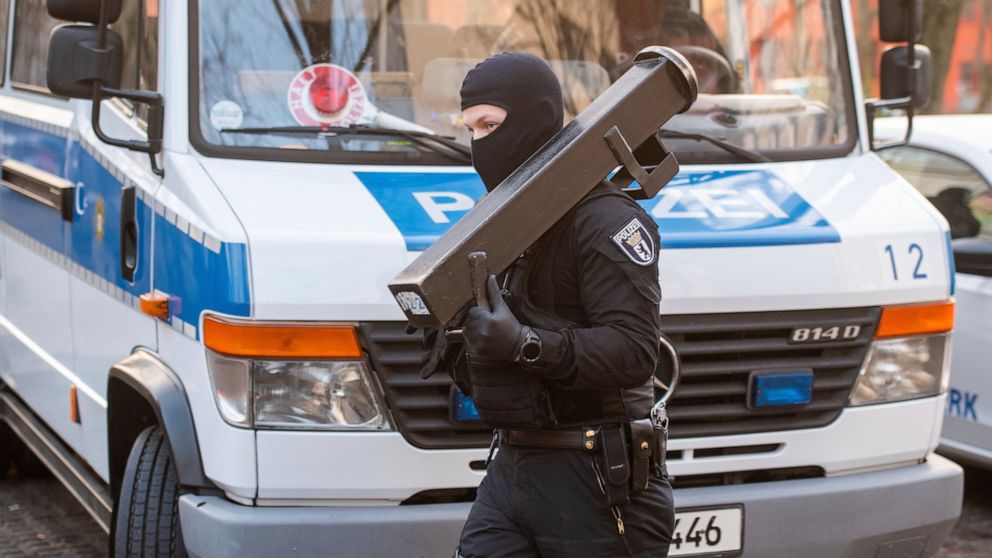 BERLIN -- Hundreds of German police officers conducted coordinated raids early Thursday in Berlin and the surrounding state of Brandenburg in the investigation of an organization banned over allegations of Islamic extremism.

Some 800 police, including SWAT teams, were involved in the raids of apartments linked to members of the organization, authorities told the dpa news agency.

The raids were carried out with the primary focus of obtaining evidence. No arrests were immediately reported.

abcnews.go.com - 7 months ago
A couple from Oregon who lost their home in the state's devastating wildfires last month are lead plaintiffs in a class action lawsuit filed against the Pacific Power utility and its parent company
Read More

abcnews.go.com - 3 weeks ago
Kosovo’s new foreign minister says she considers the opening of the country’s embassy in Jerusalem to be “a done deal.”
Read More