The social media giant says it's treating the situation there as an "emergency" in light of fatal shootings by the military and other developments since the takeover.
Author:
Published: 2021-02-25 02:59 am 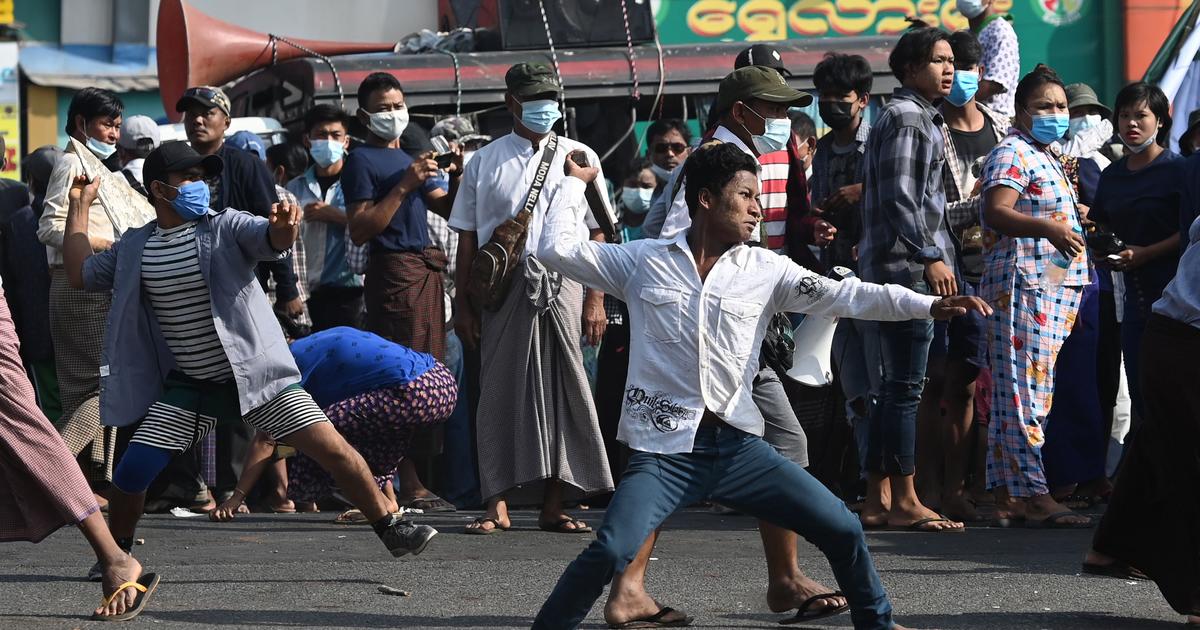 Yangon, Myanmar — Social media giant Facebook announced Thursday it was banning all accounts linked to Myanmar's military as well as ads from military-controlled companies, in the wake of the army's seizure of power on February 1.

It said in a statement that it was treating the post-coup situation in Myanmar as an "emergency," explaining that the ban was precipitated by events since the coup, including "deadly violence."

Facebook's action comes as diplomatic efforts to resolve Myanmar's political crisis have intensified and protests continued in Yangon and other cities calling for the country's coup makers to step down and return Aung San Suu Kyi's elected government to power.

The junta has tried to block Facebook and other social media platforms, but its efforts have proven ineffective. For more than a week, it has also turned off access to the internet nightly from 1 a.m.

Opposition to the coup continues inside Myanmar, with large demonstrations in many cities and towns.

There was a new look to anti-coup demonstrations Thursday, with protesters smearing a traditional yellow paste on their faces, as a proclamation of their national identity.

Outside the Hledan Centre in Yangon, where around 1,000 people gathered to keep up pressure on the new military regime, protestors wore the mixture, called thanaka, in broad swathes on their foreheads, cheeks and down their noses. Some had slogans written into the designs.

The Reuters news service reports that clashes broke out in the capital Thursday between backers and opponents of the military. And it could have been worse – as roughly 1,000 military supporters held a rally, police blocked the gates of the capital's main university campus, keeping hundreds of students from joining the protest against military rule.

There was a tense standoff on Wednesday in the country's second-biggest city, Mandalay, where police holding riot shields and cradling rifles blocked the path of about 3,000 teachers and students. After about two hours, during which demonstrators played protest songs and listened to speeches condemning the coup, the crowd moved away.

On Saturday, police and soldiers fatally shot two people in Mandalay while breaking up a strike by dock workers.

Facebook and other social media platforms came under enormous criticism in 2017 when rights groups said they failed to take enough action to stop hate speech against Myanmar's Muslim Rohingya minority.

The army launched a brutal counterinsurgency operation that year that drove more than 700,000 Rohingya to seek safety in neighboring Bangladesh, where they remain in refugee camps. Myanmar security forces burned down villages, killed civilians and engaged in mass rape in their campaign, which the World Court is investigating as a crime of genocide.

Facebook in 2018 banned the accounts of several top Myanmar military leaders, including Senior Gen. Min Aung Hlaing, who led this month's coup that ousted the elected government of Suu Kyi and her National League for Democracy party. The general heads the junta that now acts as the government.

Indonesian Foreign Minister Retno Marsudi on Wednesday visited the Thai capital, Bangkok, and held three-way talks with her Thai counterpart and Myanmar's new foreign minister. The meeting was part of Marsudi's efforts to coordinate a regional response to the crisis triggered by the military takeover in Myanmar.

Indonesia and fellow members of the Association of Southeast Asian Nations are seeking to promote some concessions by Myanmar's military that could ease tensions to prevent more violence. The regional group, to which Thailand and Myanmar also belong, believes dialogue with the generals is a more effective method of achieving concessions than more confrontational methods such as the sanctions often advocated by Western nations.

The military says it took power because last November's election was marked by widespread voting irregularities, an assertion that was refuted by the state election commission, whose members have since been replaced by the ruling junta.

Despite the landslide victory by Suu Kyi's party at the polls, the army blocked Parliament from convening and detained her and President Win Myint and other top members of her government.

The junta has said it will rule for a year under a state of emergency and then hold fresh elections.

www.cbsnews.com - 4 weeks ago
A Yale University study found that oncologists are reducing their use of radiation treatment for early-stage breast cancer patients over 70. Also, a common chemical could be hazardous to pregnant women. Jericka Duncan reports on the day's top health news.
Read More

What President Obama will tell Bernie Sanders in their meeting today

Saturday Sessions: Trampled By Turtles sing "Are You Behind the Shining Star?"