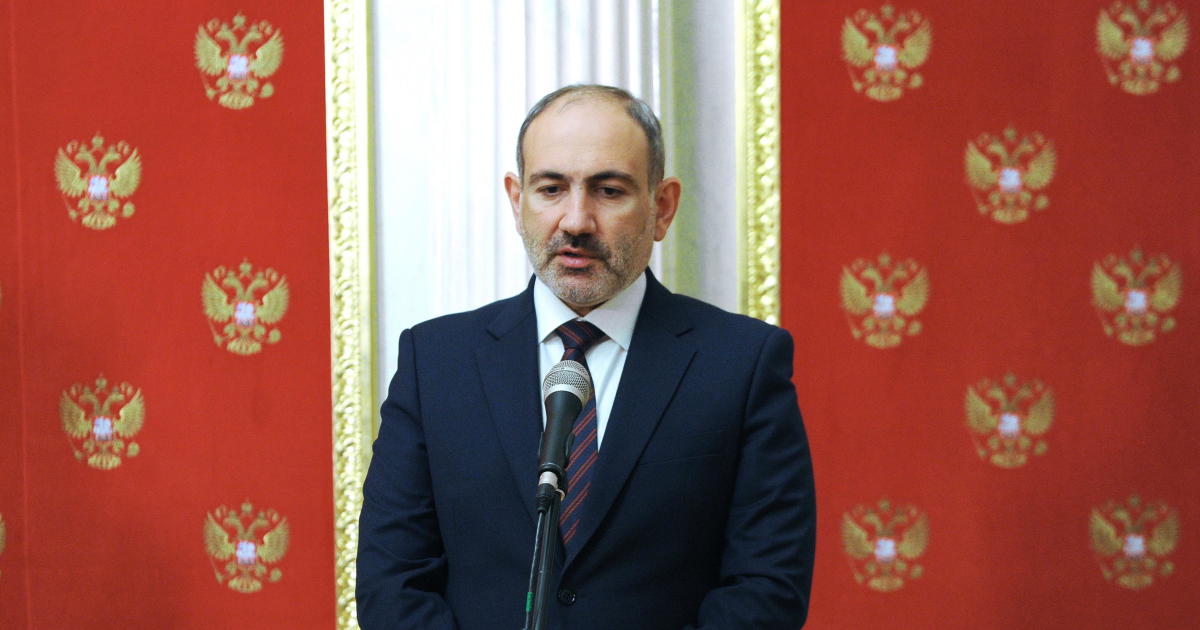 Armenia's prime minister said Thursday that his military had staged an attempted coup against him, as a ceasefire he struck to end a bloody war with neigboring Azerbaijan only months ago came back to haunt him. The Armenian military's General Staff demanded that Pashinyan step down after months of protests over the nation's perceived defeat in the Nagorno-Karabakh conflict with Azerbaijan.

The General Staff issued a statement calling on Prime Minister Nikol Pashinyan to resign. It was signed by top military officers.

Pashinyan called the military's demand a "military coup attempt," and he ordered the chief of the General Staff fired over it.

Protests that have simmered since the brief war with Azerbaijan last autumn escalated this week following Pashinyan's order to sack the first deputy chief of the General Staff. There have been increasing calls for Pashinyan to step down.

The root of the problem

The protests against Pashinyan began in November after he signed a Russian-brokered cease-fire pact with Azerbaijan that ceded territory occupied by Armenian forces. The deal ended a six-week war over the separatist Nagorno-Karabakh territory in which thousands died, but even Pashinyan himself admitted to it being at least a partial defeat.

The two nations have disputed ownership of the mountainous enclave of Nagorno-Karabakh in the Caucuses region for decades. It is internationally recognized as part of Azerbaijan, but has been governed autonomously by and is primarily populated by ethnic Armenians.

An earlier ceasefire, reached after a bloody war over the region in the 1990s, was first broken in late September 2020, leading to the worst clashes in decades. The violence left thousands dead on both sides and displaced more than 100,000 people from their homes.

The new ceasefire was enacted under the deal signed by the leaders of Russia, Armenia and Azerbaijan in November, which was published by the Kremlin. The agreement left Azerbaijan in control of portions of Nagorno-Karabakh that were seized by Armenian forces during the autumn fighting. Armenian forces were made to withdraw from several adjacent areas but they kept control of the rest of the region.

Azerbaijan President Ilham Aliyev referred to the ceasefire agreement as a "capitulation" by Armenia, praising the deal and his army's success.

"For our people, these days are the happiest ones." he wrote on Twitter.

"I made that decision as a result of an in-depth analysis of the military situation and the assessment of people who know the situation best," Pashinyan's statement said. "Also based on the belief that this is the best possible solution to the current situation."

www.cbsnews.com - 3 weeks ago
Wedding photographers are using drones to capture the bride and groom's special moment, but regulations say using a wedding drone without permission from the FAA is illegal. Adriana Diaz reports.
Read More

www.cbsnews.com - 2 weeks ago
The group's chairwoman sent Governor Gavin Newsom a letter weeks ago asking him to halt the practice of ballot collecting for two upcoming special elections amid the coronavirus pandemic.
Read More

www.cbsnews.com - 3 weeks ago
The body of a New Jersey woman was found buried two days after being reported missing. Authorities say she was kidnapped and buried alive by two men who were arraigned on murder charges. WCBS' Marlie Hall reports.
Read More
More News & Articles