Jeep said it will resume airing its Super Bowl commercial starring Bruce Springsteen after the pro-Biden singer-songwriter pleaded guilty on Wednesday to consuming alcohol in a restricted area. The "Born in the USA" rocker managed to avoid the more seriou
Author: David Ng
Published: 2021-02-25 11:05 am 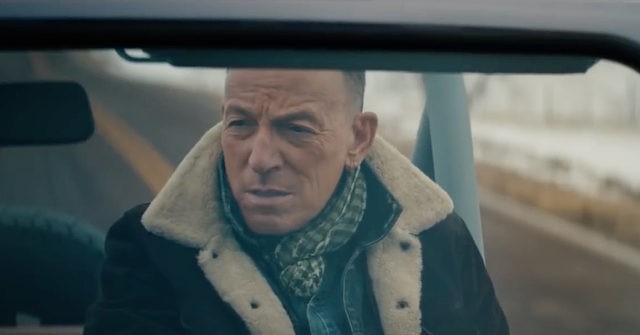 Jeep said it will resume airing its Super Bowl commercial starring Bruce Springsteen after the pro-Biden singer-songwriter pleaded guilty on Wednesday to consuming alcohol in a restricted area. The “Born in the USA” rocker managed to avoid the more serious charges of driving while intoxicated and reckless driving.

A spokesperson for Jeep said in a statement sent to multiple news outlets that the automaker is “unpausing” the commercial. “As we stated previously, we paused the commercial until the facts were established. Now, that the matter has been resolved, we are unpausing the film,” the spokesperson said.

Jeep had suspended the commercial just three days after it first aired during the Super Bowl LV broadcast. New Jersey officials revealed after the big game that Springsteen had been arrested in November for DWI and other charges. The revelation angered groups including Mothers Against Drunk Driving, which said the arrest should have been made public before the auto commercial was viewed by tens of millions of football fans.

In addition to pleading guilty to the lesser charge, Springsteen was fined $540. The two charges of driving while intoxicated and reckless driving were dropped due to lack of evidence.

Bruce joins President @barackobama for a long and meaningful conversation that touched on so much of what we’re all dealing with these days. Listen to the first two episodes of their new podcast Renegades: Born In The USA now on @spotify. https://t.co/D7hvKyCxxQ pic.twitter.com/zFfSLyedWn

The Jeep commercial featured Springsteen urging America to heal its political divisions and for people to come together “in the middle.” During last year’s presidential race, the singer repeatedly bashed then President Donald Trump, promising that he would leave the country if the president were re-elected.

Catholic League: Pro-Trans ‘Equality Act' the ‘Most Comprehensive Assault on Christianity Ever Written into Law'

www.breitbart.com - 2 months ago
Catholic League president Bill Donohue warned Monday that the Equality Act would “promote the most comprehensive assault on Christianity ever written into law.”
Read More

www.breitbart.com - 4 months ago
The expected return of former Vice President Joe Biden to the White House will likely end the Trump administration’s “maximum pressure” campaign on Iran, allowing the Islamist regime to expand its influence in the region and triggering alarm among its
Read More

www.breitbart.com - 7 months ago
At least five or six countries are ready to make peace with Israel, President Donald Trump said at a press briefing alongside Prime Minister Benjamin Netanyahu ahead of the signing of the historic normalization between the Jewish state, the United Arab
Read More
More News & Articles