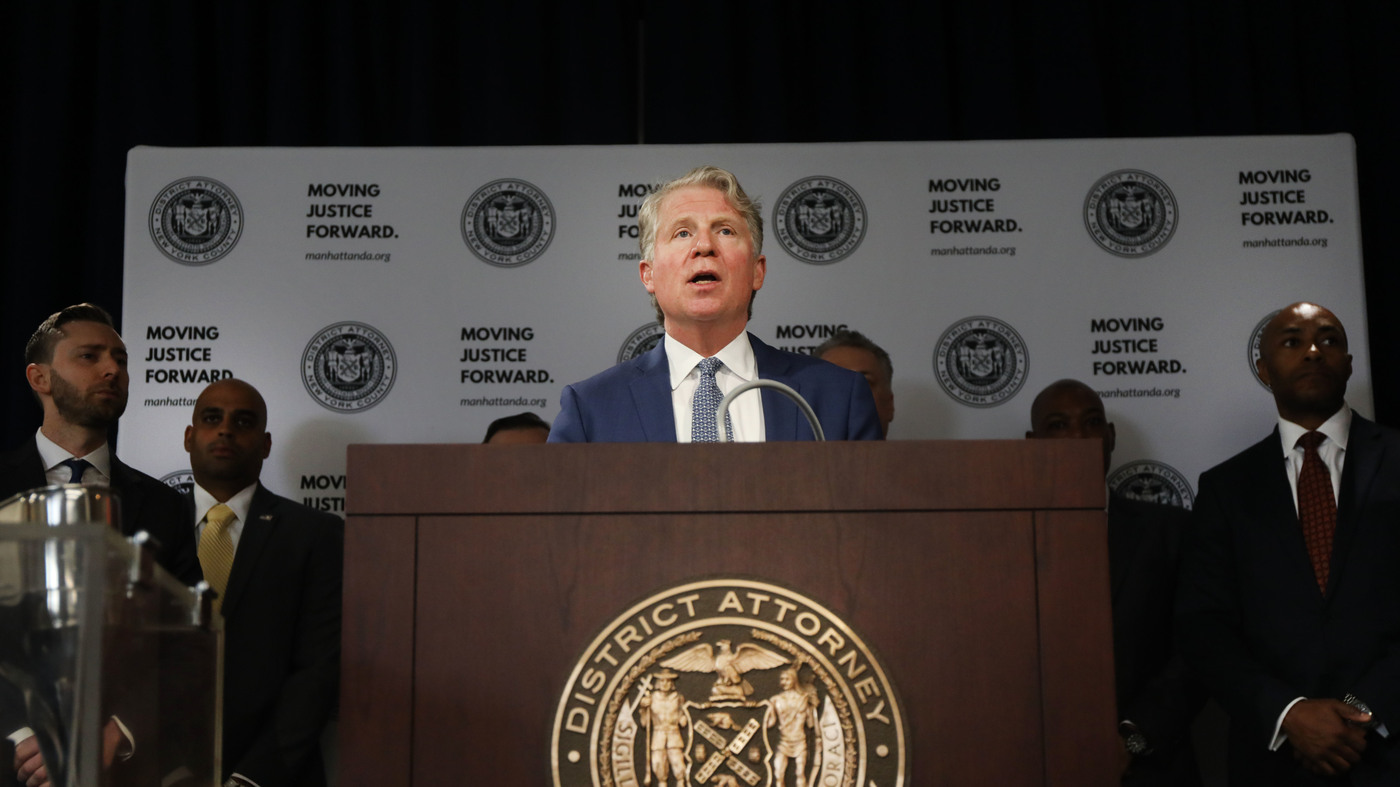 The Manhattan district attorney's office is in possession of Donald Trump's tax returns, following a years-long effort by the former president to shield his finances and business affairs from scrutiny.

A spokesperson for Manhattan District Attorney Cyrus Vance Jr. confirmed to NPR over email that his office obtained the records on Monday. That same day, the U.S. Supreme Court declined Trump's request to further delay the enforcement of a subpoena, paving the way for a New York grand jury to obtain and review the sought-after financial documents.

"As we have maintained throughout this process, Mazars will comply with all of its legal and professional obligations," Trump's personal accounting firm, Mazars USA, told NPR in a statement.

The documents are not expected to be made public because they are protected by grand jury secrecy rules, The Associated Press reported.

Vance initially issued the grand jury subpoena to Mazars in August 2019. It requested eight years of tax records and related documents as part of a wide-ranging investigation into possible insurance or financial fraud by Trump or his business, as well as hush-money payments made to two women who claim to have had affairs with Trump prior to his presidency.

What followed was a protracted legal battle. Trump's lawyers promptly went to court to block the subpoena's enforcement, arguing that he was immune from criminal investigation as the sitting president. The U.S. Supreme Court rejected that argument by a 7-2 vote in July.

Trump's legal team then returned the matter to the lower courts with a different set of objections, arguing that the subpoena was overly broad and politically motivated. A district court and a three-judge panel on a New York federal appeals court both ruled against Trump, and he had sought to appeal to the Supreme Court a second time.

After the court declined to intervene on Monday, Trump denounced the case as "political persecution" and a "fishing expedition," while Vance posted a three-word tweet: "The work continues."

www.npr.org - 6 months ago
A new database from U.N. Women and UNDP looks at how 206 countries and territories are responding to women's needs during the pandemic. And the results are mixed.
Read More

www.npr.org - 5 months ago
Service members and their dependents can now wear workout gear, including yoga pants, when buying groceries or grabbing a meal on base. The outfit must be in good condition and appropriately modest.
Read More

www.npr.org - 1 month ago
The U.S. Supreme Court heard arguments Tuesday in a voting rights case that could allow state legislatures to make it more difficult for some to vote. At issue are two Arizona laws.
Read More
More News & Articles