White House Press Secretary Jen Psaki on Thursday insisted that President Biden’s aides “are fighting our hearts out” to get Neera Tanden confirmed as White House budget director — despite the long odds due to her past vitriolic attacks on senators. At
Author: Steven Nelson
Published: 2021-02-25 01:41 pm 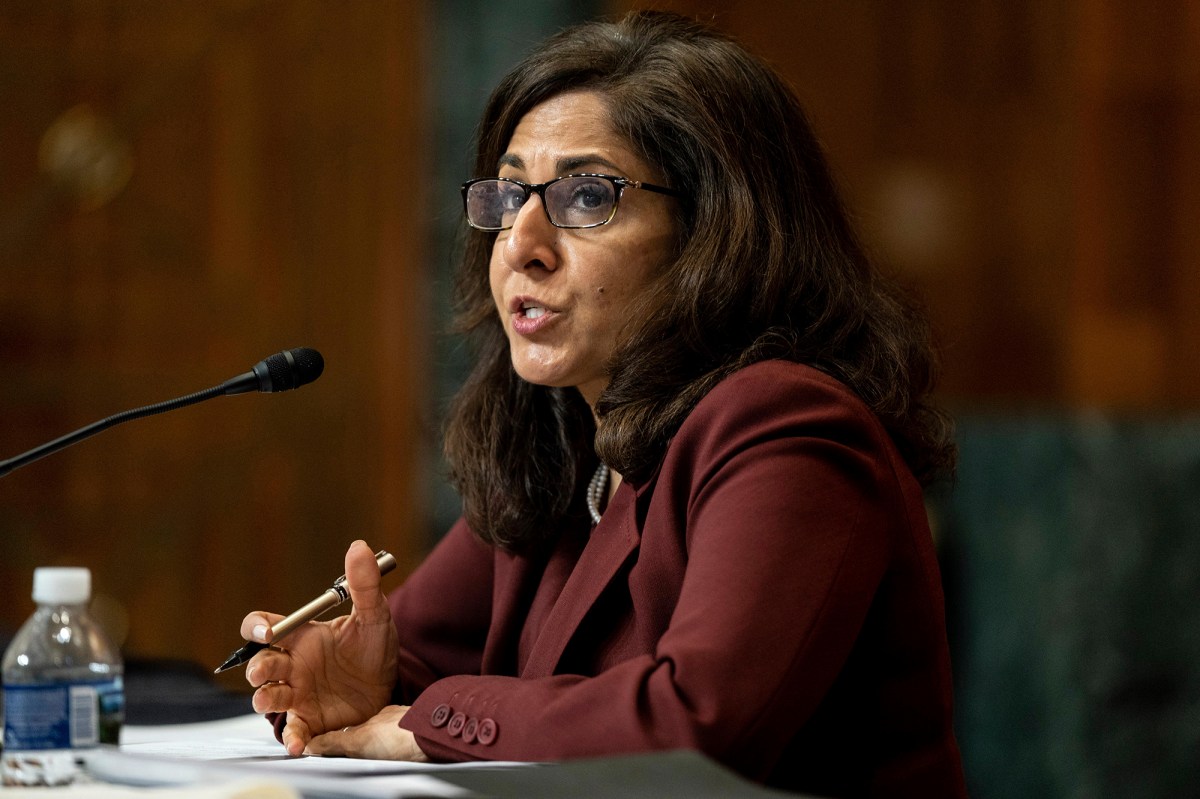 White House Press Secretary Jen Psaki on Thursday insisted that President Biden’s aides “are fighting our hearts out” to get Neera Tanden confirmed as White House budget director — despite the long odds due to her past vitriolic attacks on senators.

At least one Republican vote is needed in the evenly divided Senate after Sen. Joe Manchin (D-WVa.) said he opposes Tanden due to her mean remarks against his colleagues.

“We are fighting our hearts out for Neera Tanden,” Psaki said in an appearance on “The View.”

“I know her personally and she is somebody who not only is incredibly experienced, she’s got decades of experience. But she has — she grew up as someone who is benefiting from a lot of the programs that she would oversee overseeing the budget department. And that’s important that’s having kind of a different perspective and a different point of view at the table.”

Tanden’s fate appeared increasingly bleak this week as centrist Republican Sens. Susan Collins of Maine and Mitt Romney of Utah said they oppose Tanden’s nomination to be director of the White House Office of Management and Budget.

Alaska Sen. Lisa Murkowski, one of the last remaining GOP swing votes on the nomination, said Wednesday that she was surprised to learn she was among the targets of Tanden’s social media rage.

Tanden in 2017 accused Murkowski of being “high” on her “own supply.”

“High on my own supply? That’s interesting. Should I ask her, ‘My own supply of what?’” the senator told reporters.

Murkowski did not say how she’s leaning on Tanden, but said she’s made clear to the White House that “this world we’ve kind of gotten numb to derogatory tweets [and] I don’t think that that’s a model that we want to set for anybody.”

Sen. Rob Portman (R-Ohio) reminded Tanden at one of her confirmation hearings, “You wrote that Susan Collins is ‘the worst’, that Tom Cotton is a fraud, that vampires have more heart than Ted Cruz, you called Leader McConnell ‘Moscow Mitch’ and Voldemort.”

nypost.com - 1 week ago
As the battle to buy New York Daily News publisher Tribune Publishing heats up, the pressure is expected to mount for Dr. Patrick Soon-Shiong, the billionaire owner of the LA Times who holds the key to any sale thanks to his 24-percent stake in the Chicag
Read More

nypost.com - 7 months ago
BUFFALO — For the past two weeks, it’s been just about all roses from this lineup, but Saturday night the Mets were a handful of dead dandelions. Maybe it was the hangover effect after scoring 18 runs the previous night. For nearly 3 ½ hours they waited
Read More

nypost.com - 3 days ago
BANGKOK — A Buddhist monk who was trapped by floodwaters inside a cave in northern Thailand for four days has been rescued by divers, a provincial official said Wednesday. The 46-year-old monk, Phra Manas, entered Tham Phra Sai Ngam cave in Phitsanulok
Read More