New York state’s embattled health commissioner on Thursday publicly pleaded with his critics to tone down their attacks on him and Gov. Andrew Cuomo over the cover-up of the COVID-19 death toll among nursing home residents as he continued to insist he did
Author: Bernadette Hogan, Bruce Golding
Published: 2021-02-25 01:42 pm 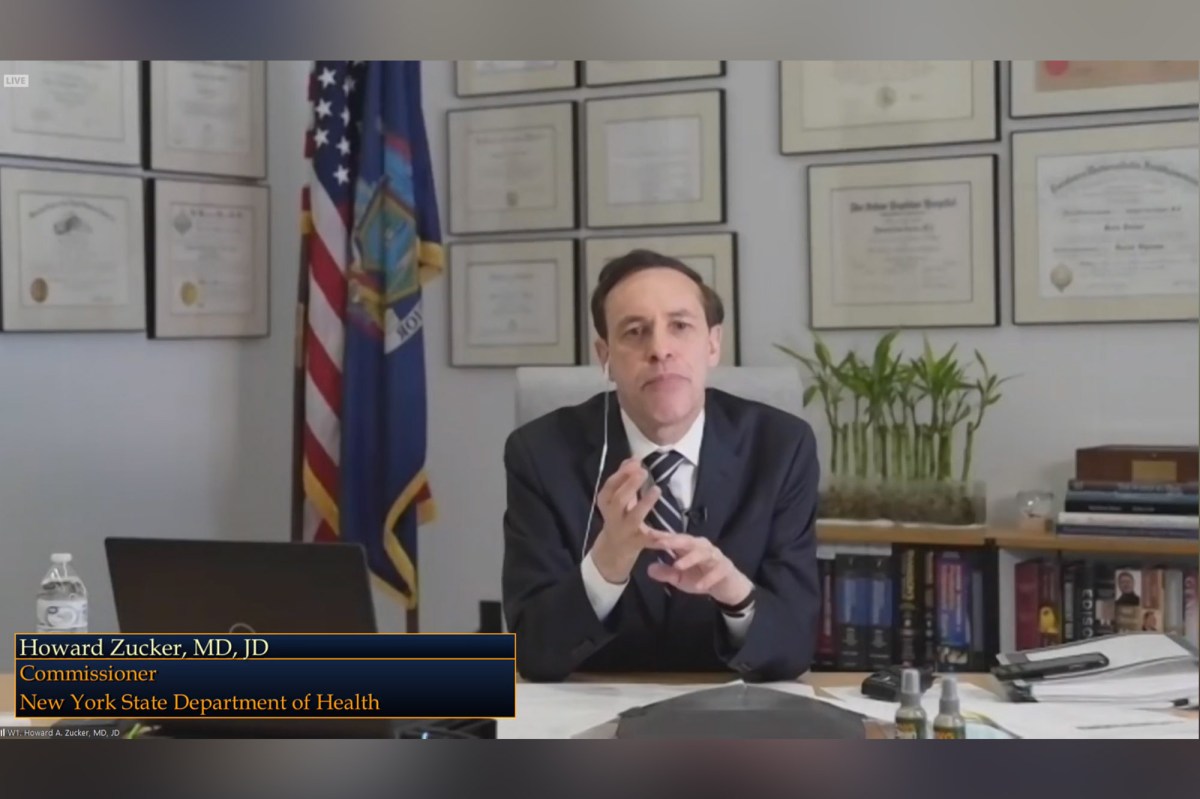 New York state’s embattled health commissioner on Thursday publicly pleaded with his critics to tone down their attacks on him and Gov. Andrew Cuomo over the cover-up of the COVID-19 death toll among nursing home residents as he continued to insist he did nothing wrong.

In prepared remarks delivered at the start of a joint Assembly-state Senate budget hearing, Dr. Howard Zucker said, “I was asked to provide the numbers of deaths by facility, by location of death, by whether confirmed or presumed.”

“To the best of the [Health] Department’s ability, I have done so,” he insisted.

“If some wish to find fault with the process, I ask them to remember that we continue to battle this pandemic.”

Zucker has faced calls to resign since Attorney General Letitia James last month released a report that estimated the official tally of nursing home deaths would increase by more than 50 percent if it included residents who died in hospitals.

The DOH steadfastly refused to disclose those deaths — including by fighting a Freedom of Information Law suit filed by the Empire Center for Public Policy — until several hours after James issued her findings.

In response, Zucker finally released figures that showed nearly 12,743 total deaths, up from 8,711 — representing just those residents who died in nursing homes — a day earlier.

During his introductory remarks Thursday, Zucker acknowledged that there were “too many” nursing home deaths and implicitly defended a since-rescinded, March 25 directive for the facilities to admit COVID-19 patients from hospitals — which critics have blamed for spreading the coronavirus among residents.

Zucker also pointed to a July report from the DOH that he said offered “a comprehensive assessment of what likely happened in nursing homes, here in New York and all over the globe.”

“The virus, despite our collective best efforts to prevent it, was inadvertently brought into the nursing homes by dedicated staff at a time when we did not know enough about the science,” he said.

nypost.com - 2 months ago
The chemistry, stability and durability Knicks coach Tom Thibodeau has established after a feel-good 11-14 start will now be put to the test with the Derrick Rose trade that was officially announced on Monday. For those afraid of the impact this will have
Read More

BTS record label is searching for the next K-pop sensation

nypost.com - 2 months ago
Don't let the notorious #BTSArmy hear about this: Music industry giants plan a reality television battle to find the next BTS.
Read More

nypost.com - 3 months ago
James Harden is taking fewer shots and scoring fewer points than he ever did in Houston. And he’s fine with that. Harden had offended some teammates in Houston by publicly admitting the Rockets weren’t good enough to win. After forcing a mega-deal that
Read More
More News & Articles