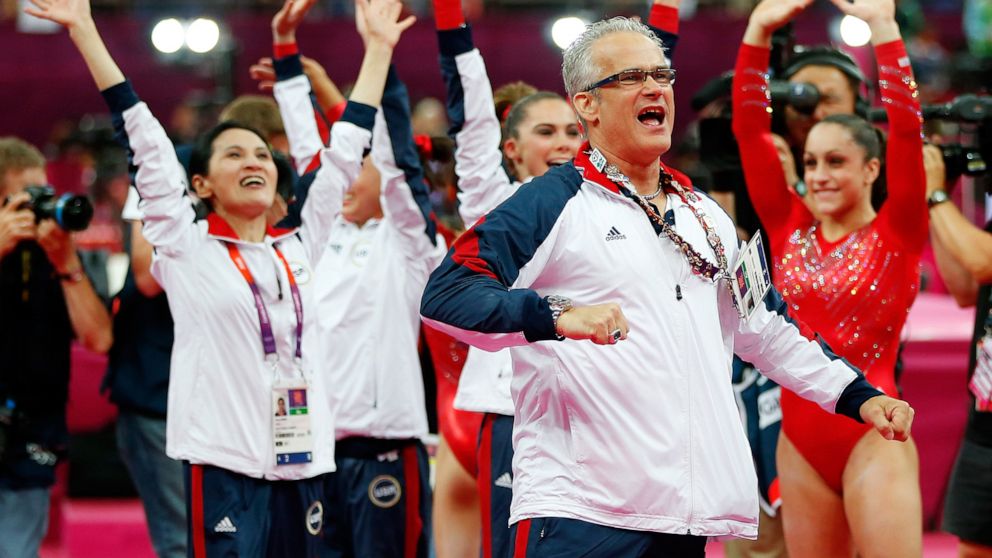 Former USA gymnastics coach John Geddert, who led the 2012 U.S. Olympic women’s gymnastics team to win gold, died by suicide Thursday after charges of human trafficking and sexual assault were announced against him.

“My office has been notified that the body of John Geddert was found late this afternoon after taking his own life," Michigan Attorney General Dana Nessel said in a statement Thursday afternoon. "This is a tragic end to a tragic story for everyone involved.”

The 63-year-old coach was charged with 24 felonies Thursday in Eaton County, Michigan. He was accused of physically, emotionally and sexually abusing gymnasts he coached at his gym, Twistars gymnastics club in Dimondale, Michigan, according to the complaint.

His young athletes were allegedly subjected to “excessive physical conditioning, repeatedly being forced to perform even while injured, extreme emotional abuse and physical abuse, including sexual assault," Nessel said at a Thursday press conference announcing the charges.

abcnews.go.com - 3 months ago
Deadly violence and repressive measures have alarmed observers as Uganda prepares to vote on Jan. 14
Read More

abcnews.go.com - 6 months ago
Taiwan’s defense ministry says one of its F-5E fighter jets has crashed during a training mission, killing the pilot
Read More

abcnews.go.com - 3 months ago
Dozens of officers were in Washington the day of the riot at the U.S. Capitol.
Read More

abcnews.go.com - 3 months ago
Scientists say 2020 was either the hottest year on record or a close second or third
Read More
More News & Articles