Polls show most Americans support the federal COVID-19 relief bill. But if they knew what’s in it, they might feel differently. The bill is an affront to the American ideal of equal treatment under law — and a slap in the face for people who want everyone
Author: Betsy McCaughey
Published: 2021-02-25 05:15 pm 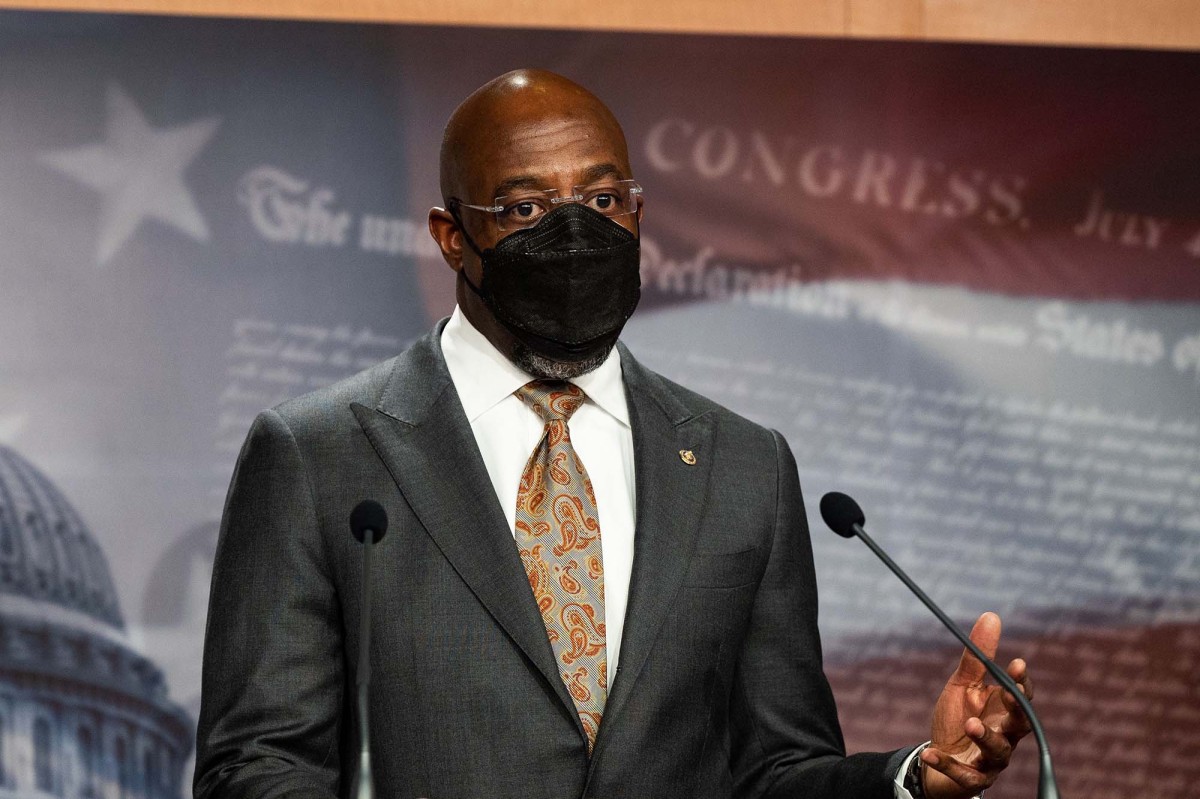 Polls show most Americans support the federal COVID-19 relief bill. But if they knew what’s in it, they might feel differently. The bill is an affront to the American ideal of equal treatment under law — and a slap in the face for people who want everyone helped fairly.

Section 1005 of the bill offers “socially disadvantaged” farm owners total debt forgiveness of up to hundreds of thousands of no-strings dollars per farmer. But white men needn’t apply. The bill’s definition of “socially disadvantaged,” drawn from elsewhere in federal law, limits aid to racial groups who faced historic discrimination.

Newly elected Sen. Raphael Warnock (D-Ga.), who proposed the measure, says it will make up for years of discrimination. Sorry, senator, but this is discrimination.

Discrimination likewise mars the bill’s aid to restaurants. It grants restaurant owners up to $5 million per facility to offset losses caused by lockdowns. That’s a lifeline for restaurants barely hanging on.

Here’s the hitch: Only women, veterans and owners of “socially and economically disadvantaged” concerns (again, defined racially elsewhere in federal law) may apply during the program’s first three weeks. Most white males go to the back of the line, even if their needs are more pressing.

Treating white male farmers and restaurant owners like second-class citizens violates the principle that we are all equal under the law, a principle guaranteed by the 14th Amendment to the US Constitution.

The pandemic is hurting everyone.

Many of New York’s dairy farmers are facing bankruptcy, because the restaurants that accounted for half the demand for their products aren’t buying. Yet the farm aid in the relief bill won’t reach many of these farmers; most are white men.

The bill looks more like reparations than COVID relief. It says farm aid is “for the purposes of addressing the longstanding and widespread discrimination against socially disadvantaged farmers.” Truth is, farmers have been struggling for a decade, and more than half lose money year after year. Minority-owned farms are generally less indebted than those owned by whites, though diminished access to credit may be part of the reason. White and minority farmers alike need debt relief.

Sen. Chuck Schumer crisscrossed the Empire State last weekend, bragging about his role in the relief bill and claiming credit for the $25 billion in aid to restaurants. He warned that 54 percent of New York restaurant owners won’t be able to survive the next six months without help. “They’re needed, because they’re one of the biggest employers in every community in New York, whether it’s urban, suburban . . . or rural.”

That’s the point, Senator. Instead of dwelling on racial or gender equity, the relief bill should focus on ensuring economic survival. All will benefit.

Then again, on taking office, President Biden pledged that his “priority will be black-, Latino-, Asian- and Native-American-owned businesses” and “women-owned businesses.” So it’s no surprise that Section 4201 of his relief bill sets aside more than $1 billion of loans for minority-owned businesses. As if they’re the only ones struggling.

In Gotham, 47 percent of small businesses have closed, and those still hanging on have lost nearly 60 percent of their revenue, according to TracktheRecovery.org. Minority businesses are often hardest hit, but government help should be based on need and viability, not a business owner’s sex or skin color.

It’s what the Constitution requires. When Oregon and Colorado set aside COVID relief funds for minority businesses only, white business owners sued, demanding equal treatment. If Congress enacts provisions discriminating against white men, the federal government should be sued, too.

As Congress debates the relief bill, Republicans should protest the racist giveaways. They’ve hardly been mentioned, and the public is unaware. More are on the way: Warnock and four other Democrats, including New York’s Sen. Kirsten Gillibrand, introduced a bill on Feb. 5 to give 32 million acres of farmland to black farmers over the next 10 years. None to whites. Reparations without the label. What’s next?

Racism won’t cure past racism. And it won’t unite the nation.

Betsy McCaughey is a former lieutenant governor of New York.

nypost.com - 7 months ago
Fox News’ Chris Wallace, the moderator for the first debate between President Trump and Joe Biden, announced the topics for next week’s event in Cleveland, according to the Commission on Presidential Debates. They are in no particular order: the Trump and
Read More

Florida vs. Kentucky line, prediction: Take the Over

nypost.com - 1 month ago
Kentucky has been far from an explosive team on offense this season, but things have clicked for the Wildcats in February, when they have scored 70 or more points in all six of their games. They will look to keep things rolling on Saturday against Florida
Read More

nypost.com - 2 months ago
MTA honchos on Wednesday insisted that benches weren’t actually removed from a Manhattan subway station to stop homeless people from sleeping on them — after outcry over the “cruel” move. MTA Chairman Pat Foye was asked in a City Council hearing by Speake
Read More
More News & Articles