An active weather pattern with several storm systems is moving through the country with heavy snow, damaging winds, severe thunderstorms and flooding rain.
Author:
Published: 2021-02-26 06:58 am 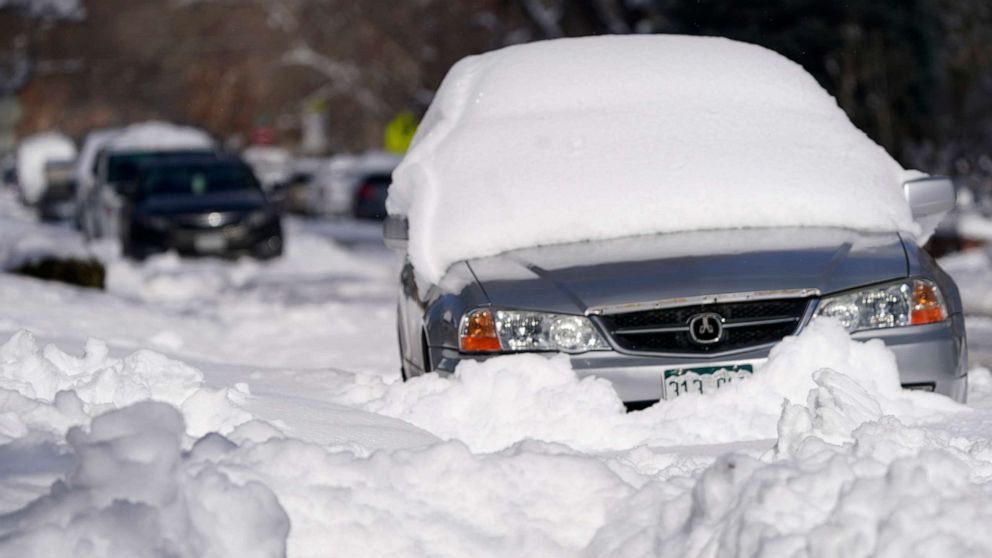 An active weather pattern with several storm systems is moving through the country, from West to East, with heavy snow, damaging winds, severe thunderstorms and flooding rain.

Hail was as large as 2 inches in diameter just north of Dallas.

On Friday morning strong thunderstorms will continue to move from Texas to Alabama, threatening to bring with them damaging winds and large hail.

This same storm system will move into the Northeast and the East Coast Friday night into Saturday with icy mix and snow from North Carolina to Maryland, where a winter weather advisory has been issued.

Snow may also fall on Saturday, from central Pennsylvania into upstate New York and New England, which could see 2 to 3 inches.

Along the I-95 corridor from Washington, D.C., to Boston, it should be mild enough for the precipitation to remain as all rain.

Heavy rain will continue off and on across the South through the weekend, from eastern Texas into Tennessee where flooding will be possible.

There, 3 to 5 inches of additional rain could fall through the weekend and into early next week.

Meanwhile, across the West, nine states are on alert, from California to Colorado, for damaging winds, heavy snow and high surf.

On Thursday more than 16 inches of snow fell just south of Denver.

In Southern California winds gusted at 98 mph just east of Los Angeles, where semi-trucks were overturned by the strong winds.

On Friday and through the weekend, as the storm track remains active, more snow is expected for the Cascades and the Rockies, where 1 to 3 feet of additional snow is possible.

Some computer weather models are hinting a swath of snow is possible for the Upper Midwest and the western Great Lakes this weekend, from the Dakotas to Minnesota and into Wisconsin and Michigan's Upper Peninsula. Some areas could even see up to a half a foot.

abcnews.go.com - 1 month ago
The civilian leader of Myanmar’s government in hiding has vowed to continue supporting a revolution to oust the military that seized power in last month’s coup
Read More

abcnews.go.com - 3 months ago
Israel has extradited a woman wanted on 74 charges of child sex abuse in Australia
Read More

Protest near Masters pushes back against Georgia voting law

abcnews.go.com - 7 days ago
Two dozen protesters turned out during third round to object to new voting law.
Read More

In Dubai's COVID vaccine scramble, Sikhs serve doses to all

abcnews.go.com - 2 months ago
The coronavirus pandemic is surging to new heights in the United Arab Emirates and residents are scrambling to get vaccines
Read More
More News & Articles