The court said many of the 83-strong crew were mentally and physically abused during their captivity.
Author:
Published: 2021-02-26 06:52 am 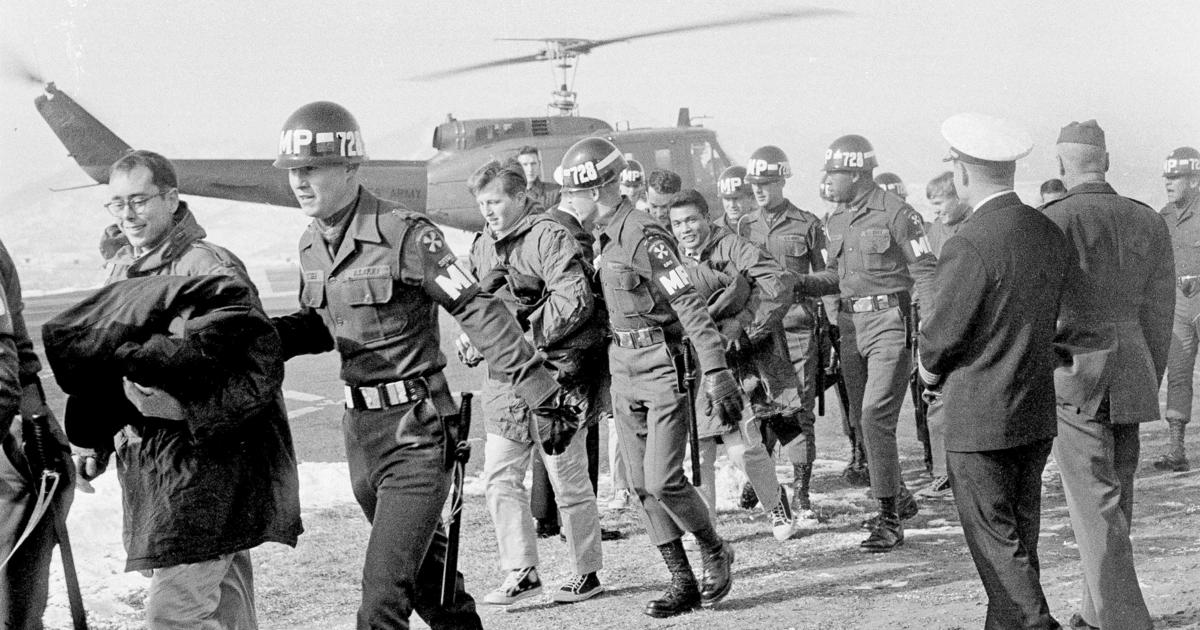 A U.S. federal court has ordered North Korea to pay $2.3 billion in damages to the crew and family of the spy ship USS Pueblo, who were tortured and mistreated for 11 months in 1968 after being captured by the North Korean navy. The Washington federal court said that the surviving members of the crew and families of those now dead are owed compensatory damages for confinement and suffering of $1.15 billion and doubled that for punitive damages against Pyongyang.

It said many of the 83-strong crew, one of whom was killed by the North Koreans when they seized the Pueblo on January 23, 1968, were mentally and physically abused during their captivity.

In addition, wrote Alan Balaran, the government-appointed "special master" in the case to decide how damages were to be apportioned, most suffered long-lasting after-effects, both psychological and physical.

"As a result of the barbarity inflicted by the North Koreans, almost all required medical and/or psychiatric intervention," Balaran wrote.

"Many have undergone invasive surgical procedures to ameliorate the physical damage resulting from the relentless torture they underwent as prisoners," he wrote. "Several have attempted to numb their pain through alcohol and drugs, and most have seen their domestic and/or professional lives deteriorate. A few have contemplated suicide."

The lawsuit was only brought in 2018 after the U.S. Justice Department ruled that, despite a law giving foreign government's broad immunity from suits in U.S. courts, they could be sued if the government had been designated a state sponsor of international terrorism.

In late 2017 the Trump administration officially declared North Korea a sponsor of terror.

The Pueblo was on its first voyage as a U.S. Navy spy ship, under the guise of an environmental research vessel.

Pyongyang says it was in North Korean waters when it was captured, which Washington denied.

But it came as the U.S. was mired in a war in Vietnam and just as North Korean operators entered South Korea and tried to assassinate president Park Chung-hee.

That effort failed, but a number of South Koreans were killed and the seizure of the Pueblo crew complicated Seoul's desire to respond militarily.

The crew was freed after nearly a year of negotiations in December 1968, but Pyongyang held onto the Pueblo, making it into a museum.

The U.S. Navy still maintains it on its roster of active ships.

The court, in a final ruling on Wednesday, awarded damages of $22 million to $48 million to each of the 49 surviving crew members, and smaller sums to about 100 family members.

North Korea was not represented in the case, and it was not clear whether and how the victims expected to recover damages.

The ship now sits in the Potong River on the edge of the sprawling "Victorious Fatherland Liberation War Museum" complex in central Pyongyang, where thousands of North Koreans are brought each day to hear the North's version of how their country, against all odds, defeated the Americans in the 1950-53 Korean War and has been fighting off the hostile Goliath ever since.

The Associated Press contributed to this report.

www.cbsnews.com - 2 days ago
Parts of California are under states of emergency as a massive wildfire rages. CBS News correspondent Danielle Nottingham has details for CBSN.
Read More

Open: This is Face the Nation, August 3

www.cbsnews.com - 3 weeks ago
The latest on the Ebola outbreak in West Africa and the fighting in the Gaza Strip between Israel and Hamas with Sen. Saxby Chambliss, R-Ga., Director of the Centers for Disease Control Dr. Tom Frieden, former New York City Mayor Michael Bloomberg, White
Read More

www.cbsnews.com - 2 weeks ago
Nick Ortner, best-selling author of "The Tapping Solution," claims that tapping, also known as the Emotional Freedom Technique (EFT), can help calm the body in times of stress or crisis. He teaches us this technique to help manage stress without using
Read More
More News & Articles