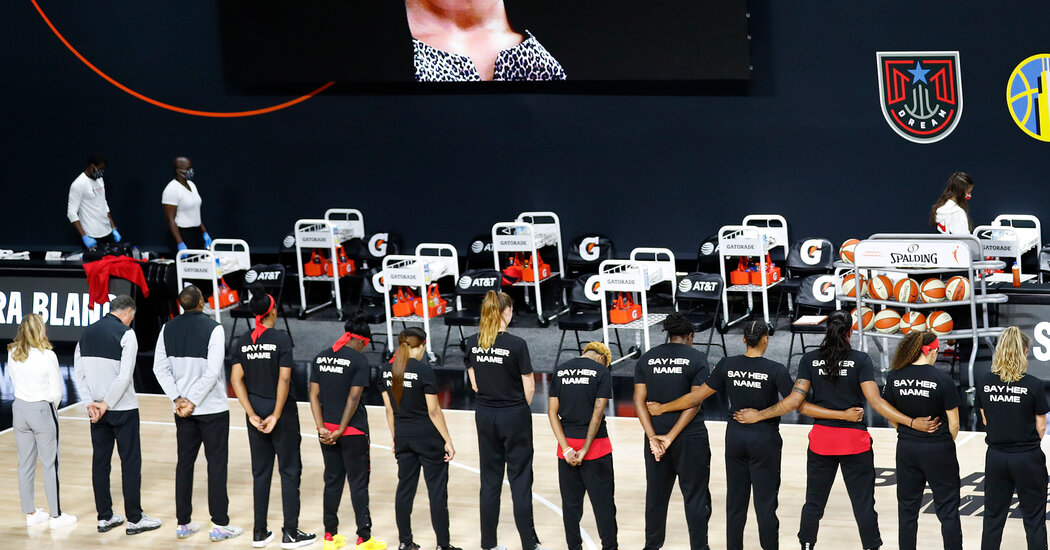 The W.N.B.A.’s Atlanta Dream, which had been co-owned by former Senator Kelly Loeffler of Georgia, are being sold to an ownership group that includes Larry Gottesdiener, the chairman of the real estate equity firm Northland, Suzanne Abair, the firm’s chief operating officer, and Renee Montgomery, a former star of the team. Gottesdiener will be the majority owner.

The team had long been on the market, but talks to sell ramped up in recent months. The Dream had been in the spotlight over the past year after its players, most of whom are Black, publicly denounced Loeffler, a Republican, for attacking the Black Lives Matter movement. The players’ union called for Loeffler’s ouster, and players across the league campaigned for the Rev. Raphael Warnock, a Democrat who was running for her Senate seat. Commissioner Cathy Engelbert said the league would not force Loeffler to sell her stake, but also said that her comments did not align with the league’s values.

Over the summer, Loeffler repeatedly said that she would not sell her stake in the team. She attributed the criticism of her to “cancel culture,” though her efforts to sell the franchise were essentially an open secret.

Loeffler lost to Warnock in a runoff election in January for the Senate seat she had been appointed to, helping give Democrats control of the Senate. Loeffler said this week that she was considering running again.

After Warnock’s victory, Montgomery told The New York Times: “This isn’t the first time that we’ve seen an owner or even a sponsor of a team not align with a team’s thought process. So it’s always going to be a battle, but right now I’m just excited for a win.”

Mary Brock, who owned a majority of the team and has since 2011, stayed silent about Loeffler’s Black Lives Matter comments and the backlash from players over the summer. In January, LeBron James, the N.B.A. star, suggested that he might put together an ownership group for the team. Other sports luminaries, like the former N.B.A. star Baron Davis and baseball’s Mookie Betts, had also been linked to sale talks.

This is a developing story.

www.nytimes.com - 2 months ago
Andy Mills, who helped make “Caliphate,” about the Islamic State, became the focus of complaints by former colleagues after a corrective editors’ note in December.
Read More

Trump Appointee Stands Between Biden’s Team and a Smooth Transition

www.nytimes.com - 5 months ago
Emily W. Murphy, the administrator of the General Services Administration, must formally recognize President-elect Joseph R. Biden Jr. for the transfer of power to begin.
Read More

Navalny Prepares to Fly to Moscow, Despite Threat of Arrest

www.nytimes.com - 3 months ago
Aleksei Navalny, Russia’s most prominent opposition leader, says he will fly home from Germany on Sunday. The Russian authorities have said they will “take all actions” to detain him.
Read More

www.nytimes.com - 11 months ago
Authorities are seeking Peter Manfredonia, 23, who was last seen in the Poconos of Pennsylvania.
Read More
More News & Articles