What you need to know about Khashoggi's killing 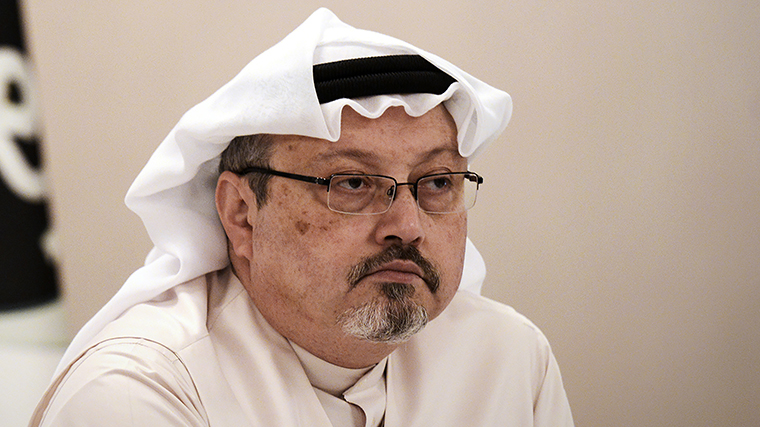 The US just released an intelligence report about the 2018 killing of Jamal Khashoggi, a Saudi journalist and a Washington Post columnist. Khashoggi was critical of Saudi Arabia and Crown Prince Mohammed bin Salman’s policies.

He was killed and allegedly dismembered on Oct. 2, 2018, in the Saudi consulate in Istanbul by men with close ties to the highest levels of the Saudi government and bin Salman.

Shortly after Khashoggi's killing, the CIA assessed with high confidence that Saudi Arabia's Crown Prince Muhammad bin Salman had personally ordered the murder. In June 2019, a United Nations investigator found that it was "inconceivable" the royal heir hadn't been aware of the operation.

Then-President Trump, however, refused to condemn the Saudi prince, even after it became clear that Saudi Arabia's initial claims that Khashoggi's killing was a rogue operation were baseless. Instead, Trump dismissed intelligence that the prince had had a hand in the killing, saying that "maybe he did, maybe he didn't," and stressing that billions of dollars in US arms sales to Saudi Arabia weren't worth sacrificing over the matter.

www.cnn.com - 4 months ago
The UK became the first country to begin administering a fully vetted and approved Covid-19 vaccine this week, starting with the elderly and frontline health workers.
Read More

It's the No. 1 priority for new surgeon general

www.cnn.com - 4 years ago
Dr. Jerome Adams was confirmed as the US surgeon general this week, pledging to take on the country's opioid epidemic. Adams, who was nominated for the role by President Donald Trump, is the 20th surgeon general to hold the position.
Read More

What Joe Biden is bringing back to the Oval Office

www.cnn.com - 4 months ago
The spirit of the season promises "goodwill to all men." But practicing good faith in politics seems like a fool's errand these days.
Read More

Behind the scenes as Pope makes historic trip

www.cnn.com - 1 month ago
CNN's Delia Gallagher was on board the papal plane as Pope Francis traveled to Iraq. It was the first time a pope has visited the country.
Read More
More News & Articles