Rescue dog that nobody wanted saves life of new owner 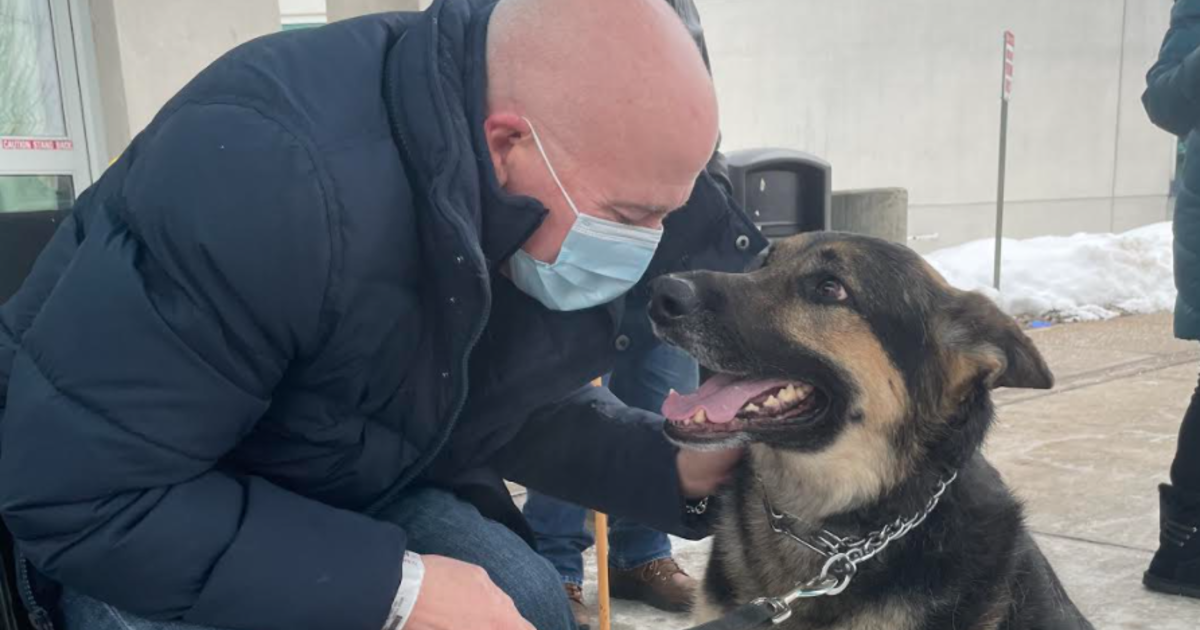 The Ramapo-Bergen Animal Refuge in New Jersey is a shelter of last resort.

"Our purpose is really to take the ones that don't have anywhere else to go. And that was Sadie," said executive director Megan Brinster.

Sadie was nearly 100 pounds and she wasn't great with men, which is why three other shelters turned her away. It's also why Brian Myers adopted her.

"I thought, let me give this dog a chance because she's beautiful and I think I can work through her issues," Myers said.

He thought he was rescuing her. Little did he know he was saving his savior.

"I was very lucky to have her the night that I had the stroke," Myers said. "I was getting up out of the bed and as soon as I stood up here, I fell straight down. And my cellphone was over there. And that's when I grabbed her collar and she pulled me out of this little space here."

Sadie pulled him across the room to his phone.

"As far as I know she had never been trained as a service dog or anything," Myers said.

"When you have a dog who has lost something — all the dogs that come here have lost a family, a person, or they never quite had that. So when they make that connection, you really become their world," Brinster said.

Myers said Sadie constantly tracks him. Obviously she was there the night he needed her most. Myers was rushed to Englewood Health in Englewood, New Jersey, that night. He spent a couple weeks in treatment and rehabilitation. Just before his release, he had a very grateful visitor.

"She just immediately jumped on me and was kissing my face, knocked my glasses and my mask off, and I just thought, I love this dog," he said.

You don't need to be Doctor Dolittle to hear Sadie say, "I love you, too."

www.cbsnews.com - 3 months ago
House Speaker Paul Ryan was a bit more enthusiastic about Donald Trump as his party's presumptive presidential nominee after the two met on Capitol Hill -- but he stopped short of giving an endorsement. Ryan would not say if or when he might endorse Trump
Read More

www.cbsnews.com - 3 months ago
On the first day of Bill Cosby's criminal trial, a key witness for the prosecution took the stand and told jurors Cosby forced her to take a pill and made her touch his private parts -- an incident similar to Andrea Contand's, the woman Cosby is accused o
Read More

U.S. closing in on 50 million vaccine doses — who's getting them?

www.cbsnews.com - 6 months ago
The CDC has released its first comprehensive look at the state of the nationwide vaccine campaign so far.
Read More
More News & Articles