He’s one of the greatest golfers of all time — but to the firefighters who saved his life, he was just another victim who needed their help. Firefighters who rescued Tiger Woods from his mangled SUV following Tuesday’s single-car crash in California
Author: Elizabeth Elizalde
Published: 2021-02-26 10:48 pm 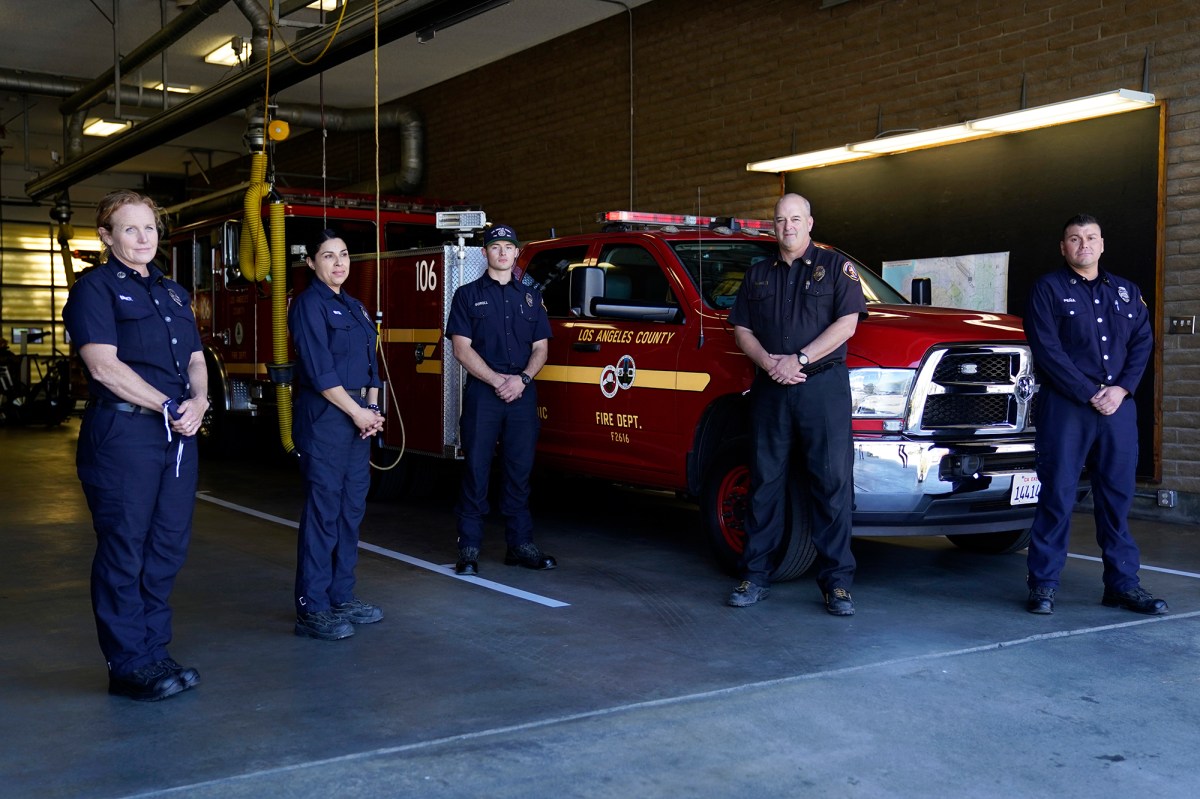 He’s one of the greatest golfers of all time — but to the firefighters who saved his life, he was just another victim who needed their help.

Firefighters who rescued Tiger Woods from his mangled SUV following Tuesday’s single-car crash in California recalled an ax was used to get him out safely — and one noted he was “just another patient.”

Cole Gomoll, a firefighter with Fire Station 106 in Rolling Hills Estates, says he used a 6-pound ax to chop up Woods’ 2021 Genesis SUV, where he saw the famous athlete trapped inside and tangled up in his seatbelt.

Woods was immediately rushed to Harbor UCLA Medical Center, where he underwent surgery for his leg fractures.

The rescue took 12 minutes, and it was initially reported as a traffic collision with a person trapped inside a vehicle.

Firefighters say anyone in Woods’ position would have received the same treatment.

“His identity really didn’t matter in what we do,” Capt. Jeane Barrett added.

Capt. Joe Peña said he didn’t know who was in the car until a sheriff’s deputy told him.

On Thursday, Woods was transferred from Harbor-UCLA Medical Center to Cedars-Sinai Medical Center for “continuing orthopedic care and recovery,” according to hospital officials.

A post on his Twitter account Friday night said he “received follow-up procedures on his injuries this morning. The procedures were successful, and he is now recovering and in good spirits.”

nypost.com - 1 month ago
​Former CIA Director John Brennan says he is “increasingly embarrassed” to be a white man. The comment was made on MSNBC Monday, during a conversation about the weekend’s Conservative Political Action Conference, how the storming of the Capitol was
Read More

nypost.com - 6 months ago
CAPE CANAVERAL, Fla. — NASA’s first new space potty in decades — a $23 million titanium toilet better suited for women — is getting a not-so-dry run at the International Space Station before eventually flying to the moon. It’s packed inside a cargo ship
Read More

nypost.com - 4 weeks ago
PORT ST. LUCIE — Grapefruit League statistics often deceive, but the sound of the ball connecting with Pete Alonso’s bat this spring is unmistakably real. On a mission to stay disciplined at the plate and return to his rookie 2019 level, the Mets first
Read More
More News & Articles