Graham: 'I'm All For' Syria Strikes

On Friday’s broadcast of Fox News Radio’s “Brian Kilmeade Show,” Sen. Lindsey Graham (R-SC) expressed support for the recent airstrikes in Syria. Graham said, “I talked to Secretary of State Blinken this morning about that and other things. And I
Author: Ian Hanchett
Published: 2021-02-27 03:49 pm 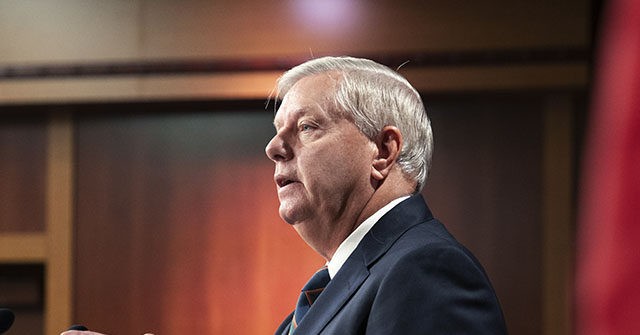 Graham said, “I talked to Secretary of State Blinken this morning about that and other things. And I told them they had my full support. What’s happening here is that they’re staging these operations in Iraq out of Syria. Syria’s become somewhat of a safe haven for Hezbollah and Shiite militia groups in Iraq. So, they stage in Syria. Hitting them in Syria I thought was a smart move. You don’t have the problems you do if you hit in Iraq with the political system. … So, I support this. This is the place where they were supplying weapons and material to folks inside of Iraq hitting our troops and our diplomats. So, I’m all for it. The more the better.”

www.breitbart.com - 2 months ago
Nigel Farage has speculated that the case of a woman murdered and dismembered in Exeter is receiving little attention compared to Sarah Everard because the suspect is a migrant and the killing does not help the "anti-police" agenda.
Read More

www.breitbart.com - 8 months ago
A self-described "African reparationist" called for the creation of a pan-African superstate at an Extinction Rebellion climate change protest in London.
Read More