PORT ST. LUCIE — At this time last year, Pete Crow-Armstrong was beginning his senior season at the baseball factory known as Harvard-Westlake High School in Los Angeles. Now, after a year that was anything but normal in between, he is getting his first
Author: Greg Joyce
Published: 2021-02-28 04:50 am 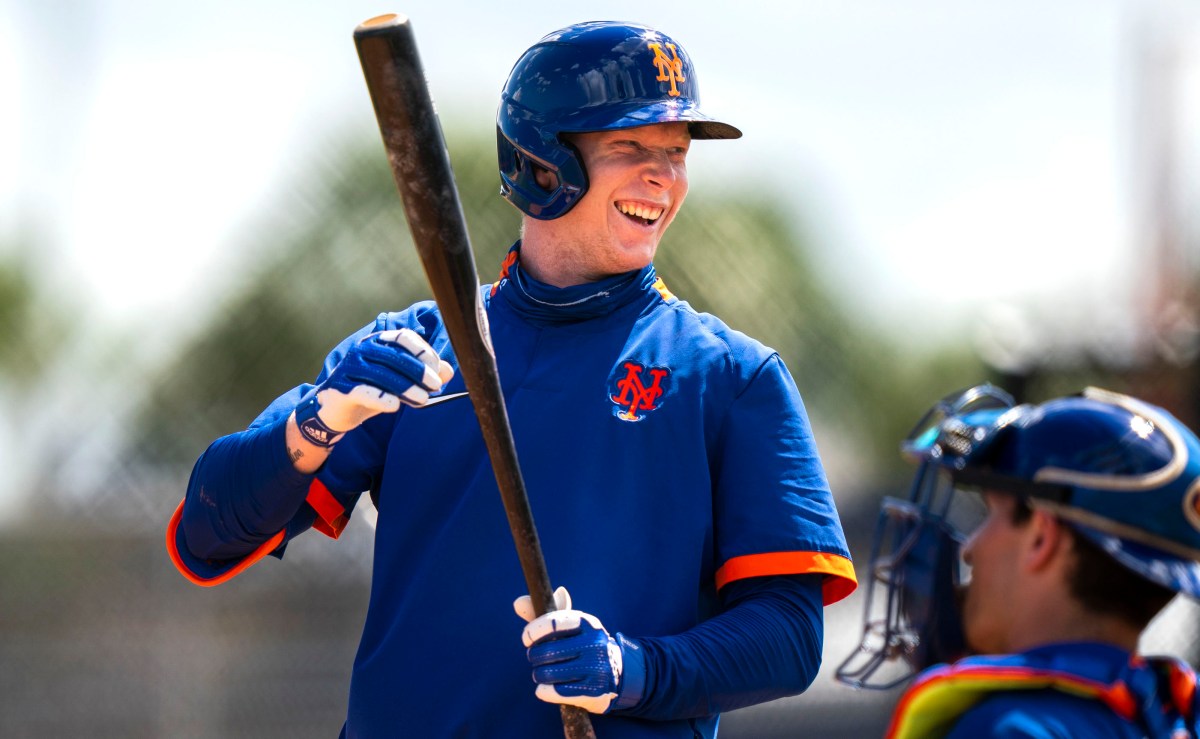 Now, after a year that was anything but normal in between, he is getting his first taste of big league spring training at the age of 18 while waiting to take his first professional at-bat — even if he didn’t picture himself here when the Mets drafted him with the 19th-overall pick last June.

“I was shocked,” Crow-Armstrong said Saturday after a full-squad workout. “I was in Scottsdale working out and doing my thing over there. I got the call from [executive director of player development] Kevin Howard and it was a good conversation. He made it very clear, he was like, ‘You’re not here to make the team.’ That’s something that everybody knew, right? Crazy year again, but a year that allowed me to be here. So I was surprised but I was also super happy, obviously.

“It’s been a long time coming. I’ve been anticipating getting together with a bigger sample size of Mets people and I’m lucky that it happened this month.”

In a regular year, Crow-Armstrong would have made his pro debut last summer. Instead, after COVID-19 wiped out the minor league season, he spent the months following the draft working out — in the gym six days a week to get his body stronger for his new full-time job and hitting in the batting cage five to seven days a week, he said.

Crow-Armstrong later went to the Mets’ instructional league in October, which was his first real introduction to the organization before spring training. Now, the Mets’ No. 5 prospect, per MLB.com, is trying to soak in the experience while learning from a group that includes Kevin Pillar, Albert Almora Jr. and Mallex Smith.

“Being out here, it’s been way better than I even expected,” Crow-Armstrong said. “I don’t know what I came in here thinking, but in the last week I’ve learned a lot more than I’ve learned in the last year.”

Manager Luis Rojas said he had heard about Crow-Armstrong’s maturity, defense, home-plate discipline and awareness — which has checked out early in camp. Especially his defense.

“I’ve been on his field a few times, and I’ve been throwing BP and I turn around and I see him make an outstanding catch,” Rojas said. “He’s been making diving catches in BP. We have to tell him to take it easy sometimes. But he’s pretty confident out there.”

nypost.com - 3 months ago
WASHINGTON — House Speaker Nancy Pelosi warned her fellow lawmakers that President Trump “must go” during a fiery impeachment opening debate that saw GOP Rep. Jim Jordan accuse Democrats of wanting to “cancel” the president. “He must go. He is a clear and
Read More

nypost.com - 6 months ago
The drama of Week 5 is in the rearview mirror after multiple games were rescheduled and blue chip players like Dak Prescott suffered serious injuries. The bye weeks are now in full swing, meaning you will need to remove any Seahawks, Saints, Raiders and
Read More

Rangers know convincing win needs to be start of something more

nypost.com - 1 month ago
The thorough 6-2 home victory over the Bruins on Friday night was encouraging for the Rangers. But so were other victories: over the Penguins, Islanders and Capitals (twice). The key is what follows that dominant win, starting Sunday at the Garden, agains
Read More