NEWARK, N.J. — Alex Ovechkin broke a second-period tie and the streaking Washington Capitals welcomed back top goaltender Iyla Samsonov from an extended absence because of COVID-19 with a 3-2 victory over the skidding Devils on Sunday. Samsonov made 19
Author: Associated Press
Published: 2021-02-28 07:47 pm 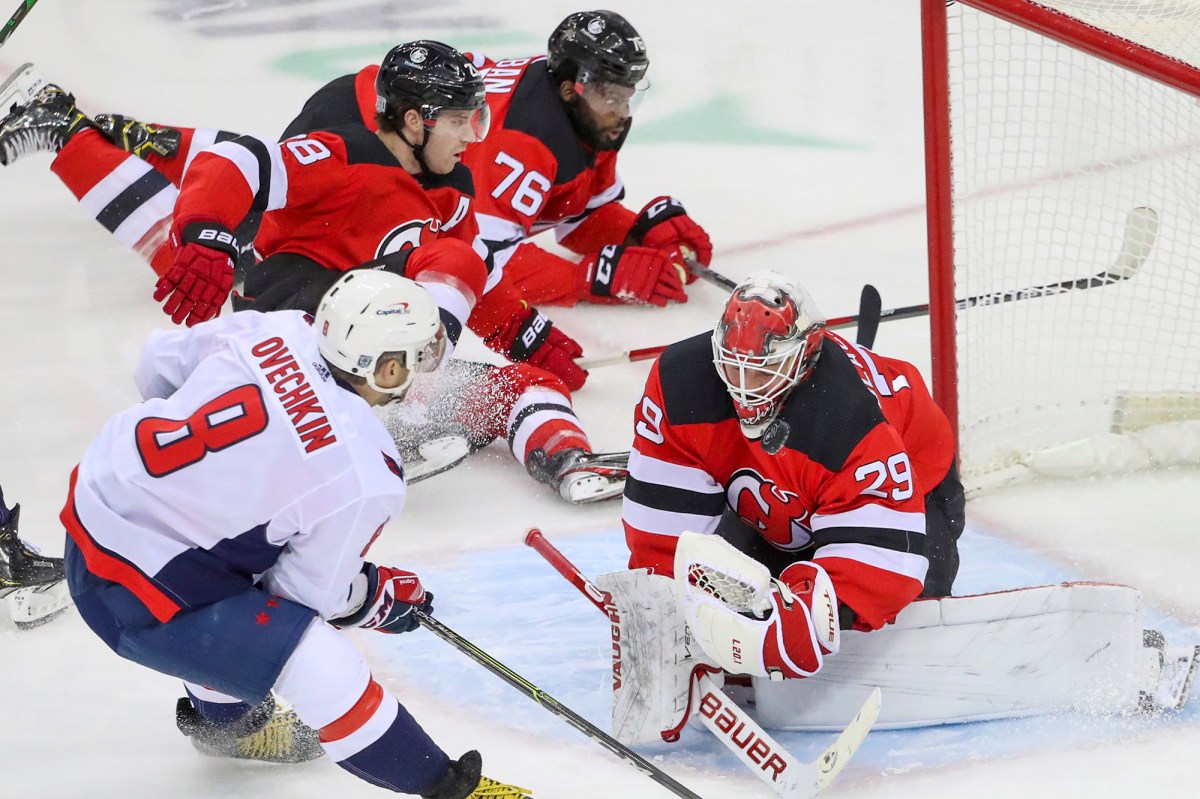 NEWARK, N.J. — Alex Ovechkin broke a second-period tie and the streaking Washington Capitals welcomed back top goaltender Iyla Samsonov from an extended absence because of COVID-19 with a 3-2 victory over the skidding Devils on Sunday.

Samsonov made 19 saves and looked shaky at times in helping Washington win its third straight game and sixth of eight (6-1-1). Nicklas Backstrom and Jakub Vrana also scored as the Caps swept a weekend series at the Prudential Center.

“It was great to see him back there and it was great to get him a win in the first game he is back to,” Backstrom said of Samsonov.

“I thought they had some really good chances there in the third and he really played solid back there. I mean I think when the season has been a little bit like his so far, it’s good with confidence.”

Washington coach Peter Laviolette said Samsonov, who had played in four recent games with Hershey of the AHL, started slowly.

“I thought he got stronger as the game went on, and then when it’s 3-2 and the game’s hanging in the balance, I actually thought that was when he was at his best,” Laviolette said.

Rookies Mikhail Maltsev and Yegor Sharangovich scored for New Jersey, which has lost five of six. Mackenzie Blackwood had 20 saves.

Ovechkin, who had only one goal in his past eight games, snapped a 2-all tie at 13:37, beating Blackwood with a wrist shot from between the circles on a quick counter. It was his seventh of the season and 362nd on the road, tying him for second all time in the NHL with Steve Yzerman. Wayne Gretzky is No. 1 with 402.

Devils forward Nikita Gusev had failed to get off a shot in close in a 1-on-1 against Samsonov seconds earlier.

Laviolette said ‘The Great 8’ was in high gear all game.

Samonsov, who was making his first NHL start since Jan. 17, was beaten between the arm and body on both goals. Maltsev gave New Jersey an early 1-0 lead and Shrangovich tied it less than a minute after Backstrom scored his team-high 10th.

Samsonov made a last-second save on a shot by Pavel Zacha and then got lucky when a rebound attempt by Kyle Palmieri hit Caps defenseman John Carlson in the back as he was battling in the crease.

“I have to do a better job, that’s the game on my stick,” Palmieri said. “I mean, every season is going to have its ups and downs and successes and failures and right now maybe more failures than we would have liked.”

Vrana scored his second in as many games to tie it 1-all in the first period.

nypost.com - 5 months ago
The Louisiana pastor under fire for allegedly holding church services in violation of state coronavirus restrictions filed an emergency petition with the Supreme Court this week, seeking relief from criminal charges brought against him, according to a new
Read More

nypost.com - 4 months ago
President Trump’s former lawyer Michael Cohen filed a lawsuit Monday arguing that he deserves early release from home confinement under a sentencing reform signed by the president. Under the First Step Act, Cohen says he “could be eligible for release in
Read More

nypost.com - 7 months ago
A Great Dane named Ralph is being hailed as a hero by an Alabama family for alerting them to a raging fire that destroyed their home. Derek Walker, of Birmingham, said he was sleeping along with his wife and two children at about 2:30 a.m. Tuesday when he
Read More

nypost.com - 7 months ago
A Lancaster County, Pa., judge is expected to revisit the whopping $1 million bail set for each of several accused rioters after some of them hired private attorneys and filed petitions protesting the amount, according to a report on Wednesday. Magisteria
Read More
More News & Articles