Homeland Security Secretary Alejandro Mayorkas blamed the Trump administration for the current crisis at the southern border Monday, saying that they “dismantled our nation’s immigration system in its entirety.” Speaking to reporters at a White House pres
Author: Emily Jacobs
Published: 2021-03-01 02:12 pm 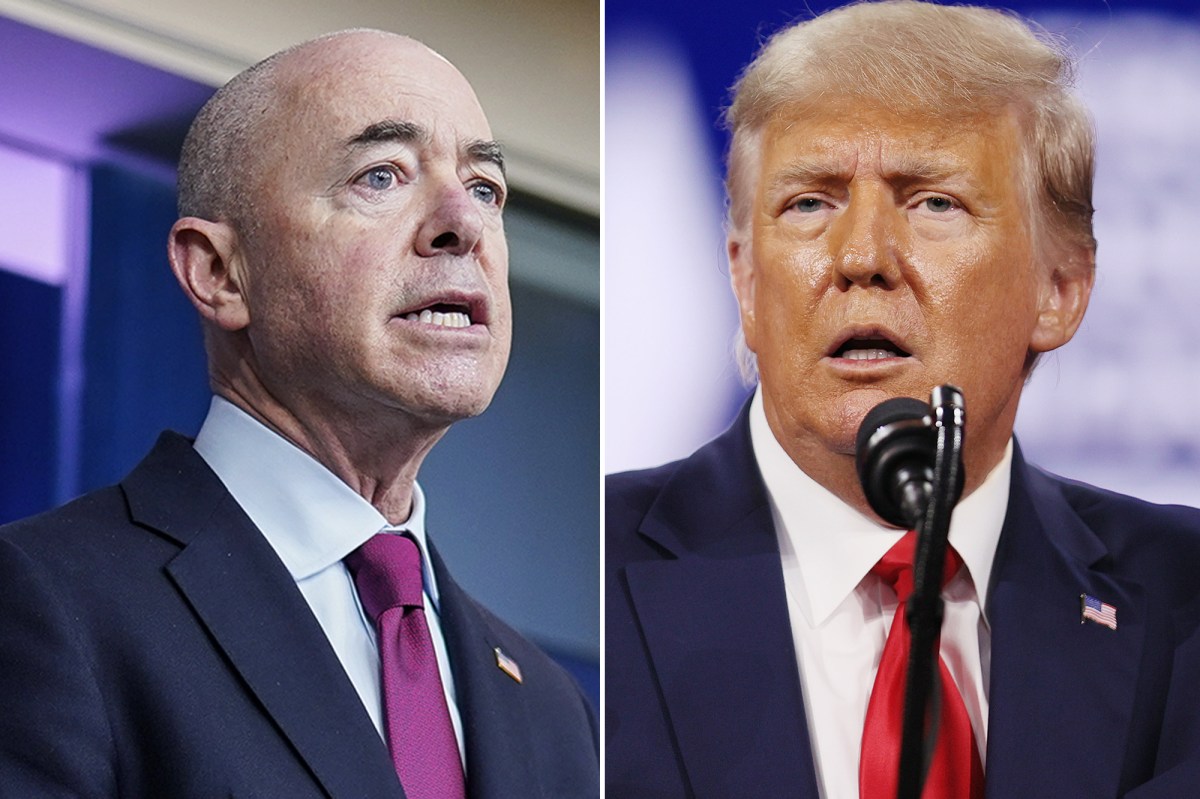 Homeland Security Secretary Alejandro Mayorkas blamed the Trump administration for the current crisis at the southern border Monday, saying that they “dismantled our nation’s immigration system in its entirety.”

Speaking to reporters at a White House press briefing, Mayorkas referenced President Trump by name and targeted his policies to kick off his remarks.

“Let me explain to you why [fixing the broken immigration system] is hard and why it is going take time. I think it is important to understand what we have inherited because it defines the situation as it currently stands. Entire systems are not rebuilt in a day or in a few weeks,” he began, “To put it succinctly, the prior administration dismantled our nation’s immigration system in its entirety.”

“Quite frankly, the entire system was gutted.”

The DHS secretary went on to note that the Trump administration had shuttered the Central American Minors Refugee program, as well as cut off funding to Northern Triangle countries, Guatemala, El Salvador and Honduras, which he claimed was to blame for the current situation on the border.

He also alleged that the previous administration entered into contracts that “were unlawful, or against the interest of the United States Department of Justice,” going on to say “that’s just the tip of it.”

“It takes time to build out of the depths of cruelty that the administration before us established. What we are seeing now at the border is the immediate result of the dismantlement of the system and the time that it takes to rebuild it virtually from scratch.”

Mayorkas’ comments came before reporters had been given the chance to ask any questions, making it clear he was likely expecting questions on the burgeoning crisis at the US-Mexico border, a crisis that has erupted in the month since President Biden was sworn in.

The US has seen spikes of over 100 percent in illegal border crossings from this time last year.

The US Customs and Border Protection revealed in a report last month that the number of migrants apprehended at the border in the month of January reached nearly 78,000, up from 36,679 in January 2020.

Single adult Mexican citizens accounted for more than 37,000 CBP encounters, a 119 percent increase from this time last year, according to the agency.

The crisis has become so clear that Mexican President Andrés Manuel López Obrador said last month that migrants believed the borders were open under President Biden.

nypost.com - 3 months ago
GitHub’s human resources boss has resigned over the company’s firing of a Jewish employee who warned his colleagues in Washington to watch out for Nazis. The Microsoft-owned platform — which software developers use to share and collaborate on code — said
Read More

Joe Douglas should go with his gut for Jets coaching call

nypost.com - 3 months ago
Tom Coughlin was the fourth and last head coach Ernie Accorsi hired as an NFL general manager — after Marty Schottenheimer, Bud Carson and Bill Belichick in Cleveland — and he likes to tell the story of the day he was ultimately sold on Coughlin to be hea
Read More

nypost.com - 3 months ago
This might be a bridge too far. Bridget Anne Kelly, a former aide to Chris Christie who was engulfed in the “Bridgegate” scandal, is weighing a run for public office. The Bergen County Republican Party has asked Kelly if she’d be interested in running for
Read More

Cardi B’s booty-bouncing new single ‘UP’ busts it down

nypost.com - 2 months ago
If it’s UP, then it’s stuck. I know that’s right! Cardi B is hitting fans with that “good, good” on her new single, “UP.” Dropping her latest bop along with booty-bouncing visuals Thursday night, Cardi, 28, set the tone for 2021. Kicking off her music
Read More
More News & Articles