Governor Cuomo has suffered a rapid fall from grace. But it should come as no surprise: his image was puffed up by an adoring national media that needed a foil to its bête noire Donald Trump. Now that his doppelganger from central Queens is off the stage,
Author: Seth Barron
Published: 2021-03-01 04:26 pm 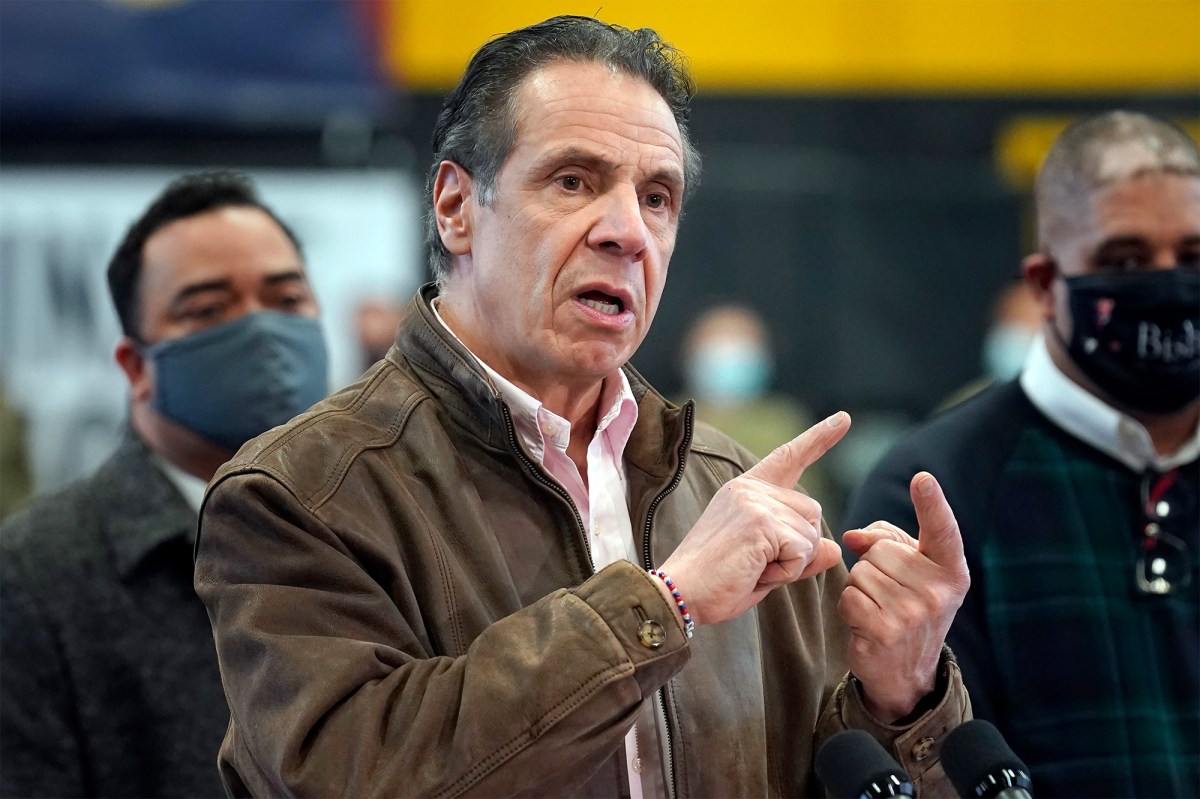 Governor Cuomo has suffered a rapid fall from grace. But it should come as no surprise: his image was puffed up by an adoring national media that needed a foil to its bête noire Donald Trump. Now that his doppelganger from central Queens is off the stage, there’s no reason to waste more breath on the hyper-inflated zeppelin that is Andrew Cuomo’s ego.

But what now? On top of the recognition that the national hero of the COVID crisis in fact made a hash of the response — consigning thousands of vulnerable people to death in nursing homes that were unequipped to handle a highly contagious disease, and then covering up and lying about it — he now faces a series of harassment claims from female assistants.

It seems unlikely that Cuomo will ever resign. His image is deflated, but his ego remains intact.

Republicans and a few Democrats, such as Assemblyman Ron Kim, have therefore called for impeachment.

As at the federal level, impeachment in New York state would require a majority vote from the Assembly, followed by a trial in the state Senate. Two-thirds of the senators would have to vote to convict.

There has only been one such proceeding in state history, in 1913, when Gov. William Sulzer crossed Tammany Hall, which then managed to impeach and remove him on embezzlement charges.

New York has no other mechanism, such as popular recall, to get rid of a statewide official.

The governor doesn’t have a lot of friends, but has carefully cultivated a few key allies throughout mainline state Democratic politics. Carl Heastie and Andrea Stewart-Cousins, the leaders of the state assembly and senate respectively have been muted in their condemnations, not even agreeing to consider removing the governor’s pandemic-related emergency authority.

New York vests enormous power in its executive, and for now at least Andrew Cuomo remains the skipper. We are in the middle of budget season, there is a $200 billion pile of pork ready for distribution, and the governor decides which end of the trough gets filled up first. Some will feast, and some will starve; as long as it’s uncertain where things are headed right now, Albany’s good soldiers will remain obediently in line.

But Cuomo’s dreams of a fourth term in office, or even more starry-eyed fantasies of the Presidency, are surely over now. Assuming he isn’t forced from Albany by new or more shocking revelations of abuse, he will remain in place, a shrunken, reduced version of himself. And New Yorkers will have to confront, again, a failed political culture that is destroying a once-great state.

Seth Barron is managing editor of The American Mind and ­author of the forthcoming book “The Last Days of New York.”

nypost.com - 3 months ago
More than a decade after Brett Favre was accused of sending inappropriate texts to a female game-day host with the Jets, the Mets fired GM Jared Porter on Tuesday morning due to another sexting scandal. Jennifer Decker, known as Jenn Sterger when she
Read More

BaubleBar discounts masks to four for $12 during buy one, get one sale

nypost.com - 3 months ago
Wearing a mask remains a key tool to help fight the current pandemic and keep yourself and others safe. And if you’re in need of some new masks, BaubleBar is offering a great New Year’s deal on some quality and affordable mask picks. For a limited time,
Read More

Am I wrong in expecting a thank-you note after a job interview?

nypost.com - 2 months ago
Maybe I’m old-fashioned, but it really bugs me when applicants don’t send a thank-you note after an interview. There are candidates that I really like who I would consider hiring, but I don’t even want to invite them back for a second interview when they
Read More

nypost.com - 6 months ago
Massive government spending to battle the coronavirus pandemic will push public debt to a record of nearly 100 percent of global economic output this year, but the run-up may be a one-off event if growth rebounds next year, the International Monetary Fund
Read More
More News & Articles