Disney Chief Executive Bob Chapek said the pandemic has likely permanently narrowed the window for movies to play only in theaters. Pre-pandemic, cinemas depended on an exclusive 90-day window to screen films before they were made available to home
Author: Alexandra Steigrad
Published: 2021-03-02 11:56 am 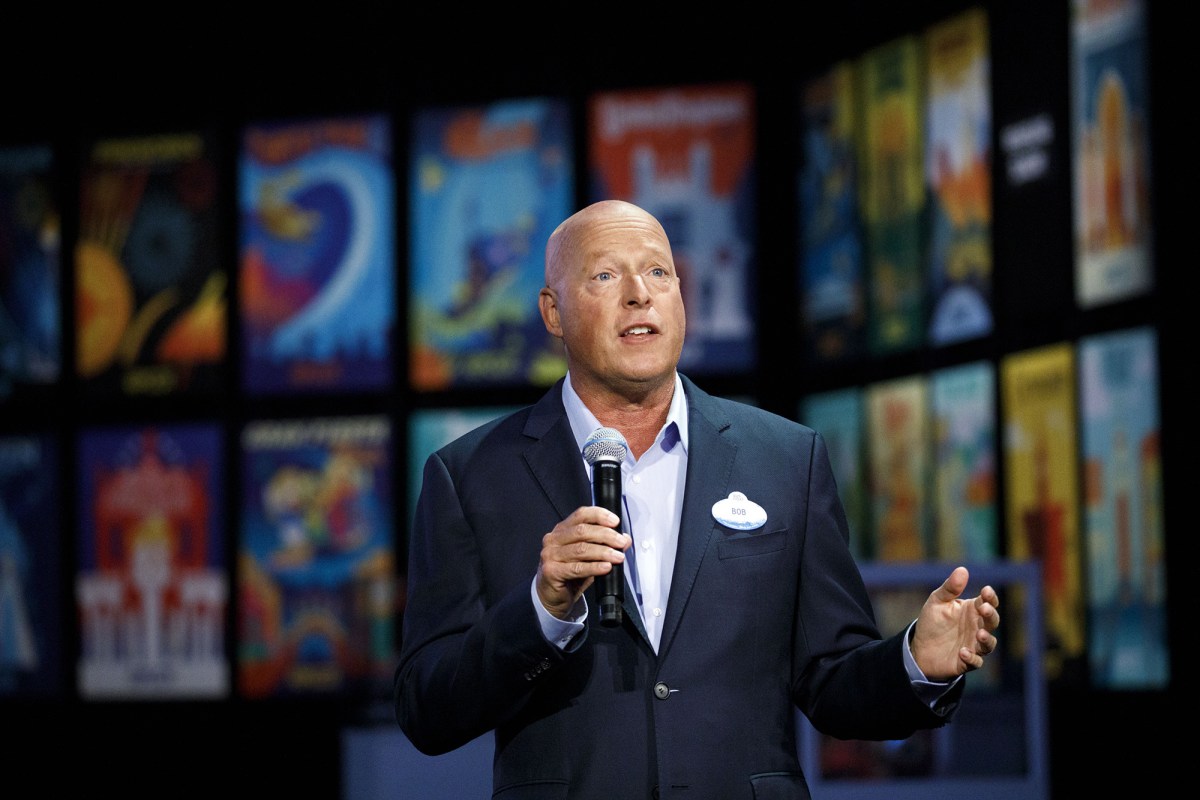 Disney Chief Executive Bob Chapek said the pandemic has likely permanently narrowed the window for movies to play only in theaters.

Pre-pandemic, cinemas depended on an exclusive 90-day window to screen films before they were made available to home distribution channels, such as pay TV and streaming services. But now, studios are tinkering with that timeframe, either shortening it or doing away with it altogether.

“The consumer is probably more impatient than they’ve ever been before, particularly since now they’ve had the luxury of an entire year of getting titles at home pretty much when they want them,” Chapek said late Monday at a virtual conference hosted by Morgan Stanley.

“I’m not sure there’s going back,” he continued. “But we certainly don’t want to do anything like cut the legs off a theatrical exhibition run.”

He added that customers don’t have “tolerance” for the months-long period after a movie is in theaters and before it is available to stream.

“It’s just sort of sitting there, gathering dust,” he said.

Since the pandemic has shuttered or reduced the capacity of movie theaters, Hollywood studios have all reevaluated their release strategies.

Paramount and Universal have either shrunk or announced plans to shrink the usual window from 74 days to more like 30 or 45. And recently, Warner Bros. decided to concurrently stream its full slate of  2021 films on HBO Max for one month after they premiere in theaters.

Disney, which controls up to half of the box office, has taken a cautious approach, evaluating each film’s release strategy and eventual debut on its service, Disney+.

Chapek said that a middle path — the “Premier Access,” or the simultaneous deployment of streaming and theaters — would remain a distribution option for the foreseeable future. For example, animated feature “Raya and the Last Dragon” will go out via that method on Friday, costing $30 to subscribers to Disney+.

The CEO underscored the importance of Disney’s massive box office appeal, noting that in 2019 it grossed $11 billion.

Since its launch in November 2019, Disney+ has logged almost 100 million subscribers in several dozen countries and is projected to clear 200 million over the next three years. Chapek said the fact that 50 percent of its subscribers globally do not have kids was a key driver and an unexpected one.

“What we didn’t realize was the non-family appeal that a service like Disney+ would have,” he said. “That is the big difference.”

New York is about to kill a whole lot of landlords

nypost.com - 5 months ago
Gov. Andrew Cuomo and President Trump made sure to protect tenants by banning evictions during the pandemic, but public officials have done almost nothing for property owners. That’s inviting disaster. Many of these landlords, particularly mom-and-pop
Read More

nypost.com - 2 months ago
A new coronavirus strain that shares some characteristics with the South Africa variant is emerging in New York City, researchers said Wednesday. As of mid-February, the new variant, called B.1.526, was present in about 12 percent of coronavirus samples
Read More

US bans anonymous shell companies in $740B defense bill

nypost.com - 3 months ago
The ban was included in a $740 billion defense bill vetoed by President Trump last month. Senators voted 81-13 on Friday to override Trump, after the House did so Monday.
Read More

nypost.com - 7 months ago
Think some things are so beloved and essential to Western civilization they can’t be canceled? Think again. If there’s anything we should have learned from months of “mostly peaceful” Black Lives Matter street protests, statue toppling and online mobs
Read More
More News & Articles