When the Nets close out the first half of their season against the Rockets on Wednesday, the sports world will be watching James Harden’s return to Houston. Harden said he’s excited about his first visit back to a place he still calls home. How excited
Author: Brian Lewis
Published: 2021-03-02 08:11 pm 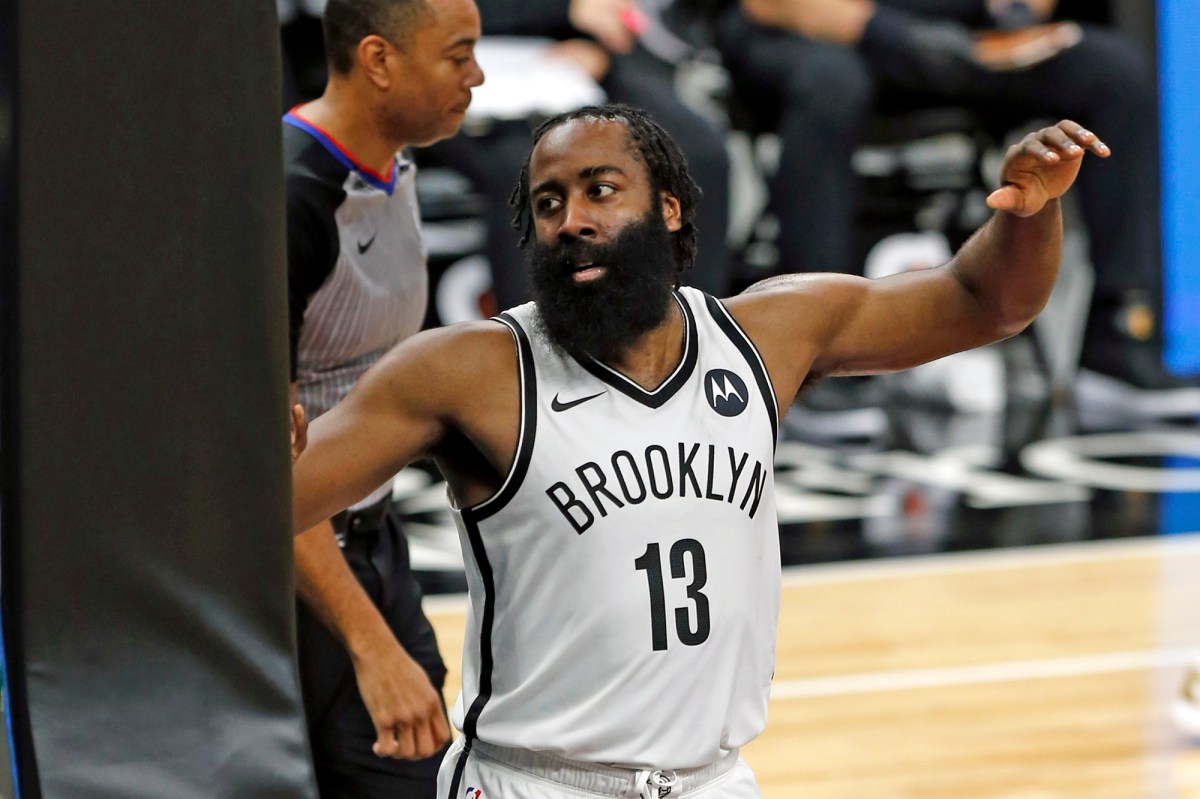 When the Nets close out the first half of their season against the Rockets on Wednesday, the sports world will be watching James Harden’s return to Houston.

Harden said he’s excited about his first visit back to a place he still calls home. How excited Houston will be to see him after he forced his way to Brooklyn, well, that he isn’t sure about.

“[My] time there was great. Obviously we came up short to win a championship, or even a Finals,” said Harden, named Eastern Conference Player of the Month. “But just the work that I put in, hopefully those fans appreciated everything that I’ve done on the court, and off the court.

“And I’m still continuing to do off the court, because that’s a place I call home. It’s always home, and I feel like I’m still a part of everything and the struggles and everything they go through. I’m excited to go back there and see the familiar faces, see my family and play a game, the last game before the break.”

Harden did much in and for Houston, winning three scoring titles while leading the Rockets to two Western Conference finals. And despite the messy divorce, Houston plans on hanging his No. 13 in the rafters.

“James Harden will always be a Rocket. Of course we will retire his jersey,” Rockets owner Tilman Fertitta told the Houston Chronicle.

“I think the Houston game means a lot to James,” Steve Nash said. “Very special place for him, had some unbelievable years, MVP years, and going back there is definitely something that’s special to him and means a lot.”

Still, after Harden forced a January trade to the Nets, the reception could be mixed. Or downright hostile.

“I’m excited just to go back to Houston where I basically had an unbelievable career there,” Harden said. “They showed me mad love and respect and I’m just excited to be playing in front of those fans. Yeah, I’m pretty excited.”

The 3,000-plus fans expected in Toyota Center may not be excited to see him. When Vince Carter made his first trip back to Toronto as a Net in 2004, the fans booed him mercilessly. Kevin Durant and Kyrie Irving know how fans reacted to their leaving Oklahoma City and Boston, respectively.

“Seen it all, been through it all, experienced it all. There is not anything that we can’t power through; that’s the glory of God,” Irving said. “We’re excited to play basketball, go back to where James had a great career. Looking forward to the experience, looking forward to having fun. It’s going to be highly competitive, a lot of great players, no animosity on the court: Just greatness on display.

“Everybody at home, enjoy the game. There will be no tension and no [crap]-talking going on, on the court or about James in my presence or anybody else’s presence. So we’re coming to Houston to enjoy the game of basketball and play it at a high level on behalf of James and the rest of the guys, because we know it’s a special night regardless, going back to where you started at all, or where he made a huge jump in his career. We know what it means for anybody on the outside, but internally we’re just going to have fun and play the game that we love.”

Harden has shown Houston love, donating 100 hot meals daily from his Thirteen Restaurant to five local schools last month during the week of the winter freeze, and 3,000 hot meals and cases of water at Thirteen and 150 meals to low-income apartments.

“I’ve been there eight years and still reside there in the sense of a house,” Harden said. “My plan is to touch as many people as I can: Whether it’s food, whether it’s water, whether it’s rebuilding their homes, whether it’s making them smile, whatever the case may be.

“Just trying to touch thousands and thousands of people in that city, because they’ve done that for me and they’ve shown me and my family that much love. And that process is still going on as far as trying to give back to that city; nothing but love and respect.”

nypost.com - 5 months ago
Mayor Bill de Blasio crowed that Big Apple eateries were thrilled over his new vaccine ID mandate as it took effect Tuesday -- but some restaurant workers say it's not so easy on them.
Read More

Out all the johns enabled by Jeffrey Epstein, Ghislaine Maxwell

nypost.com - 3 weeks ago
Ghislaine Maxwell’s conviction on five of six charges of recruiting and grooming teenage girls for sexual encounters with disgraced financier Jeffrey Epstein is not and should not be the end of the story. While Maxwell has been held accountable for her
Read More

Inside the grisly practices of grave-robbing doctors