Katie Hill’s suit against ex-husband will go to trial: report

Former “throuple” pol Katie Hill’s lawsuit seeking to block her ex-husband from revealing private photos and information about her will go to trial after settlement talks have fallen through, according to a new report. The former moderate Democratic
Author: Priscilla DeGregory
Published: 2021-03-03 03:44 pm 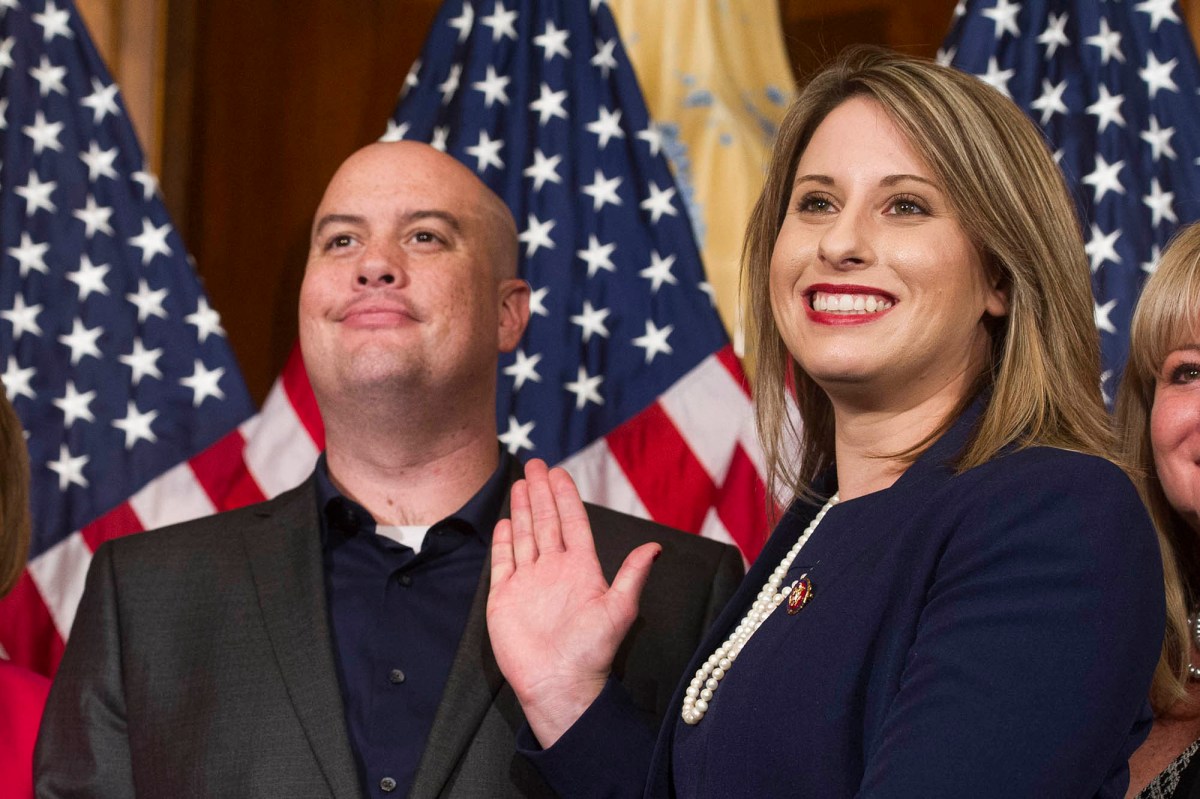 Former “throuple” pol Katie Hill’s lawsuit seeking to block her ex-husband from revealing private photos and information about her will go to trial after settlement talks have fallen through, according to a new report.

The former moderate Democratic California congresswoman won a restraining order in December requiring ex Kenneth Heslep to stay at least 100 yards away from her.

In that case, Hill argued that Heslep threatened and choked her over the course of their 15-year relationship.

Hill had previously accused Heslep of exposing the sex scandal that prompted her resignation in October 2019 — blaming him for leaking nude photos and private text messages.

But the former politician had also been seeking an order from a Los Angeles judge blocking Heslep from releasing other intimate photos and private information about her.

Heslep has denied all the allegations.

The case has been stalled in court as the estranged pair — who finalized their divorce in October last year — unsuccessfully tried to come to an agreement in that case, the Daily Mail reported.

At a Tuesday court hearing, lawyers on both sides said there wouldn’t be a settlement, prompting a judge to set another hearing Wednesday to pick a trial date, the outlet reported.

Hill separately sued Heslep and the parent company for the Daily Mail and Redstate.com after they published naked photos of her — that she claims were provided by Heslep — three days after she won the restraining order against him.

Hill — who was elected during a midterm election in 2018 — resigned less than a year later following a scandal about her and Hespel’s three-way relationship with a female staffer.

Further allegations then emerged that she engaged in a sexual relationship with a separate legislative aide in her office — a claim which she denied.

nypost.com - 1 month ago
CNN’s Chris Cuomo is getting ripped as being “f—ing offensive” after joking that he is “black on the inside.” The 50-year-old brother of embattled New York Gov. Andrew Cuomo was quickly roasted after a clip was shared Friday showing him hand over to CNN
Read More

nypost.com - 3 months ago
An apparent salmonella outbreak at a resort in Jamaica has ruined vacations for potentially dozens of holiday travelers, including those who booked their trips before the coronavirus lockdowns began, The Post has learned.
Read More