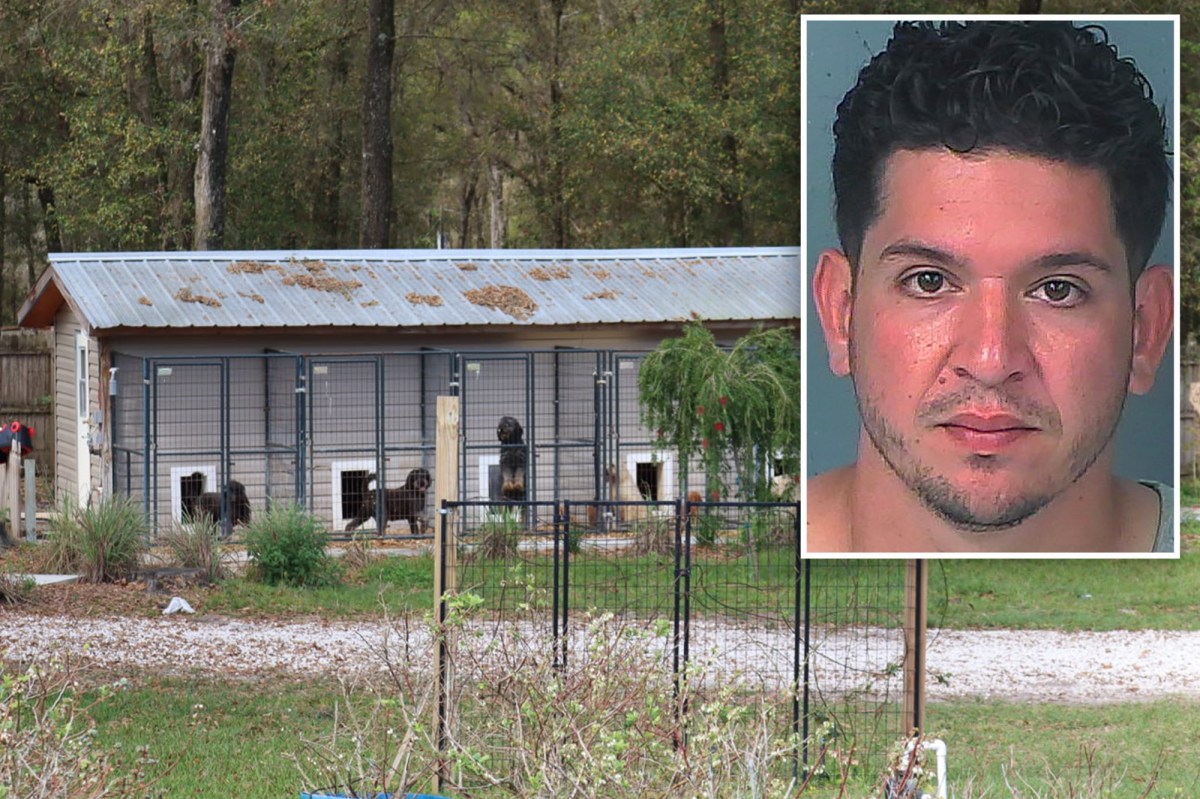 A Florida animal kennel operator was arrested this week after 11 dead puppies were discovered inside trash cans on the property, local authorities said.

Hernando County Sheriff’s deputies and animal enforcement officers raided Golden Kennel LLC on Weatherly Road in Brooksville Tuesday, as part of an investigation into sick puppies being housed at — and sold from — the facility, authorities said.

During an investigation, animal enforcement Officer M. Rowe had received information that several puppies from the kennel died of the highly contagious canine parvovirus within days of being sold, according to police.

When Rowe showed up, operator Jian Karlos Ortiz Mendez allegedly refused to allow her full access to the puppies.

As the officer spoke to Ortiz Mendez in the office, she spotted a very sick puppy on the floor and asked the operator about its condition. He told the officer that his veterinarian “was aware,” according to authorities.

While at the kennel, Rowe also found 11 dead puppies improperly disposed of in garbage cans on the property, police said.

Eight puppies — all with signs of the parvovirus — were seized from the property and brought to local veterinarians for treatment, cops said.

The remaining dogs on the property — about 138 — were left under the care of kennel staff.

Ortiz Mendez, 34, was arrested and charged with 11 counts of aggravated animal cruelty and one misdemeanor count of animal neglect, stemming from a lack of water for kenneled dogs, the sheriff’s office said.

Ortiz Mendez’s kennel license will also be revoked by Hernando County Animal Services, according to authorities.

(image)
Local veterinarians will be taking care of eight dogs that have signs of the parvovirus.

(image)
No dogs will be taken or sold from the kennel unless brought to a veterinarian.

No dogs or puppies are permitted to be sold or removed from the facility unless taken under the care of a licensed veterinarian, officials said.

nypost.com - 5 months ago
Hey, Trevor Bauer and the Mets, get a room! I’m still betting that the newly minted National League Cy Young Award winner, a free agent, winds up landing somewhere besides New York. Yet, in a baseball era when teams and players — their two sides
Read More

nypost.com - 6 months ago
Goldman Sachs management is considering whether to scale back financial targets set earlier this year, as the coronavirus pandemic has hindered the bank’s business model revamp, analysts and sources inside the bank told Reuters. Goldman unveiled plans to
Read More

nypost.com - 5 months ago
It was a bad weekend for public chalk bettors as multiple sportsbooks told VSiN they had winning Sundays. That will happen when eight underdogs cover, including six outright victories. The biggest early win at multiple sportsbooks was the Cincinnati
Read More

nypost.com - 5 months ago
At least two people — including a woman who was decapitated — were killed and several others injured in France by a knife-wielding man who attacked them Thursday at a church in the southern city of Nice, according to reports. Mayor Christian Estrosi said
Read More
More News & Articles