Investigators said David M. Crawford, who resigned as the police chief of Laurel, Md., in 2010, had targeted “victims with whom he had previous disagreements.”
Author: Michael Levenson
Published: 2021-03-03 08:35 pm 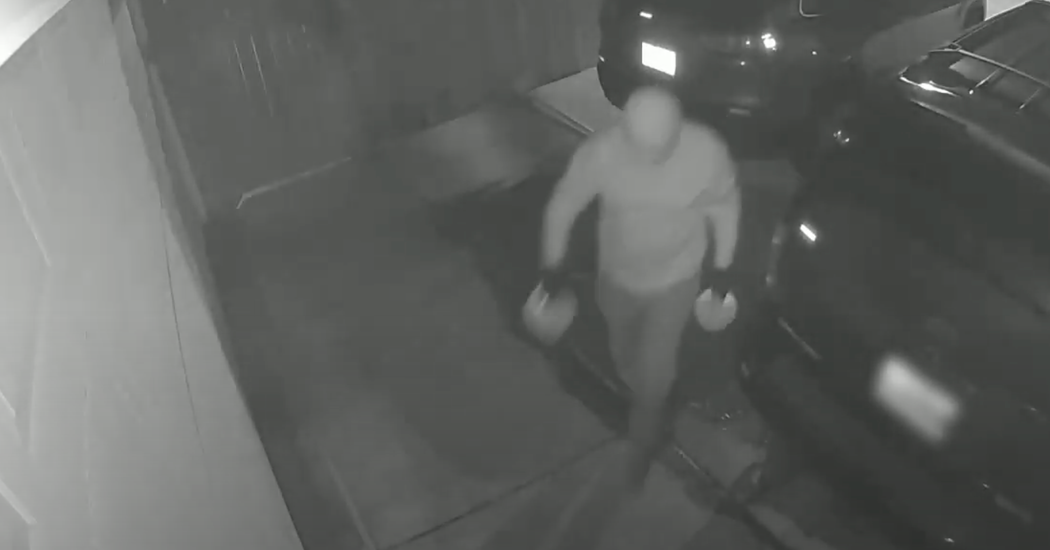 The “target list” found on David M. Crawford’s cellphone pointed to a former police chief consumed with grievances in his personal and professional life, the authorities said.

It named, among others, two doctors who had treated Mr. Crawford for a back injury, a woman who had led a training program for Mr. Crawford’s wife that discussed “white privilege,” and three former police officials who had served with Mr. Crawford during his career of more than three decades in Maryland law enforcement.

The “target list” was a key piece of evidence, the authorities said, that linked Mr. Crawford, a former police chief in two Maryland cities, to an arson spree that is believed to include at least 12 fires that targeted Mr. Crawford’s perceived enemies across the state from 2011 to 2020.

All the fires were set at night. In six of the arsons, the victims were asleep in their homes with their families. No one was injured, but the fires caused hundreds of thousands of dollars in damage, and the authorities said there had been “clear signs” that people were home when Mr. Crawford set a number of the fires.

He was taken into custody after a yearslong investigation uncovered internet search histories, burned bluejeans left in a storm drain and other evidence linking Mr. Crawford to the crimes, the authorities said. Prosecutors said Mr. Crawford had set fire to houses, garages and cars in five Maryland counties: Prince George’s, Montgomery, Howard, Frederick and Charles.

The fires, prosecutors said, shared a strikingly similar pattern. The arsonist often appeared on surveillance video wearing a sweatshirt with a tightly drawn hood, hiding his face. The person poured gasoline from gallon jugs and used a stick wrapped in cloth. Sometimes, a silver sedan was spotted near the crime scene.

As investigators began to look into Mr. Crawford, the links between him and the fires became clearer, the authorities said. All of the victims were relatives or people with “known ties” to Mr. Crawford or his wife, Mary Crawford, the police said in court documents. Investigators said he had targeted “victims with whom he had previous disagreements.”

The fires targeted a former Laurel city administrator; the former Laurel police chief who had replaced Mr. Crawford after his resignation in 2010; two married chiropractors who had treated him 19 times for a back injury; and Mr. Crawford’s own stepson, with whom he had had numerous heated arguments.

“These allegations are troubling and quite serious, and if proven true, members of our City of Laurel family have been victimized,” Laurel’s mayor, Craig A. Moe, said on Wednesday. “And I want to say that our thoughts and prayers are with them, and their families as this case proceeds.”

Mr. Crawford had a long career in law enforcement. He started working as a police officer in the 1970s and left the Prince George’s County Police Department as a major in 2000. He later served as the police chief in District Heights, Md., and later in Laurel. When Mr. Moe announced in Oct. 2010 that Mr. Crawford was leaving as police chief, he said it was because of unspecified “personal reasons.”

It was not immediately clear if Mr. Crawford had a lawyer. There was no answer on Wednesday night at phone numbers and an email address listed under his name.

The police said one fire had apparently targeted a woman who had led a training program that Mary Crawford had attended in 2016 at which “white privilege” was discussed. Ms. Crawford had objected to the concept of white privilege and was told by the woman that she was not welcome back to the program, according to prosecutors.

About four months later, in March 2017, Mr. Crawford set fire to a car belonging to the trainer’s mother, the authorities said. The police said they had later found searches for the trainer’s address on Mr. Crawford’s computer.

Three of the fires targeted the home of Mr. Crawford’s stepson, with whom he had a “strained” relationship, prosecutors said. The fires had been set after many heated arguments over the years, prosecutors said.

Another fire caused more than $240,000 of damage to the home of a neighborhood association leader whom Mr. Crawford had butted heads with when they worked together on a contentious school redistricting effort.

Mr. Crawford was also charged with setting a fire that burned the home, garage and cars of Richard McLaughlin, who had succeeded him as the police chief in Laurel. Mr. McLaughlin, who was sleeping at home with his family when the fire was set, later told investigators that there was “definitely animosity” between him and Mr. Crawford.

In January, the police executed a search warrant at Mr. Crawford’s home, which revealed “significant evidence” linking him to the fires, including Mr. Crawford’s internet search history and the “target list,” which was found on his cellphone and named the known victims.

Mr. Moe said the city would continue to cooperate with the authorities as they investigated Mr. Crawford.

Trump Appointee Stands Between Biden’s Team and a Smooth Transition

www.nytimes.com - 5 months ago
Emily W. Murphy, the administrator of the General Services Administration, must formally recognize President-elect Joseph R. Biden Jr. for the transfer of power to begin.
Read More

www.nytimes.com - 3 months ago
Suggested reading from critics and editors at The New York Times.
Read More

www.nytimes.com - 5 months ago
Mr. Horovitz found success Off Broadway, working with actors who later became household names, but he was also accused by multiple women of a pattern of sexual misconduct and assault.
Read More
More News & Articles