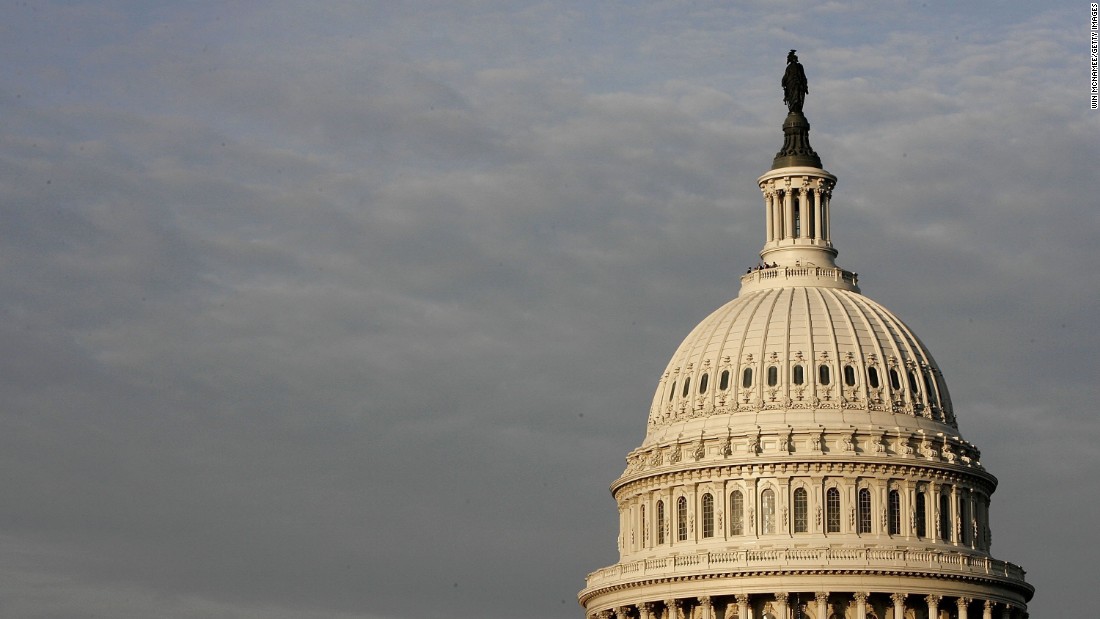 House Democrats originally introduced and passed the bill -- titled the George Floyd Justice in Policing Act -- last year in the wake of Floyd's death, but it never passed in the Senate, which was under Republican control at the time. Supporters of the bill say it would improve law enforcement accountability and work to root out racial bias in policing.

Democrats now control the Senate, which has a 50-50 partisan split with Vice President Kamala Harris acting as the tie breaker. But most legislation in that chamber still requires 60 votes to overcome a filibuster and it's not clear there would be enough Republican support to get the legislation across the finish line in the Senate.

Rep. Karen Bass, a California Democrat who is leading police overhaul efforts in the House, told reporters on Wednesday, "We are still trying to transform policing in the United States" and said that she is "confident that we will be able to have a bipartisan bill in the Senate that will reach President Biden's desk."

The legislation would set up a national registry of police misconduct to stop officers from evading consequences for their actions by moving to another jurisdiction. It would ban racial and religious profiling by law enforcement at the federal, state and local levels, and it would overhaul qualified immunity, a legal doctrine that critics say shields law enforcement from accountability.

According to a fact sheet on the legislation, the measure would allow "individuals to recover damages in civil court when law enforcement officers violate their constitutional rights by eliminating qualified immunity for law enforcement." The fact sheet also states that the legislation would "save lives by banning chokeholds and no-knock warrants" and would mandate "deadly force be used only as a last resort."

Discussing next steps for the legislation, Bass said ahead of the House vote, "We will begin those discussions with the Senate immediately after the bill is passed," adding, "Over the last several weeks, discussions especially with Sen. Tim Scott and Sen. Cory Booker have been under way."

Scott, a South Carolina Republican who led Senate GOP efforts to address policing in the wake of Floyd's death, said earlier in the week, "I'm talking to both sides and hopefully we'll come up with something that actually works."

Scott also said, "What I'm interested is in finding a path forward on areas where we agree. we have not gotten to a place where we agree on qualified immunity."

When the policing bill passed the House last year, it was approved largely along party lines amid Republican opposition with three Republicans crossing party lines to vote in favor: Brian Fitzpatrick of Pennsylvania, Will Hurd of Texas, who has since retired from Congress, and Fred Upton of Michigan.

The House made plans to vote on the bill Wednesday night, but the vote had earlier been slated for Thursday.

A Democratic aide told CNN earlier Wednesday that there was discussion of the House staying late to avoid coming in Thursday in light of Capitol Police warning about security risks.

US officials have alerted lawmakers to a potential threat against the US Capitol on March 4, for which security has been enhanced as a precaution, less than two months after the Capitol complex was stormed and lawmakers' lives were threatened by rioters.

This story and headline have been updated with additional developments Wednesday.

www.cnn.com - 6 months ago
Body camera footage obtained by Vice News purportedly shows what happened in the moments after Louisville Metro Police officers raided the home of Breonna Taylor, who was shot and killed.
Read More

The week in 38 photos

www.cnn.com - 7 months ago
At a campaign rally in Swanton, Ohio, President Donald Trump said Covid-19 affects "virtually nobody" as the US is set to reach 200,000 coronavirus deaths.
Read More
More News & Articles