Russian opposition leader transferred "to remove him from Moscow"

Imprisoned in the capital, Alexey Navalny continued to challenge Vladimir Putin's authority. Now he's miles away, and knows "even less about what is happening in the outside world."
Author:
Published: 2021-03-04 06:45 am 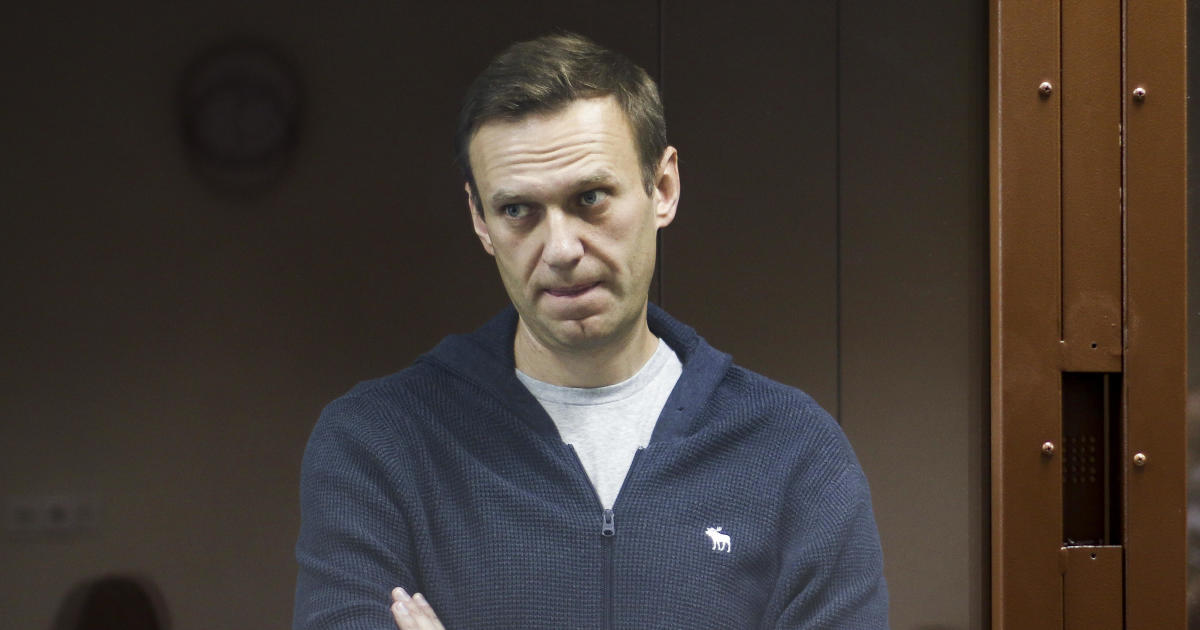 Moscow — Jailed Russian opposition leader Alexey Navalny has been transferred to a prison facility about 90 miles outside of Moscow and placed into an isolation cell, his lawyer told CBS News on Thursday after finally being allowed a visit. The prominent Kremlin critic was even more cut off from the outside world, but in good spirits, his lawyer said.

Attorney Vadim Kobzev called Navalny's transfer — which came without any explanation or clear legal grounds — "a political thing… in order to remove him from Moscow."

Navalny was arrested on January 17 immediately upon his return to Moscow from Germany, where he spent five months recovering from poisoning with a Soviet-era nerve agent. His arrest prompted weeks of mass protests, with thousands rallying on the streets of Russian cities, including the capital, where large crowds gathered at outside the detention facility where he had been held until last week.

Thousands of people were detained amid fierce clashes with riot police.

Navalny was sentenced to two and a half years in prison last month for violating the terms of a previous suspended sentence. He has always dismissed all the charges against him as politically motivated.

Kobzev said he was finally allowed to visit Navalny at the Kolchugino detention center in the Vladimir region on Wednesday – his first contact with his client since he was moved almost a week ago.

Navalny was to be held at the detention center pending an appeal in a separate case in which he was found guilty of slandering a WWII veteran, who had endorsed Kremlin-backed changes to the constitution, in a video.

It is unclear where he might be sent to serve his sentence following the appeal hearing, which hadn't been scheduled as of Thursday.

Kobzev said Navalny was being held in an isolation cell with two other inmates. He said they had a television, but no refrigerator, that he was unable to receive letters and had no access to the library. Kobzev described the conditions at the previous detention center in Moscow as slightly better, but added that his client remained "in a good mood."

In a post on his Instagram page made on Wednesday, relayed by his team, Navalny said: "Everything's fine with me, and there's even a pull-up bar in the jail yard."

"I know even less about what is happening in the outside world than when I was in Moscow," he added.

The tone of the post was humorous. He even shared two recipes for croutons developed by his cellmates.

Navalny's imprisonment following the nerve agent attack on him last year — which both he and many Western nations, including the U.S., blame on President Vladimir Putin's government — has sharply escalated tensions between the Kremlin and the West.

www.cbsnews.com - 3 weeks ago
The legendary singer talks about how diverse the industry has become and what makes her “get a little out of sorts.”
Read More

www.cbsnews.com - 5 months ago
The Biden campaign is tapping into its sizable war chest in a bid to fill the airwaves with advertising with just three days until Election Day. The former vice president made stops in Iowa, Wisconsin and Minnesota Friday, where he had been hammering
Read More

How to have a stress-free holiday shopping experience

www.cbsnews.com - 2 weeks ago
Maintaining a budget during the holiday season can be difficult. Barbara Stanny, a leading expert in women and wealth, offers valuable advice to CBS News' Parvati Shallow.
Read More

www.cbsnews.com - 2 weeks ago
Five former ISIS hostages spoke out about their captivity to The New York Times for the first time since their releases. They described the horrors that U.S. journalist James Foley and other captives endured before they were beheaded. Times reporter
Read More
More News & Articles