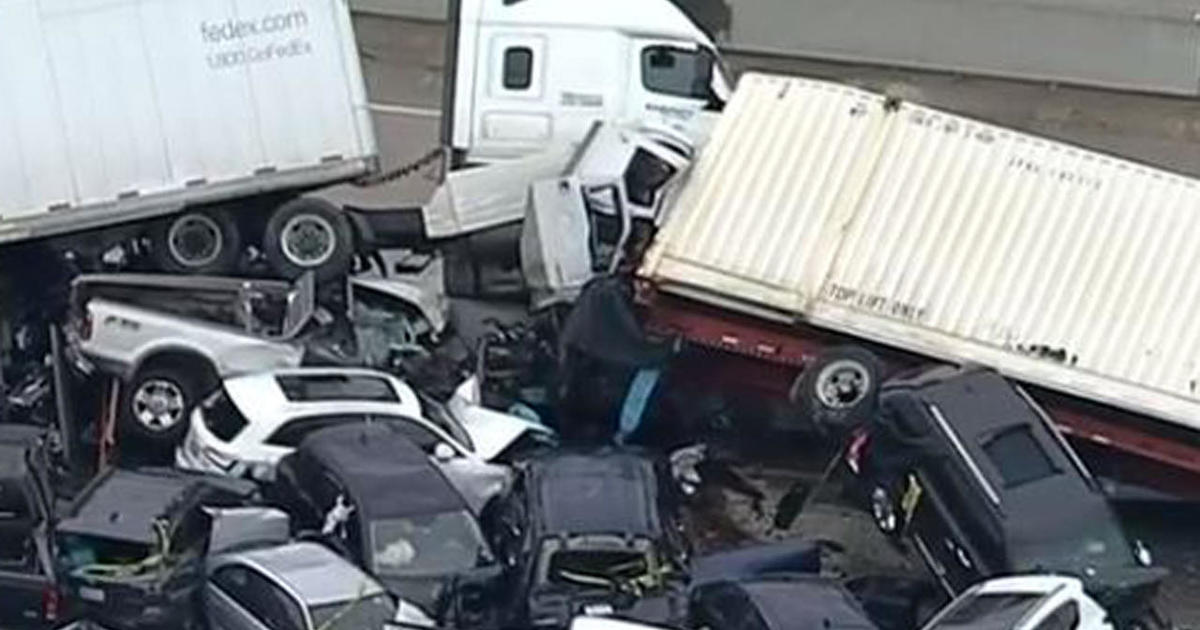 Pandemic lockdowns and stay-at-home orders kept many drivers off U.S. roads and highways last year. But those who did venture out found open lanes that only invited reckless driving, leading to a sharp increase in traffic-crash deaths across the country.

The nonprofit National Safety Council estimates in a report issued Thursday that 42,060 people died in vehicle crashes in 2020, an 8% increase over 2019 and the first jump in four years.

Plus, the fatality rate per 100 million miles driven spiked 24%, the largest annual percentage increase since the council began collecting data in 1923.

And even though traffic is now getting close to pre-coronavirus levels, the bad behavior on the roads is continuing, authorities say.

"It's kind of terrifying what were seeing on our roads," said Michael Hanson, director of the Minnesota Public Safety Department's Office of Traffic Safety. "We're seeing a huge increase in the amount of risk-taking behavior."

Last year's deaths were the most since 2007 when 43,945 people were killed in vehicle crashes. In addition, the safety council estimates that 4.8 million people were injured in crashes last year.

"The pandemic appears to be taking our eyes off the ball when it comes to traffic safety," Kolosh said.

Of the reckless behaviors, early data from the National Highway Traffic Safety Administration show speed to be the top factor, Kolosh said. Also, tests of trauma center patients involved in traffic crashes show increased use of alcohol, marijuana and opiods, he said.

"Almost immediately the fatality rate started to go up, and go up significantly," Hanson said, adding that his counterparts in other states saw similar increases. "It created less congestion and a lot more lane space for divers to use, and quite honestly, to abuse out there."

In late March and early April, the number of speed-related fatalities more than doubled over the same period in 2019 in the state, Hanson said. Last year, Minnesota recorded 395 traffic deaths, up nearly 9% from 364 in 2019.

The high number of speeding drivers is continuing even as traffic is starting to return to pre-pandemic levels, according to Hanson.

The safety council is calling for equitable enforcement of traffic laws, infrastructure improvements, mandatory ignition switch locks for convicted drunken drivers, reducing speed limits to match roadway designs, and laws banning cellphone use while driving, among other recommendations to stem the deaths.

The council collects fatal crash data from states on public and private roads. The numbers released on Thursday are preliminary, but every year are only slightly different from the final numbers, Kolosh said.

"It is tragic that in the U.S., we took cars off the roads and didn't reap any safety benefits," said Lorraine M. Martin, president and CEO of the National Safety Council. "These data expose our lack of an effective roadway safety culture. It is past time to address roadway safety holistically and effectively, and NSC stands ready to assist all stakeholders, including the federal government."

www.cbsnews.com - 4 weeks ago
Forensic pathologist Dr. Frank Sheridan tells "48 Hours"' Erin Moriarty how he was able to determine how John Sohus was murdered in 1985.
Read More

www.cbsnews.com - 7 months ago
The following is a transcript of an interview with Kentucky Attorney General Daniel Cameron that aired Sunday, August 30, 2020, on "Face the Nation."
Read More

www.cbsnews.com - 1 month ago
For those that don't know the whole story of the "Trial of the Century."
Read More

www.cbsnews.com - 2 weeks ago
Russia's economy is in free-fall, but you wouldn't know it listening to President Vladimir Putin. As Charlie D'Agata reports from Moscow, Putin used his end of the year press conference Thursday to defend himself and attack the west.
Read More
More News & Articles