The inspector general did not make a conclusion as to whether Chao violated ethics rules.
Author:
Published: 2021-03-04 09:33 am 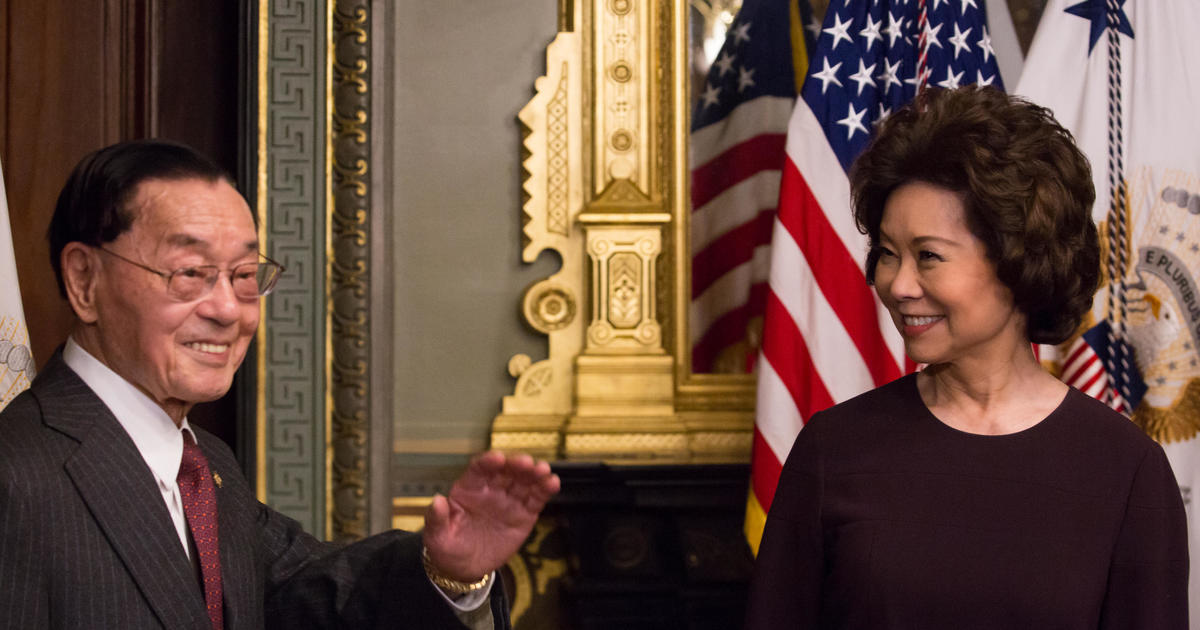 In a report released Wednesday, the department's internal watchdog said it referred its investigation to the Justice Department and U.S. Attorney's Office in the District of Columbia for criminal prosecution in December. Both declined to open criminal investigations on the matter. The inspector general also did not make a conclusion as to whether Chao violated ethics rules.

Chao, who is married to Senate Minority Leader Mitch McConnell, took the helm of the Transportation Department after former President Donald Trump took office in 2017. But she resigned her post January 7 in response to the assault on the U.S. Capitol, telling department employees at the time "it has deeply troubled me in a way I cannot set aside."

The investigation from the inspector general into Chao's potential misuses of her position was opened in late 2019 in the wake of press reports about her conduct, as well as in response to requests from Democrats on the House Transportation and Infrastructure Committee. The Democrats raised questions about possible ethics violations regarding the use of Chao's position to help her family's shipping business, the Foremost Group, which was founded by her father, James Chao. Chao's sister, Angela Chao, serves as its chairperson and chief executive.

According to the report, the inspector general discovered in the course of its investigation "evidence relating to potential ethics concerns arising" from Chao's actions, including adding family members and personal events to a planned, but later cancelled, trip to China in 2017, providing Transportation Department Public Affairs and media support to her father, and using staff and government resources for personal tasks.

Chao was set to attend the U.S.-China Transportation Forum in November 2017. Emails obtained by the inspector general found Chao directed staff to include relatives in the planning of her trip to China and participation in official events and high-level meetings set to take place. According to the report, Transportation Department staff coordinated logistical support for Chao's father, Angela Chao and her husband in the months leading up to the trip, including requesting to have the Chinese Ministry of Transportation provide two cars for "the Dr. Chao delegation."

Ethics attorneys at the department raised concerns about the events planned during Chap's trip due to ties to the Foremost Group and a family foundation. An October 2017 ethics memo further expressed issues about Chao's father and sister attending official events and bilateral meetings with Chinese officials, noting it "would be inappropriate for the Secretary to use her official position to provide her family members access not afforded to a private citizen."

Around the time the memo was sent, however, Chao's trip to China was canceled.

The Transportation Department's inspector general also found federal employees provided media and public affairs support to Chao's father in 2017 and 2018. The report cites several instances where the secretary's staff were directed to help promote his biography, including to send a copy to the "well-known CEO of a major U.S. corporation," along with a request he write a forward for the book. Emails obtained by the inspector general reveal Chao asked a staffer to edit the sample forward.

The watchdog also found evidence that the former director of public affairs at the Transportation Department and employees drafted, edited and implemented a media strategy and public relations plan for Chao's father. Chao also asked a department worker to edit her father's Wikipedia page, according to the report.

The secretary was also found to have directed Transportation Department staff members to perform personal tasks for her and her relatives. In one example, Chao sent an email to an employee with the subject "Xmas ornaments" and directed them to "sort out and fedex on Monday to Dr. Chao, and my sisters." She also asked Transportation Department staff to get photos of her father signed by an unidentified individual, and directed them in other instances to "research and/or purchase personal items for her online, to include searching for free shipping and coupon codes. These purchases were paid for using the Secretary's personal credit card," according to the report.

Chao declined to share her thoughts on the ethics issues under investigation by the inspector general, though the department's general counsel did provide a memo titled "The Importance of Asian Cultural Values to the Success and Effectiveness of Secretary Elaine L. Chao."

In response to the report, Transportation Committee Chairman Peter DeFazio of Oregon said he was "disappointed" the report wasn't finished and released while Chao was in office.

"Public servants, especially those responsible for leading tens of thousands of other public servants, must know that they serve the public and not their family's private commercial interests," he said in a statement.

Eye Opener: Biden to be sworn in as president

www.cbsnews.com - 3 months ago
Joe Biden will be sworn in as the 46th president of the United States today, after four years of the Trump administration. Also, the U.S. has surpassed 400,000 coronavirus-linked deaths. All that and all that matters in today's Eye Opener. Your world in 9
Read More

Was 2020 the most stressful year ever? Historians say no

www.cbsnews.com - 4 months ago
More than two dozen historians weighed in on the most stressful years the U.S. and the world have ever seen.
Read More

Biden tightens gap in Georgia as final ballots are tallied

www.cbsnews.com - 5 months ago
Ballots are still being counted in Georgia, where President Trump is hanging onto a razor-thin, but dwindling lead. Mark Strassmann reports.
Read More

www.cbsnews.com - 3 weeks ago
With two Grammys, a Golden Globe, an Academy Award nomination and a hip-hop career spanning more than two decades, Common is still making big plans. He credits his mother for inspiring the name, but as Gayle King reports, his talents proved to be anything
Read More
More News & Articles