House Democrats postponed plans for a vote on President Biden’s immigration reform bill after a whip count revealed it might not pass, according to a report. The Biden bill would create a path to citizenship for the estimated 11 million illegal immigrants
Author: Steven Nelson
Published: 2021-03-04 10:53 am 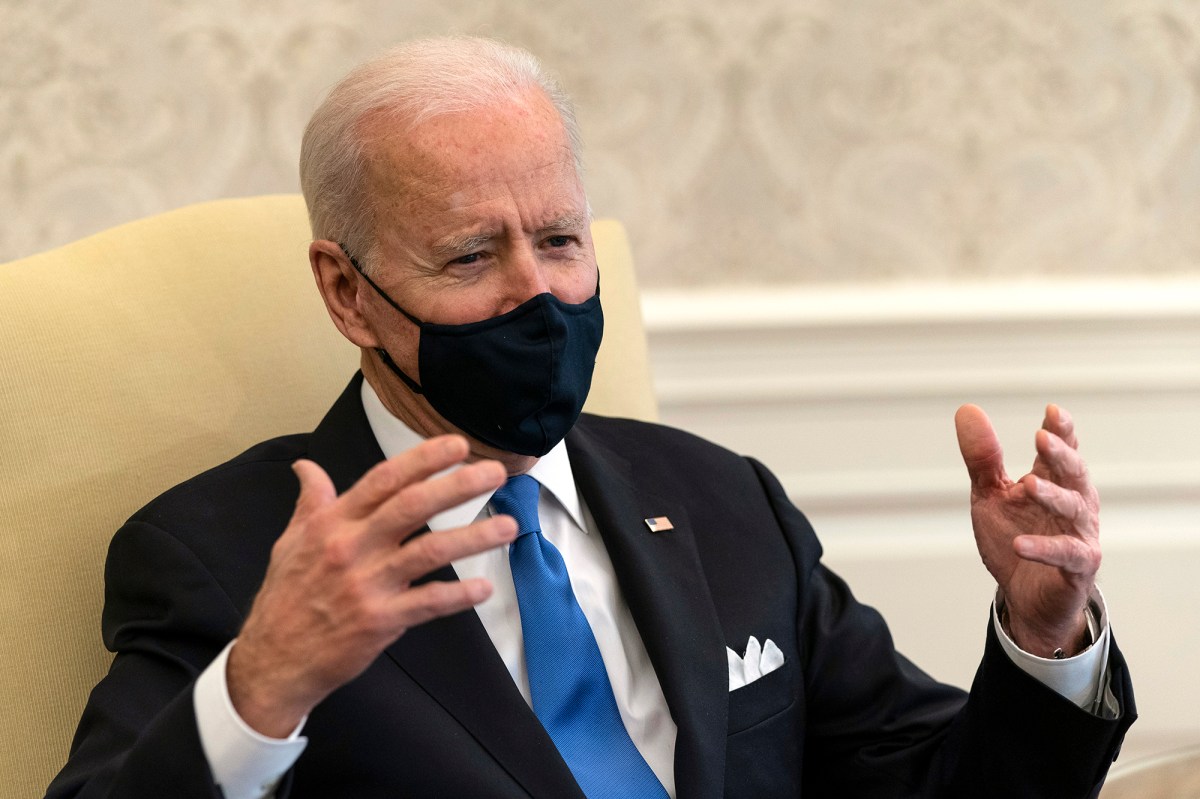 House Democrats postponed plans for a vote on President Biden’s immigration reform bill after a whip count revealed it might not pass, according to a report.

The Biden bill would create a path to citizenship for the estimated 11 million illegal immigrants in the US. But Republicans say that would spur a rush to the border of new migrants and Democrats can spare few defections with a narrow 10-seat advantage in the House of Representatives.

House Judiciary Committee Chairman Jerry Nadler (D-NY) confirmed the delay, telling Politico, “We need to engage in some consultation with key members and stakeholders, but I see no reason why we wouldn’t mark it up when we reconvene in April.”

Centrist Rep. Tom O’Halleran (D-Ariz.) acknowledged he was among the legislators uneasy with the bill.

“We need to have a discussion. It was put together by a few people. I don’t know what the role of the administration has been,” he told Politico.

Democrats are considering instead holding votes on less ambitious elements of the Biden administration’s immigration agenda.

House Majority Leader Steny Hoyer (D-Md.) on Tuesday said there would be votes in mid-March on two smaller bills. One would offer legal status to farm workers who currently lack government permission to work, and the other would allow a path to citizenship to people brought illegally to the US as children.

The comprehensive Biden plan proposed a once-in-a-generation but gradual amnesty that would give most illegal immigrants a chance to gain legal status and ultimately citizenship.

The Biden plan calls for illegal immigrants to be allowed a five-year period of “temporary legal status,” followed by three years with a green card, after which they could apply for citizenship.

But immigration has historically divided Democrats and a new crisis along the border with Mexico makes the changes a tougher sell — with Republicans blaming both Biden’s policies and his proposed legislation for creating “pull” factors.

An ambitious immigration overhaul would have trouble passing the evenly divided Senate, where a 60-vote supermajority is needed for most legislation.

The Dream Act, which would have shielded young people brought to the country illegally as children, died in a 55-41 Senate vote in 2010, with five Democrats including current Sen. Jon Tester of Montana voting against it. Former President Barack Obama created a similar program through executive order in 2012.

nypost.com - 6 months ago
The 8-year-old bystander wounded by a gunman outside a Harlem supermarket on Saturday night was trick-or-treating, police sources said. The child was hit in the right knee after a verbal altercation between two men turned violent shortly after 7 p.m.
Read More

nypost.com - 5 months ago
Hey, Trevor Bauer and the Mets, get a room! I’m still betting that the newly minted National League Cy Young Award winner, a free agent, winds up landing somewhere besides New York. Yet, in a baseball era when teams and players — their two sides
Read More

nypost.com - 4 months ago
The 32-year-old driver was cut out of the wreckage on Flatlands Avenue and East 88th Street but was pronounced dead on arrival at Brookdale University Hospital, the NYPD said.
Read More

nypost.com - 3 months ago
An Arkansas man who allegedly used a flagpole to beat a police officer during last week’s riots at the US Capitol has been charged by federal authorities, officials said. Peter Francis Stager, 41, faces one count of obstructing a police officer from his
Read More
More News & Articles