A grand jury is expected to be seated this week in Fulton County, Georgia, to look into efforts by Donald Trump to overturn the 2020 election.
Author:
Published: 2021-03-04 12:53 pm 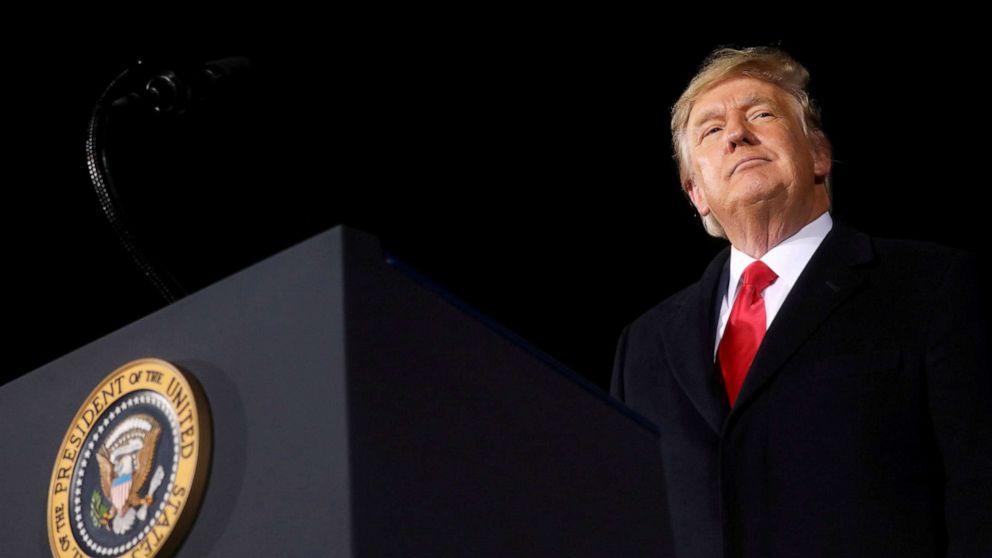 A grand jury is expected to be seated this week in Fulton County, Georgia, to look into efforts by Donald Trump to overturn the 2020 election, signaling that the county's investigation into the former president is intensifying.

Prosecutors in Fulton County are expected pursue subpoenas for documents and witnesses and rely heavily on them, people familiar with the investigation told ABC News.

In a letter sent last month from Fulton County District Attorney Fani Willis to Gov. Brian Kemp and obtained by ABC News, Willis said the grand jury would convene in March and would "begin requesting grand jury subpoenas as necessary at that time."

Willis wrote in the Feb. 10 letter that her office had no reason to believe any Georgia official was the target of the investigation.

The district attorney's office in Fulton County formally launched a criminal probe into Trump's efforts to overturn his election loss in the state last month, after Trump was heard in a Jan. 2 phone call pleading with Georgia Secretary of State Brad Raffensperger to help him "find 11,780 votes," the exact number he needed to win Georgia.

"This investigation includes, but is not limited to, potential violations of Georgia law prohibiting the solicitation of election fraud, the making of false statements to state and local governmental bodies, conspiracy, racketeering, violation of oath of office and any involvement in violence or threats related to the election's administration," Willis wrote in her letter to the governor.

Trump has previously denied any wrongdoing.

abcnews.go.com - 4 months ago
Pakistani police say a roadside bomb has exploded near a busy bus terminal in the garrison city of Rawalpindi, killing at least one person and wounding seven others
Read More

abcnews.go.com - 4 months ago
Pakistan’s counter-terrorism police say they have raided a militant hideout in the garrison city of Rawalpindi and arrested three suspects linked to past bomb attacks
Read More

Some pilots agree to pay cuts to secure bailout for airline

abcnews.go.com - 5 months ago
Pilots with Dutch national airline KLM say they have agreed to accept pay cuts for as long as the carrier needs a multibillion euro government coronavirus bailout
Read More

Deal on Fed removes obstacle to agreement on COVID relief