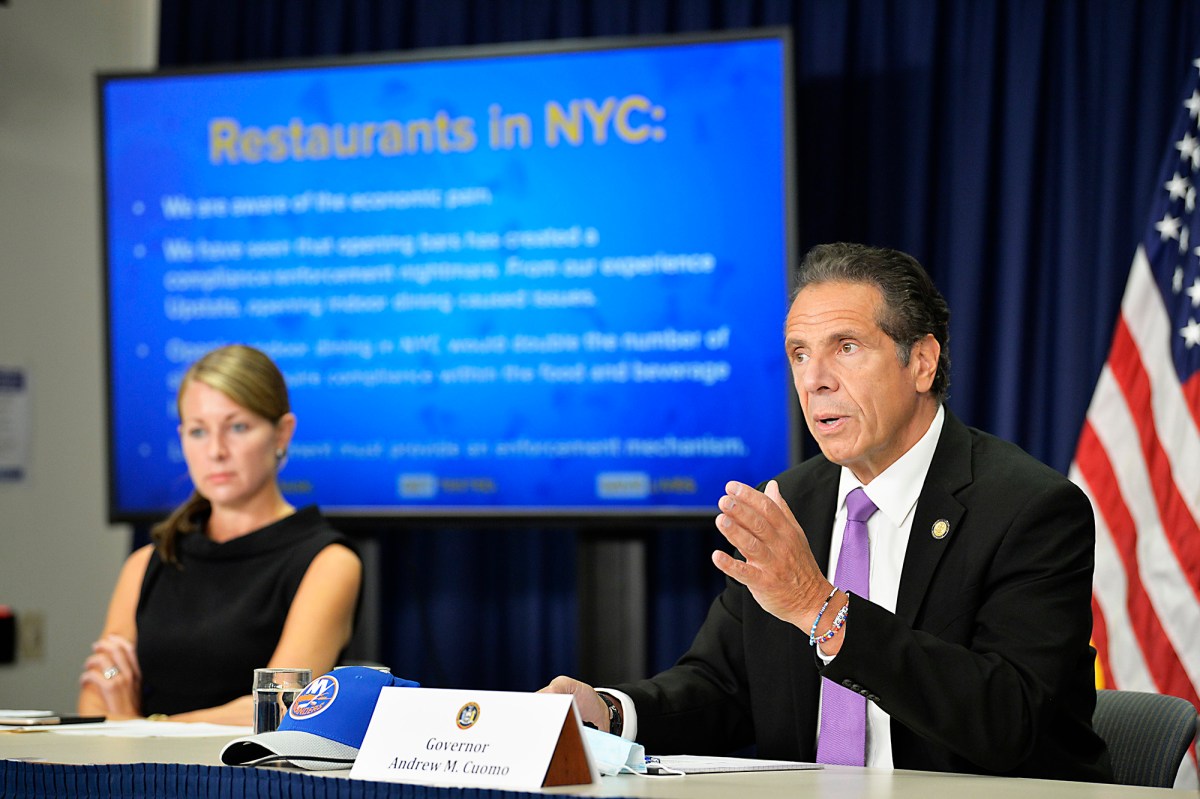 Top advisers to Gov. Andrew Cuomo successfully pushed state health officials to omit from a public report the number of nursing home residents who died in hospitals from COVID-19, it was revealed on Thursday night.

Instead, the July state Health Department report listed only the nursing home residents who died from the virus at their facilities, far undercounting the total death toll of the state’s most vulnerable population, sources told The Wall Street Journal.

The revelation further confirms the Cuomo administration possessed a more complete accounting of the COVID-nursing death count during the summer, but waited eight more months to cough up the true totals after repeatedly stonewalling lawmakers and the media, losing a lawsuit and being subjected to a damning state attorney general report.

Last month, The Post exclusively reported that one of Cuomo’s top aides, Melissa DeRosa, told Democratic leaders in a video conference call that “we froze” out of fear that the true numbers would “be used against us” by federal prosecutors.

The July report, which largely defended a controversial and since-rescinded administration policy of requiring nursing homes to accept coronavirus patients discharged from the hospitals, had said 6,432 nursing-home residents died from the virus.

In truth, though, more than 15,000 nursing home residents are now reported to have died in the state from the illness, including in their facilities and hospitals.

A senior Cuomo adviser and a state Health Department spokesperson admitted in Thursday night statements that out-of-facility deaths were withheld in the July report.

Gary Holmes, a spokesman for the Health Department, said in a statement: “While early versions of the report included out of facility deaths, the COVID task force was not satisfied that the data had been verified against hospital data and so the final report used only data for in facility deaths, which was disclosed in the report.”

“The out-of-facility data was omitted after DOH could not confirm it had been adequately verified,” Beth Garvey, also special counsel Cuomo, said in a statement.

A source told the Journal that state Health Commissioner Howard Zucker agreed with omitting the data from the report.

The newspaper had previously reported that the top Cuomo aides who pushed for the changes included DeRosa and Zucker.

The discrepancy, the report said, was the result of the state not disclosing how many nursing home residents died in hospitals.

Joe Rogan taps out on suggestion he should referee Trump, Biden debate

nypost.com - 7 months ago
Even Joe Rogan doesn’t want any part of moderating a debate between President Trump and his Democratic challenger Joe Biden, after Tuesday’s contest turned into a free-for-all with the candidates yelling over each other and swapping personal insults. The
Read More

nypost.com - 2 months ago
Portland protesters wreaked havoc at a police union building on Wednesday night vandalizing the joint and attempting to break down the door, authorities said. The group targeted the offices of the Portland Police Association, forcing over a dozen city cop
Read More

nypost.com - 4 weeks ago
Warren Buffett hates cryptocurrencies. Treasury Secretary Janet Yellen isn’t a fan and neither is Bill Gates. Ditto for scores of great economic minds who call the rise of cryptos like Bitcoin a “bubble,” and a lot worse. I have my doubts as well. I’ve
Read More
More News & Articles