While discussing racial disparities in the COVID-19 vaccine rollout in Montgomery County, Maryland, councilmember Nancy Navarro was interrupted by two people who thought they were muted.
Author:
Published: 2021-03-05 07:51 am 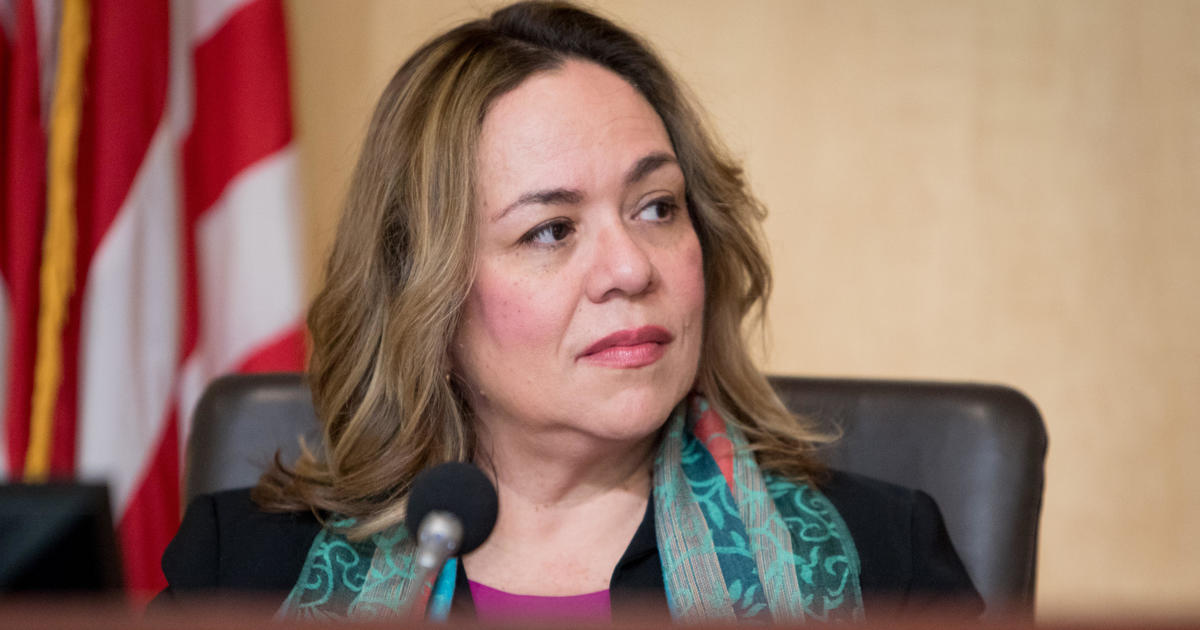 While discussing racial disparities amid the COVID-19 vaccine rollout, a Latina councilmember in Maryland was interrupted by two people — as they giggled and mocked her accent.

During a virtual meeting Tuesday, Nancy Navarro, a member of the Montgomery County Council in Maryland, spoke passionately about the county's coronavirus vaccine rollout, which she said is failing people of color. According to CDC data, Maryland ranks near the bottom when it comes to getting vaccines in people's arms.

"For me personally, I've always had this interesting dilemma in my years of public service, which has been this bizarre disconnect in terms of who we are in Montgomery County," Navarro, the first Latina and the only woman serving on the council, said. "We're still perceived as a totally, we're like some other hologram of a county that doesn't look anything like who we actually are."

One-third of the county's residents are foreign-born, and over 40% speak a language other than English at home, according to census data.

As Navarro spoke, there was some chatter and laughter in the background — two people who apparently thought they were muted were talking about Navarro's accent.

"I love how her accent comes out and pronounces words like she thinks they're pronounced," one person said, specifically calling out the way Navarro pronounced the words "represent" and "hologram."

Chuckling, another responded, "I heard 'hologram,' and I was like, 'That's kind of interesting.'"

"This sort of commentary is completely inappropriate and uncalled for," Navarro, an immigrant from Venezuela, tweeted Wednesday. "It is a loud commentary on the toxicity and culture of disrespect directed at leaders and community members of color."

"It's so disheartening to know this continues to be an issue," Navarro told CBS News affiliate WUSA. "It just adds to the sense of additional burden that you carry around, and this exhaustion of having to explain to people why these things have an impact."

The commenters were employees of Montgomery Community Media (MCM), which helps the council run its virtual meetings.

Nannette O. Hobson, the CEO of MCM, said in a letter to Navarro that the company is "deeply sorry" about the "unfortunate incident."

"The behavior of the male MCM trainee involved is completely unacceptable and not reflective of our culture," Hobson wrote. "We are appropriately disgusted and disappointed."

"Let me be clear, MCM does not condone nor tolerate such behavior by our employees," she added. "Appropriate measures have been taken."

The county council called the incident "troubling and unacceptable," adding that it "stands in solidarity" with Navarro.

"The entire Council is committed to racial equity and safe workplaces. Furthermore, our community expects that our Council and its employees and contractors are held to the highest standard," the county council said in a statement Wednesday.

It said that an independent investigation of the incident is ongoing.

"While the facts involved with this matter are being investigated, we will recommit ourselves to educating our workforce and fostering a culture that is absolutely respectful, free of bigotry and reflective of Montgomery County's values," it said.

Fears of fourth COVID surge ahead of the holiday weekend

www.cbsnews.com - 2 weeks ago
There are mounting concerns the U.S. is entering a fourth coronavirus surge as cases rise across the country. CDC data shows more than 40% of all counties are now in the red zone. As CBS News' Manuel Bojorquez reports, officials are urging Americans to
Read More

www.cbsnews.com - 3 weeks ago
At least three New Mexico middle school students are accused of snorting Smarties on campus and have been suspended for 10 days. The school district classifies the candy as drugs and says students can be suspended or expelled for possessing them.
Read More
More News & Articles