A van collided with a car, smashing an outdoor dining structure before going onto the sidewalk in New York City, the police said.
Author:
Published: 2021-03-05 11:08 am 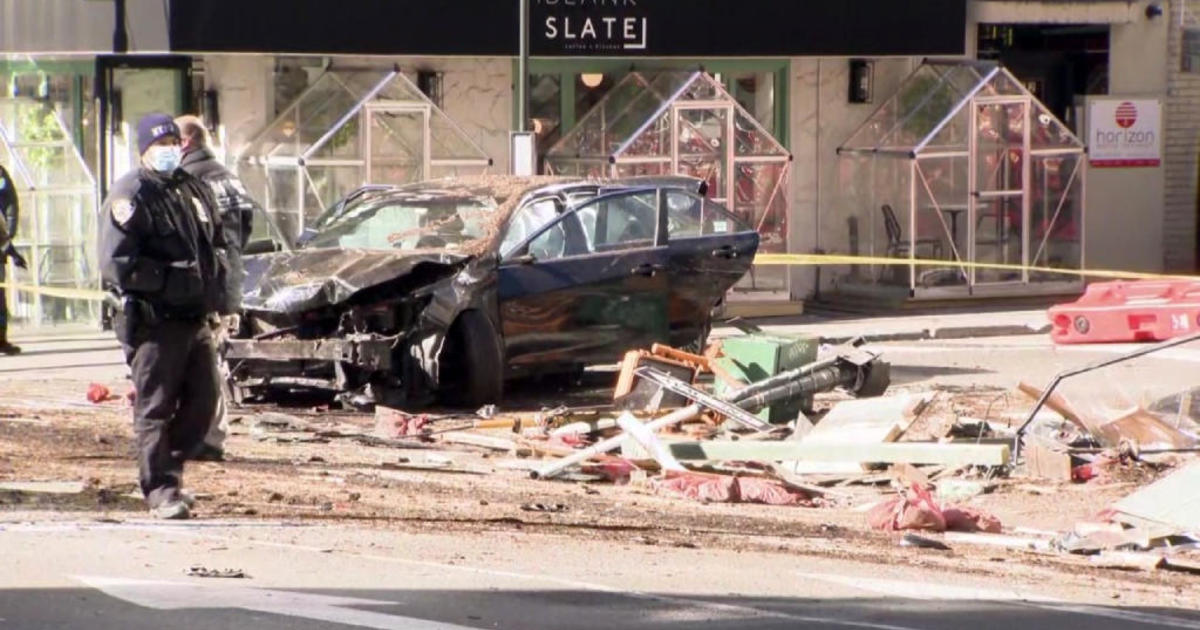 A van collided with a car, smashing an outdoor dining structure before going onto the sidewalk in New York City Friday morning, injuring seven people, including two young children, police said. The driver of the van, an unidentified male, was taken into custody.

The van continued before going onto a sidewalk at East 49th Street and Second Avenue and colliding with a fruit stand, where three pedestrians were hit. The five adults and two children all suffered minor injuries and were taken to Bellevue Hospital.

FAA knew another 737 Max malfunction was likely after Lion Air

www.cbsnews.com - 11 months ago
On Wednesday, Federal Aviation Administration officials tried to defend the decisions they made after a 737 Max jet crashed in Indonesia last year. But in a Senate hearing, it was revealed they predicted a second crash. Kris Van Cleave reports.
Read More

Benefits and drawbacks of Verizon FiOS' a la carte channels

www.cbsnews.com - 1 week ago
In a historic move in the cable TV business, Verizon FiOS viewers will get more of a say in the channels they want and the ones they wish to skip. But you still need to subscribe to a basic package. CBS News financial contributor Mellody Hobson joins “CBS
Read More

www.cbsnews.com - 2 weeks ago
The storm will bring a mix of rain, snow, ice, and wind to areas from Virginia to Maine. Meteorologist Megan Glaros, from Chicago’s WBBM, has the forecast on the storm that’s expected to impact millions.
Read More

www.cbsnews.com - 3 weeks ago
With the World Cup scheduled to kick off on Thursday in Brazil, many of the stadiums built specifically for the event remain unfinished. To make matters worse, residents of the soccer-crazed nation say they can't even afford to see their team play. Elaine
Read More
More News & Articles