The Senate dealt progressives a blow they have been trying to prevent but knew was coming by voting down an amendment to include a $15 minimum wage in President Joe Biden's Covid relief package.
Author:
Published: 2021-03-05 11:06 pm 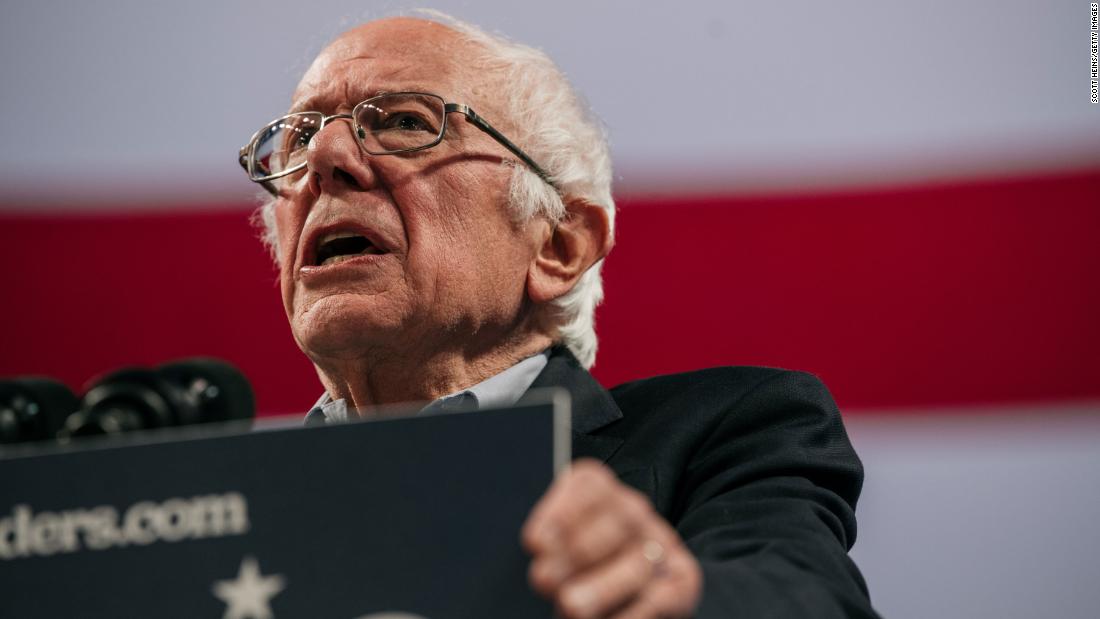 (CNN)The Senate dealt progressives a blow they have been trying to prevent but knew was coming by voting down an amendment to include a $15 minimum wage in President Joe Biden's Covid relief package.

After the Senate parliamentarian ruled that the provision could not be a part of the reconciliation process, a procedural shortcut that Democrats are using to pass Covid relief without needing any Republican support, Vermont Sen. Bernie Sanders introduced an amendment to try and have the minimum wage increase included in that process.

While its chances of passage were slim given the narrowly divided Senate, eight Democrats voted against the amendment, disappointing progressives who were hoping their long-sought goal and campaign promise of raising the minimum wage to $15 an hour would be included in this $1.9 trillion Covid relief package.

The gavel finally went down on the vote around 11 p.m. ET after it was left open while Senate action was stalled over negotiations related to jobless benefits.

"If anybody thinks that we're giving up on this issue, they are sorely mistaken," Sanders told reporters after the vote appeared on track to fail, even though he conceded he was not surprised by how many Democrats voted against the amendment. "If we have to vote on it time and time again, we will, and we're going to succeed."

Democratic Sen. Kyrsten Sinema, one of the eight senators to vote against Sanders' amendment, said in a statement that she is open to having a separate debate in Congress over the minimum wage, just not through this reconciliation process being used to pass Covid relief.

"Senators in both parties have shown support for raising the federal minimum wage and the Senate should hold an open debate and amendment process on raising the minimum wage, separate from the COVID-focused reconciliation bill," Sinema said.

House Progressive Democratic Rep. Ilhan Omar had a message to moderate senators like Sinema who voted against the minimum wage amendment.

"I just want to remind them that you are given the opportunity to have the majority in the Senate because the people believed that you were going to fight for them. There were promises that were made, and they ultimately have to be kept," Omar said on "CNN Newsroom."

"We're not going to be able to blame Republicans for our inability to deliver on the promises that we made. This is just us now negotiating amongst ourselves," said the Minnesota lawmaker and member of the so-called "Squad" of progressive House members.

For many progressives, this failed vote underscores a missed opportunity by the White House, albeit a long-shot given moderates long-stated opposition to including it in the bill. In the lead up to Friday's vote, progressives had launched a public and private pressure campaign trying to convince the Biden administration to overturn the Senate parliamentarian's decision to strip the $15 minimum wage from the Covid package because they believed it was the best way to get their goal of an increased minimum wage realized.

"This shows the need for the White House to have overturned the parliamentarian and had minimum wage part of the final package," House Progressive Democratic Rep. Ro Khanna said in a statement to CNN. "It would have been much harder to vote against the Covid relief bill in its entirety, and I am confident we would have gotten, if not $15, at least $12 or something substantial in that scenario."

Is there a path forward to pass $15 minimum wage?

Following the floor action Friday, progressives know they now have a much steeper climb in order to enact a $15 minimum wage.

One option would be to introduce a separate bill and try to get enough senators on board to clear the 60-vote threshold, which seems increasingly unlikely especially given Democrats themselves are not fully unified in support of the proposal.

The other, and even more difficult option, would require eliminating the filibuster, which would lower the 60-vote threshold, and therefore require less votes to pass the minimum wage legislation. This course of action is also riddled with challenges and could potentially serve as the next frontier in the clash between progressive and moderate Democrats.

Neither path is possible without a clear plan from the White House. Heading into Friday's vote, progressives had grown increasingly irked by their inaction on the minimum wage issue. Even though Biden has said he supports raising the minimum wage, he was adamant about not overruling the parliamentarian's decision to remove the measure from his Covid legislation and has not proposed an alternative solution on how to turn the proposal into law.

Outside progressive groups were quick to criticize the Senate's failure to pass the amendment increasing the minimum wage to $15 and called on the White House to act.

In calling out the Democratic senators who voted against the amendment, the progressive group, Justice Democrats, said in a statement, "President Biden and Vice President Harris must now present their plan for delivering on their campaign promise of a $15 minimum wage before the midterm election cycle gets underway."

"We elected this administration and Congress to #RaiseTheWage to $15. We cannot build back better without $15," President of Service Employees International Union Mary Kay Henry tweeted, squarely reminding the Biden administration that they will not forget the promises and concessions then-candidate Biden made to progressives.

This story has been updated with the gavel coming down on the amendment vote.

www.cnn.com - 9 months ago
Scammers continue to capitalize on coronavirus misinformation by offering fake antibody tests, the FBI warned, which could be used to steal personal information.
Read More

www.cnn.com - 5 months ago
Squiggly Monster was revealed to be a longtime TV dad and comedian on the latest episode of "The Masked Singer"
Read More

The simple way Apple and other companies can help the economy

www.cnn.com - 1 year ago
The Federal Reserve and other central banks around the world have taken swift, coordinated action to help stabilize the global economy and financial markets. They've dedicated trillions of dollars worth of stimulus during the coronavirus pandemic.
Read More

www.cnn.com - 2 months ago
Azeneth Perry traced the sign of the cross on her body as she watched the ambulance drive away.
Read More
More News & Articles