Who pays the price for climate crisis

President Joe Biden wasted no time after assuming office in taking unprecedented steps to advance women's equality within his own administration. With Kamala Harris as the vice president of the United States, a record number of women serving in the Cabine
Author:
Published: 2021-03-06 11:28 am 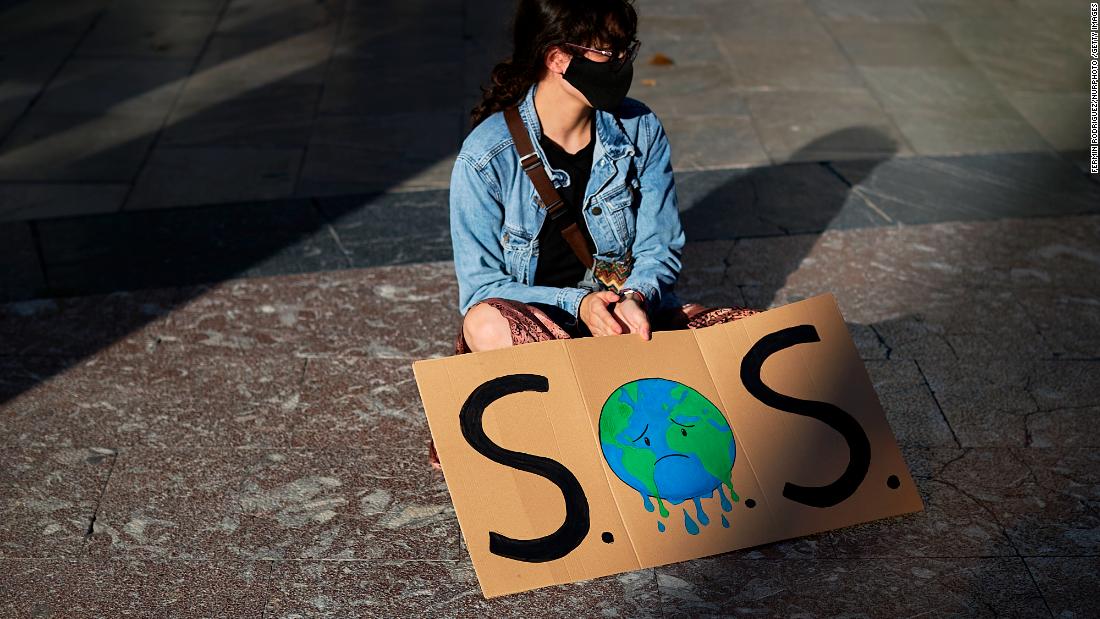 (CNN)President Joe Biden wasted no time after assuming office in taking unprecedented steps to advance women's equality within his own administration. With Kamala Harris as the vice president of the United States, a record number of women serving in the Cabinet and a new White House Gender Policy Council working to integrate women's interests across domestic, economic and foreign policy, this is a historic start.

The critical next step is to translate these early commitments into concrete actions. As we mark International Women's Day, a top priority must be to apply a gender lens to one of the Biden administration's key issues: climate change. Much depends on the Biden Administration's commitment to inclusive climate policy measures. It has been well documented that women and girls are disproportionately impacted by climate change. But they are also one of the best and most underutilized forces to combat the climate crisis.

The Executive Order on Tackling the Climate Crisis at Home and Abroad issued in January is ambitious and comprehensive. Additionally, the newly established White House Environmental Justice Interagency Council has been charged with developing a strategy to address historical and current environmental injustice in the US. However, both initiatives fail to make the necessary link between climate and gender. As we have seen with the Covid-19 pandemic, women -- especially those suffering from economic and racial inequalities -- bear disproportionate negative effects, from health to housing and more. This is also true of the climate crisis.

To strengthen efforts to address climate change and environmental justice, the administration should account for how gender and other factors like ethnicity, race and socio-economic status leave some more seriously affected by climate change than others. Climate change is an existential threat to all of humanity, but not equally. Because gender inequalities are compounded by racial injustice, climate impacts are even more pronounced for Indigenous women and women from low-income communities and communities of color. White House climate advisor Gina McCarthy has rightly pointed out that "climate change is a racial justice issue," but it is also a gender issue.

In the US we are seeing rising sea levels and severe flooding, more extreme weather events, droughts and wildfires. However, some Americans are struggling more than others to cope. Financial fragility diminishes resilience to disasters like hurricanes and wildfires. In the United States, Black and Indigenous women are more than twice as likely as White women to live in poverty, increasing their exposure to climate impacts according to research by the Georgetown Institute for Women, Peace and Security.

A report by the Women's Environment and Development Organization and the Sierra Club found in the wake of Hurricane Katrina women of color were less likely to escape or recover afterward, and faced spiking levels of gender-based violence and escalating health and mental health crises. At the same time, it was primarily women who mobilized community recovery efforts and led grassroots advocacy campaigns in New Orleans.

In other parts of the world, women are facing similar challenges. As key providers of food, water and energy, women's daily lives are disproportionately affected by increasingly severe weather conditions. Gender inequality often results in greater challenges for women and less access to resources. This includes discriminatory gender norms, income gaps and unequal ownership of assets and property which constrain women's ability to absorb and recover from climate shocks.

Climate change acts as a threat multiplier for already vulnerable women in climate-affected areas. Destroyed livelihoods and dwindling resources are creating the growing displacement of affected populations. Thousands of women and their families in the Northern Triangle in Central America, for example, faced with soaring temperatures, droughts and land that is no longer arable are being forced to leave their homes and migrate.

Studies also show that women are critical to forging climate solutions— as activists, decision-makers, and peacebuilders on the frontlines of adaptation and mitigation. Research suggests that greater representation of women in parliament is connected to more ambitious climate action.

Further empowering women is crucial to successful climate action all over the world. The same inequalities that unevenly expose women to climate change impacts also create barriers to women's participation in the solutions. They are too often marginalized from climate leadership, whether at the grassroots or national levels; women and people of color are largely absent from the top leadership of roles in major environmental groups.

To translate commitments to gender equity and climate solutions into more concrete action, the Biden administration can apply a gender lens to both domestic and international climate policies in the following ways.

On the domestic front, gender considerations should inform the administration's ambitious sustainable infrastructure plan. Any new green economy agenda should ensure equal access to jobs in renewable energy, support for women-owned businesses and attention to gender responsive policies in sectors such as transportation, agriculture, labor, housing and energy. The Biden administration has pledged 40% of federal sustainability investments will be directed toward disadvantaged communities. To maximize effectiveness, measures should be taken to ensure women also have access to these new economic opportunities. This is especially important given the staggering number of women who have dropped out from the US workforce since the pandemic began. It is estimated labor gains for women have been set back by nearly 30 years.

Globally, US development aid must ensure a gendered approach to climate vulnerable sectors such as agriculture and energy. It should also value women's leadership and expertise in resource management and practices at the community and household level, as women are often uniquely placed to respond given their localized knowledge and experiences.

Climate change is also a growing security issue. Competition over scarce resources and displacement -- brought on by climate change -- can deepen instability and lead to outbreaks of violent conflict, especially in already fragile contexts. US foreign policy and the work of the Special Envoy on Climate will need to address the linkages between gender, climate and security. Federal agencies working to implement the Women, Peace and Security Act of 2017 should integrate a climate perspective to strengthen peace and security efforts.

Prioritizing gender and climate will be crucial to renewed US leadership and global cooperation. International climate change decisions in recent years have produced explicit gender responsive directives, such as the Lima Work Programme on Gender and corresponding UNFCCC (United Nations Framework Convention on Climate Change) Gender Action Plan. The US has an opportunity to prioritize gender responsiveness in its own policies and efforts to marshal global action ahead of the 2021 UN Climate Change Conference (COP26) and the US-hosted climate leaders' summit in April.

We cannot effectively address the existential threat of climate change, neither at home nor abroad, without the full and meaningful participation of women. This is why advancing gender equality must be central to climate action. Progress for women and girls at home and abroad means progress for all.

www.cnn.com - 2 days ago
When the world goes back to normal, Shanan Cale's life won't change much.
Read More

Gergen: Buttigieg is similar to Obama in this way