It’s truly astonishing how much President Biden in his first weeks has opted to side with his party’s left wing and its special interests — and against even moderate Americans’ desires. It’s most obvious in his Mexican-border madness: President Donald
Author: Post Editorial Board
Published: 2021-03-06 09:42 pm 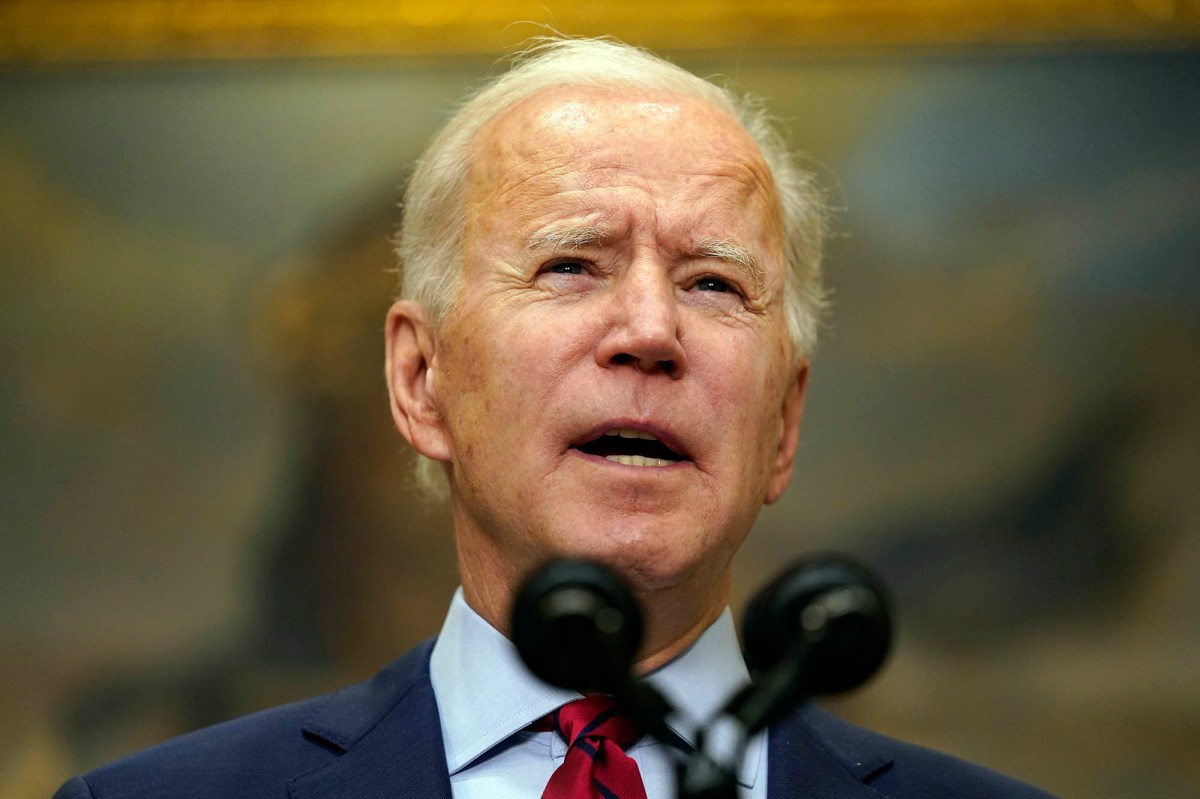 It’s truly astonishing how much President Biden in his first weeks has opted to side with his party’s left wing and its special interests — and against even moderate Americans’ desires.

It’s most obvious in his Mexican-border madness: President Donald Trump worked out perfectly reasonable, humane policies that stemmed the record-breaking, Obama-era surges of migrants at the border. Yet Biden has needlessly moved to kill Trump’s “Remain in Mexico” deal and other agreements with Central American nations that were clearly working. Instead, he set up a temporary freeze on deportations and is talking up plans to offer a path to citizenship for millions of illegal immigrants.

All of which has encouraged Central American migrants to rush for the US border: Already, the number of children who cross over this year is on pace to break the all-time record by 45 percent. And he’s had to resort to the notorious “cages” to detain kids who crossed without their families, and it’s only going to get worse as summer hits.

Meanwhile, his end to deportations is also prompting a return to “catch and release” — posing a public-health hazard: More than 100 illegal border-crossers released last week had tested positive for the coronavirus, yet still got sprung. And that’s only one of the ways this policy slams border towns.

None of this is common sense: 55 percent of Americans disapprove of Biden’s curb on deportations, and only far-lefties are happy to see the border surge resume.

And even as he embraces open borders, he’s passively letting schools stay closed. Abandoning his pledges to get most open in his first 100 days, he’s now pretending that it can’t be done without vast new federal spending contained in his “relief” bill — even though the nation’s schools have billions left from last year’s relief measures, and his proposed outlays are mainly for years in the future.

The science clearly shows that reopening poses no real health risk to students or adult staff, but the president just refuses to say a word of criticism of the teachers unions (and the politicians they control), which are without question the real barrier to reopening. That’s why US parochial and private schools, and public schools in areas of low union power, opened up weeks ago.

He’s also gone extreme-green on energy policy. Though most Americans support moderate efforts to reduce greenhouse-gas emissions, that doesn’t cover his multi-trillion-dollar plans to decarbonize the entire country. With one action alone, killing the Keystone XL pipeline, he killed thousands of good US jobs and slapped America’s good friend, Canada — while actually harming the environment, since the Canadians will simply ship their oil by rail and truck (meaning more pollution and greater risk of spills) to consumers who will still burn it, probably in dirtier plants than the ones here.

Then there’s his culture-war nonsense, such as his order mandating that biological males be allowed to compete in sports with girls — another policy a majority of Americans disapprove of, according to a Harvard University and Harris Insights and Analytics poll.

He’s so reluctant to defy the hard left that he played along with the nutty drive to cancel Dr. Seuss, Theodor Seuss Geisel, dropping all mention of the beloved author in his Read Across America Day proclamation. Never mind that the day comes on March 2 because that’s Seuss’ birthday, nor that then-President Barack Obama and his wife as recently as 2015 highlighted Seuss’ work to interns and kids. “Pretty much all the stuff you need to know is in Dr. Seuss,” Obama said. Heck, now-Vice President Kamala Harris tweeted Seuss a happy birthday wish in 2017.

But the ravenous left wants Seuss’ scalp, and Biden obliged in canceling an author who’s showed countless millions that reading is fun.

Whether he fears the power of the left, or has no real idea how extreme his administration is proving, the president is rejecting the sensible center across the board. He’s not only being foolish, he’s doing the exact opposite of his inaugural vow to unify the nation.

Feds seize 2,000 earbuds at JFK, maker wants them back

nypost.com - 7 months ago
Federal customs agents seized 2,000 allegedly counterfeit earbuds at JFK Airport — only to have the manufacturer demand their return. US Customs and Border Patrol said the shipment of knock-off Apple AirPods was discovered in an air cargo facility after
Read More

nypost.com - 7 months ago
The FBI investigation into the shooting death of Breonna Taylor could lead to federal charges against the officers — after a Kentucky grand jury indicted only one Louisville cop on counts that were not related to her death, a spokesperson told The Post on
Read More

nypost.com - 4 months ago
More people were hospitalized for COVID-19 nationwide on Saturday than ever before during the months-long pandemic, with 91,635 patients currently admitted over the virus, data shows.
Read More
More News & Articles