Inside look at different ways Giants can improve at wide receiver

Whoever said “Life doesn’t give do-overs” wasn’t talking about acquiring playmaking wide receivers. One year ago, with a historically deep wide receiver draft class, the Giants didn’t use any of their 10 picks to add to the nucleus of Sterling Shepard,
Author: Ryan Dunleavy
Published: 2021-03-07 02:03 am 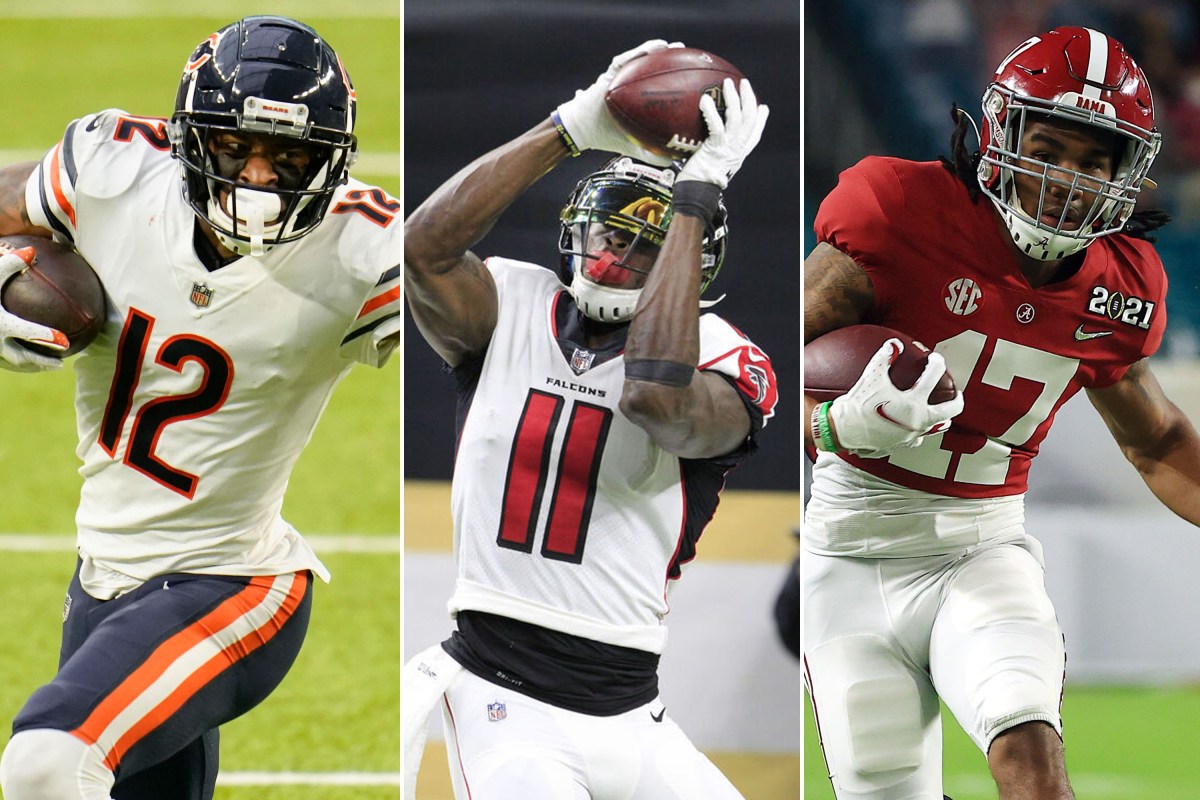 One year ago, with a historically deep wide receiver draft class, the Giants didn’t use any of their 10 picks to add to the nucleus of Sterling Shepard, Darius Slayton and Golden Tate. The decision haunted the NFL’s second-worst scoring offense and stunted quarterback Daniel Jones’ growth.

As second chances go, this is a good one. Wide receiver is a strength of the 2021 draft and the premier position in free agency. For the Giants, need should meet availability more than once this offseason, especially after Tate was released for $6.1 million in savings during a year in which COVID-19’s impact will be felt on the salary cap.

“This should be a good year for needing a receiver,” said Jason Fitzgerald, founder of OvertheCap.com, “but because cap space may be limited, it is possible some teams will not get in the running the way they usually would.”

Are the Giants ready to spend on a No. 1 receiver to at last adequately replace Odell Beckham Jr.? Owner John Mara said it will be a “priority” to “add some more pieces” to the offense, and general manager Dave Gettleman added “we’re going to find the right guys to help Daniel get us over that hump.”

Here is a closer look at the receiver market:

Best of the rest: Corey Davis, Will Fuller

Godwin, Allen Robinson and Golladay (Godwin just turned 25, while Robinson and Golladay will turn 28 this year) are listed as Pro Football Focus’ No. 2-4 overall free agents, with projected average annual salaries exceeding $21 million. Fitzgerald’s estimates come in lower: Robinson at $20 million per year, Godwin and Golladay a notch under the peak, and Smith-Schuster and Fuller around $16 million-17 million.

“They should absolutely try to get that [Golladay] kid,” NFL Network analyst Michael Irvin said. “I think he would make a huge difference and give the Giants something that they need from the wide receiver position. A guy like Golladay would be big in New York.”

As Amari Cooper and Robby Anderson can attest, the 2020 free-agent market was depressed by teams planning to address a receiver need cheaply from the draft. If that happens again, it works to the Giants’ advantage.

Even teams willing to open their wallets face a problem, however: The four best options could be kept off the market via franchise tag, especially if the Steelers forgive Smith-Schuster’s selfish antics at the end of the season.

“Juju is a great route-runner, really good size, works over the middle, run-blocking, does all the dirty work,” NBC Sports analyst Chris Simms said. “That kind of guy would complement very well Darius Slayton. Even T.Y. Hilton on a two-year deal is still fast enough to beat you on the outside. You could make him and Sterling Shepard very interchangeable.”

The Giants’ ideal target is an outside threat, allowing Shepard to slide back to his natural role in the slot. Fuller will be suspended to start the season — Tate flashbacks — and is more of a speed specialist, so the Giants could be drawn to Davis, a former first-round pick who in 2020 had career highs of 984 receiving yards and five touchdowns at the right time.

Samuel was drafted by Gettleman in Carolina. Fuller and Ross are injury-prone, and the Giants’ typically err on the side of being conservative with medical checks in free agency. Green and Jones, in their 30s, are not long-term fixes. Robinson creates 4.2 yards of separation on routes, according to NexGenStats — and that is severely lacking on the Giants.

Any tag candidates also become trade possibilities, especially a potentially disgruntled Robinson. He totaled 200 catches for 2,397 yards and 13 touchdowns over the past two seasons playing with marginal quarterbacks. He checks boxes for deep threat (22 catches of 20 yards or more last season) and secure hands (one drop on 151 targets).

“Wide receivers are one of the better free-agent investments, though sometimes expectations are too high, which makes some people get disappointed even though the results are on par for their historical play,” Fitzgerald said. “You should be able to get three solid years out of an expensive receiver.”

Top of the class: Julio Jones

The NFL’s two leading receivers — Stefon Diggs and DeAndre Hopkins — were both traded last offseason. It was easy to see a Diggs trade coming. Not so much with Hopkins — and none of these listed receivers are known to have requested a trade.

Timing seems right to trade Jones as the Falcons rebuild, but his contract is prohibitive: Atlanta would take a $23.2 million dead-money salary-cap hit and thus likely ask for a big return even as his new team inherits a $15.3 million salary. Jones’ average season from 2014-19 was 103 catches for 1,564 yards and six touchdowns.

“I think Slayton has borderline No. 1 traits,” Simms said, “so I don’t look at them as needing a superstar weapon. I imagine the route they will go is, ‘Let’s have three really good guys.’ ”

Giants coach Joe Judge was Edelman’s position coach in 2019, and the Patriots like to dump players before the expiration date. Parker’s past two seasons were his best two, and his $8.35 million price isn’t a bad rental.

The availability of Cooks and Sanders could depend on their teams’ quarterback situations. If Deshaun Watson goes, Cooks is more likely to follow. If Drew Brees retires and the Saints rebuild, Sanders is expendable. The thrice-traded Cooks said he will not “accept” any more trades, but that’s not really his choice.

Washington is the odd-man out with the Steelers if Smith-Schuster remains with Chase Claypool and Diontae Johnson. The Jaguars are starting fresh, and Chark’s production plummets without Gardner Minshew at quarterback.

Despite early top 10 projections, the three consensus elite receivers in the 2020 draft have slipped to between picks No. 12-17. That would give the Giants their “Big Three” choice at No. 11, which seems unlikely.

“Shepard and Slayton are talented receivers, but I think they need an Alpha in the room,” The Draft Network’s senior analyst Jordan Reid said. “They could have a choice of two out of three, maybe Waddle and Smith.”

Chase sat out the season, while Smith won the Heisman Trophy. The 174-pound Smith’s ability to line up inside and outside makes him right for coordinator Jason Garrett’s offense. To ease concerns, Marvin Harrison proved durable with a similar scrawny body type.

Waddle “plays the game with a jetpack on, which is the different component he offers than the other two,” Reid said. The Giants are starved for slot speed.

Bateman, Toney, Moore and Marshall are possibilities if the Giants trade down in the first round or target a receiver in the second round. Powell, Toney, Grimes and Palmer were at the Senior Bowl and played in the SEC or ACC — two trends in Gettleman’s drafting. Darden had 19 touchdown catches at North Texas last season.

“NFL teams are starting to learn the lesson that Day 2 is where the goldmine of receivers has been found,” Reid said. “This is another great receiver class. It’s just a matter of exactly where they want to pick one.”

nypost.com - 4 months ago
Take all the new analytics and toss them to the side here. We are going to deal with batting average, pure and simple. How many times did he take a swing and how many times did he get a hit? “Now batting, number 69 [years old], Dave Gettleman, number 69.’
Read More

nypost.com - 5 months ago
Music brings out the best of us.
Read More

nypost.com - 7 months ago
Despite the outcry, the streaming giant is standing by the movie, recommending that critics actually watch it before condemning it.
Read More
More News & Articles