San Diego Sector Border Patrol agents continue to arrest previously deported sex offenders after they illegally return to the United States. During the first five months of Fiscal Year 21, the agents arrested as many sex offenders as they did during the
Author: Bob Price
Published: 2021-03-07 11:39 am 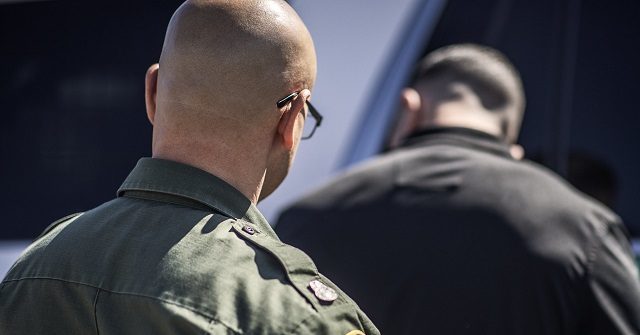 San Diego Sector Border Patrol agents continue to arrest previously deported sex offenders after they illegally return to the United States. During the first five months of Fiscal Year 21, the agents arrested as many sex offenders as they did during the entire previous year.

San Diego Sector agents patrolling the border in the Otay Mountain Wilderness are on March 3 came in contact with a man about one and one-half miles north of the California border with Mexico. The man admitted to agents that he illegally crossed the border into the U.S., according to information obtained from San Diego Sector Border Patrol officials.

In the first 5 months this fiscal year, #BorderPatrol agents in San Diego have arrested 25 sex offenders. This is equal to the total apprehended locally during all of last fiscal year. Apprehending predators like these makes our communities safer. Read: https://t.co/Qp1EoZtkbH pic.twitter.com/jJbj8CMTJ6

The agents transported the man identified as a Mexican national to a processing station. All migrants apprehended undergo a biometric criminal background investigation.

During a records check, the agents the 34-year-old man as having a criminal history. A court in Nevada convicted the man for lewdness with a child under the age of 16, officials stated. The court sentenced him to four years in state prison.

At the completion of his sentence, U.S. Immigration and Customs Enforcement (ICE) Enforcement and Removal Operations (ERO) officers deported the man to Mexico. He now faces federal felony charges for illegal re-entry after removal as a sex offender. If convicted on the charge, he could face up to 20 years in federal prison and then removal to Mexico.

The arrest of this previously deported child sex offender marks the 25 sex offender to be arrested in this sector since the beginning of the fiscal year on October 1, 2020. That number ties the number of sex offenders arrested after illegally re-entering the U.S. in all of Fiscal Year 2020, officials stated.

Bob Price serves as associate editor and senior news contributor for the Breitbart Texas-Border team. He is an original member of the Breitbart Texas team. Price is a regular panelist on Fox 26 Houston’s Sunday-morning talk show, What’s Your Point? Follow him on Twitter @BobPriceBBTX, Parler @BobPrice, and Facebook.

Diddy Launching Black Political Party: I Campaigned to Get Democrats Elected, They Didn't Change the Reality for Black People

www.breitbart.com - 6 months ago
Multi-millionaire rapper Sean “Diddy” Combs is launching a black political party, saying that "white men like Trump need to be banished." He also said he believes there will be a "race war" if President Trump wins re-election in November.
Read More

www.breitbart.com - 4 months ago
What Cuomo failed to recognize is that faith is a vaccine for hopelessness and worship an antibody against despair. People need to believe that they’re going to live.
Read More

www.breitbart.com - 4 months ago
A charity that collects and distributes toys to needy children in Charlottesville, Virginia, at Christmastime got a huge surprise recently.
Read More

www.breitbart.com - 7 months ago
Thousands of protesters took to the streets of Germany on Sunday to demand that the government take in more migrants following the fire that destroyed the Moria migrant camp in Greece. In Berlin, around 5,000 pro-migrant activists staged a mass
Read More
More News & Articles