AP’s Pace: Biden Has No Border Plan -- Migrants Think They Have An Open Invitation

Associated Press Washington Bureau chief Julie Pace argued on this week's broadcast of "Fox News Sunday" that President Joe Biden did not have a plan for the surge underway on the U.S.-Mexico border.
Author: Pam Key
Published: 2021-03-07 12:44 pm 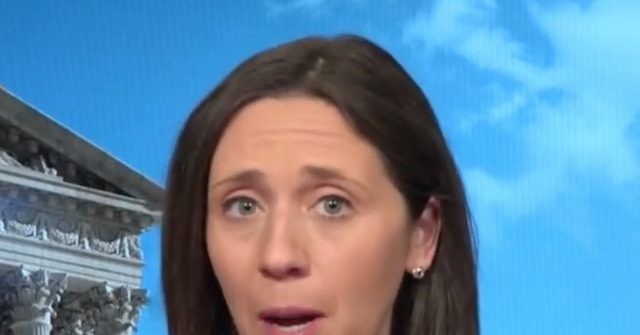 Associated Press Washington Bureau chief Julie Pace argued on this week’s broadcast of “Fox News Sunday” that President Joe Biden did not have a plan for the surge underway on the U.S.-Mexico border.

Based on that, Pace said migrants think they have an open invitation.

Anchor Chris Wallace said, “The Department of Homeland Security put out a report this week, it wasn’t put out to the public, but it was leaked that they are now projecting 117,000 unaccompanied minors that are going to cross the border this year. Way over what we thought was a very serious surge in 2019. Is that sustainable for the Biden White House to say, well, it’s not a crisis, it’s a challenge, we are managing it, and more importantly, do they really have a plan to get this under control?”

Pace said, “They don’t have a plan at the moment to get this under control. We do have the White House is dispatching some officials to the border to try to see the situation firsthand. Right now, they’re caught in this situation where they are saying that the policy steps we’ve seen Biden take on migration essentially rolling back a lot of the Trump administration’s deterrence policies should not be read by migrants as an open invitation. Do not mass at the border. This does not mean you can get across easily, but for all of their talk about that, all the messaging on that, that is not the message that is actually being received by migrants.”

“So you do have this situation where people are increasingly coming to the border, families with young children do feel like this is a moment where they can get into the United States,” she continued. “They feel like that’s going to be a more receptive policy from the Biden administration. So this is the challenge that the White House has. If they don’t think that their policy actually is an open invitation, then they have to signal that more clearly because that is obviously not the way it is being interpreted at the moment.”

www.breitbart.com - 1 month ago
Rancor over Texas Governor Greg Abbott (R) announcing the end of the Lone Star State's coronavirus mask mandate on Tuesday didn't come from Joe Biden but from the Twitter accounts of the many of the left-wing celebrity elites who helped put him in the
Read More

www.breitbart.com - 1 month ago
Legislation being considered in California would prohibit retailers from having toy sections laid out according to sex.
Read More