Team LeBron wins NBA All-Star Game, but HBCUs were the real winner of the night

While Team LeBron defeated Team Durant 170-150 to win the NBA All-Star Game on Sunday, the real winners of the night were historically Black colleges and universities (HBCUs).
Author:
Published: 2021-03-07 11:21 pm 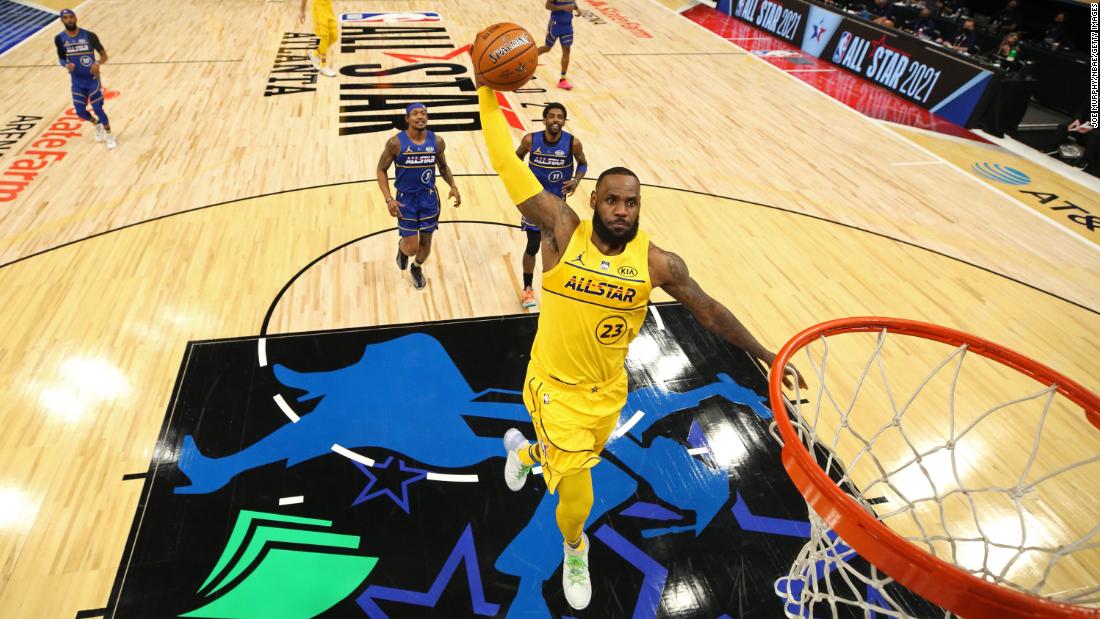 Team LeBron represented The Thurgood Marshall College Fund and Team Durant played for the United Negro College Fund. Both funds are non-profits that look to award scholarships and support HBCUs.

The league generated $3 million in donations for HBCUs and made sure every element of the event was geared toward promoting the schools, according to the NBA. Thanks to their win, Team LeBron raised $1.25 million for the Thurgood Marshall Fund. Team Durant also raised $500,000 for The United Negro College Fund.

The game and festivities around the All-Star game were different this year -- many of the events that usually take place over a series of days took place in one night. Fans still got to see the amazing dunks, smooth passing and effortless three-pointers. They also got a look into the what HBCUs have to offer.

Atlanta, where the game took place, is home to the largest consortium of private HBCUs in the world -- Morehouse College, Spelman College and Clark Atlanta University (CAU) and the Morehouse School of Medicine -- collectively known as the Atlanta University Center (AUC), according to the consortium's website.

"It was part of the reason why we're here in Atlanta," NBA Commissioner Adam Silver told the league. "This was an opportunity to focus on the HBCUs."

As part of that effort to promote and honor these schools, the court was designed by HBCU artists.

"I'm so happy the NBA is celebrating our HBCUs," Vice President Kamala Harris, an alumna from Howard University, told actor Michael B. Jordan on Sunday.

There are more than 100 HBCUs across the US, according to the National Center for Educational Statistics. Most of them were formed after the Civil War to provide educational opportunities for enslaved people who were now free.

While they represent about 3% of the higher education institutions, at least 17% of bachelor's degrees by African Americans come from HBCUs, according to the United Negro College Fund.

www.cnn.com - 5 months ago
Dan Schulman, President and CEO of PayPal, says the decision to accept digital currencies is to help shape the future of everyday commerce.
Read More

www.cnn.com - 6 months ago
If you looked closely during the University of Michigan's football season opener on Saturday, you may have noticed a special detail on the Wolverines' helmets.
Read More

www.cnn.com - 3 years ago
A therapist forbade 16-year-old Mathew Shurka from speaking to his mother and sisters for three years. The youngest child and only son in a tight-knit Long Island family, Shurka said that his mom wasn't physically or emotionally abusive. Instead, the
Read More

www.cnn.com - 1 year ago
The first canvasser, for Elizabeth Warren, knocked on my door last June. It was far earlier than in prior years, but like other New Hampshire voters I have been answering the door (or not, depending on my mood), throwing candidate mailers away (Tom Steyer
Read More
More News & Articles