ORLANDO, Fla. — The final pairing of Sunday’s Arnold Palmer Invitational represented the epitome of old school (Lee Westwood) versus new school (Bryson DeChambeau). DeChambeau was grinding on the practice range well past when darkness set in on Saturday
Author: Mark Cannizzaro
Published: 2021-03-08 12:13 am 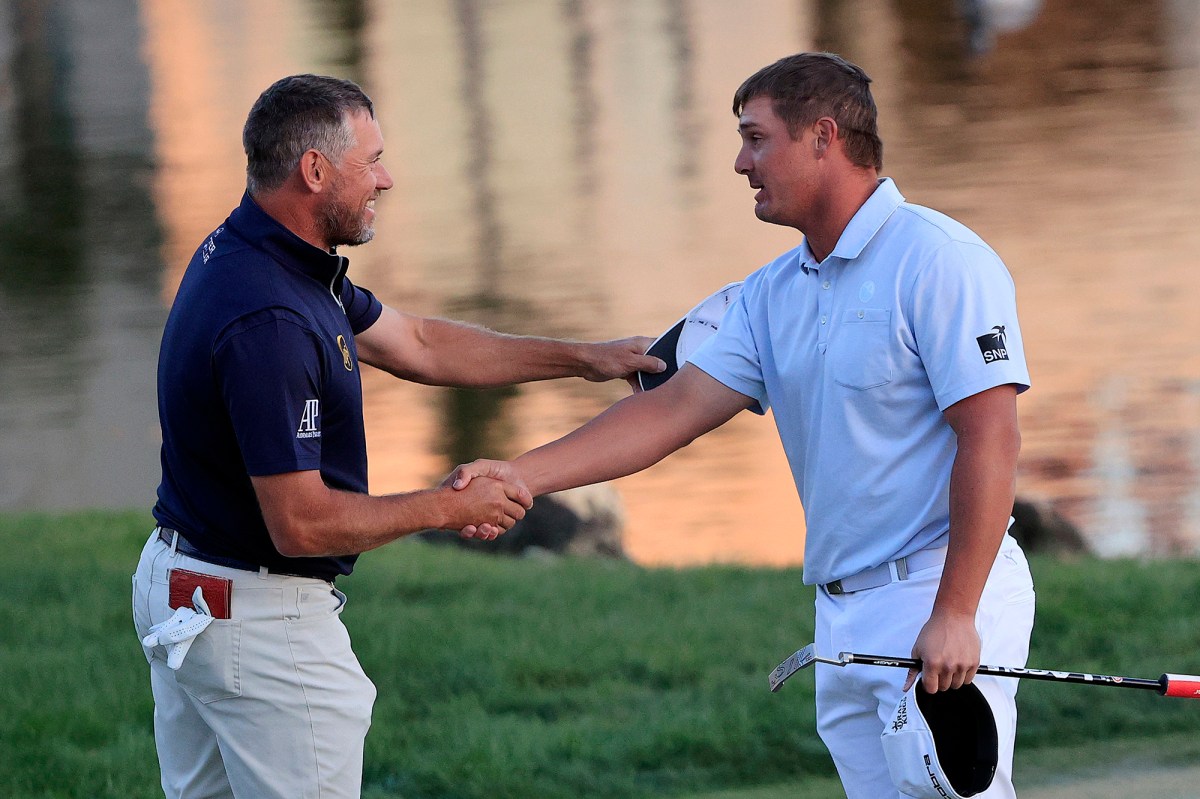 DeChambeau was grinding on the practice range well past when darkness set in on Saturday night. Westwood was likely enjoying a relaxing glass of wine or three with his girlfriend, Helen Storey, who’s also his caddie.

The 47-year-old Westwood represented perhaps the most dangerous opponent of all for DeChambeau in that he’s so at peace with his place in the game that it’s like he almost doesn’t care if he wins again or what his legacy will be if he doesn’t.

Westwood’s carefree demeanor on the golf course is what we all strive for — professionals and amateurs alike — and most of us can never truly find. Because we all care too much. We care about the result, the score.

DeChambeau comes off as a guy who cares more than anyone based on his relentless work to improve himself and his equipment.

When the tournament was over Sunday and DeChambeau had outlasted Westwood, winning by one shot, even Westwood walked away impressed at what he’d witnessed.

“It’s great to watch,’’ Westwoood said. “You can see the shape of him; he’s worked hard in the gym and he’s worked on his technique to hit it a long way and it’s not easy to hit it that straight as he hits it as far as he hits it. He can overpower a golf course.’’

Said Westwood, who was trying to win on the PGA Tour for the first time in more than a decade: “I thought we had a really good battle. It was never really more than one [shot difference] all day and there were tough conditions out there.’’

One thing Westwood was determined not to do was try to keep up with DeChambeau.

“When you’re playing with Bryson, when I’m playing with him, I’m not going to go out there and go blow for blow with him,’’ Westwood said. “Some people can do that and will do that. But that’s the way for me to play myself out of a tournament.’’

Kristoffer Ventura, a 26-year-old from Mexico, had a hole-in-one on the 201-yard par-3 14th hole on Sunday with a 6-iron. It was the second ace on that hole in two days, with Jazz Janewattananond accomplishing the rare feat on Saturday.

“I hit a great shot and it just happened to go in,’’ Ventura said. “It took awhile for the ball to go in and then when the crowd went crazy that’s when we knew. It’s my first one ever in a tournament. So, it was pretty cool.’’

nypost.com - 6 months ago
New Nets coach Steve Nash takes a timeout from a hectic offseason for some Q&A with Post columnist Steve Serby. Q: You don’t feel any pressure in this job, or you don’t feel like you will? A: No, I feel pressure. I love pressure. I think that’s what makes
Read More

nypost.com - 5 months ago
Daryl Morey has begun to shake up the 76ers. Before Wednesday night’s NBA Draft 2020, the 76ers traded Al Horford, a 2025 first-round pick, a 2020 second-round pick and the draft rights to Vasilije Micic to the Thunder for Danny Green and Terrance
Read More

nypost.com - 5 months ago
When John Abbamondi took over as CEO of BSE Global — the Nets’ parent company — the coronavirus pandemic had already thrown the NBA season into chaos, along with the rest of the world. It’s still in a state of flux. It’s no wonder Abbamondi would reach
Read More

nypost.com - 9 months ago
“That was my first fish. That makes me cry.” This kid held back tears after catching his first fish ever. Watch the emotional moment when lil’ Ethan pulls in a pike while fishing with his dad on Lake Champlain, Quebec. “It’s the first day of my whole
Read More
More News & Articles