The simple way Apple and other companies can help the economy

The Federal Reserve and other central banks around the world have taken swift, coordinated action to help stabilize the global economy and financial markets. They've dedicated trillions of dollars worth of stimulus during the coronavirus pandemic.
Author:
Published: 2020-03-24 02:06 pm 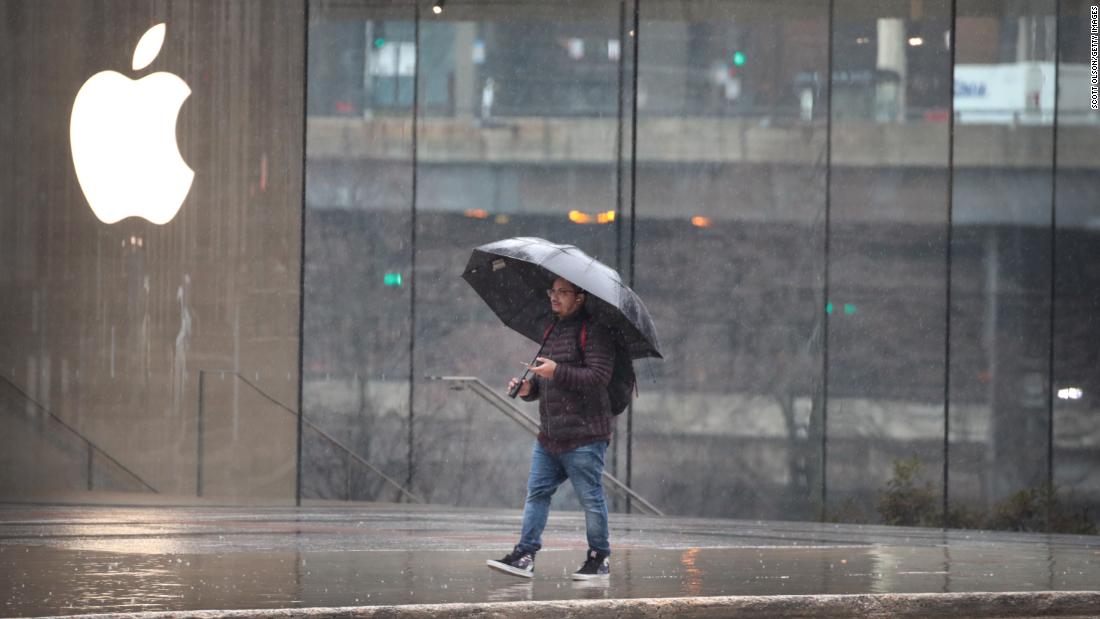 New York (CNN Business)The Federal Reserve and other central banks around the world have taken swift, coordinated action to help stabilize the global economy and financial markets. They've dedicated trillions of dollars worth of stimulus during the coronavirus pandemic.

Politicians in Washington are stepping up to the plate, too. Congress is reportedly close to approving a financial aid package to help struggling consumers and businesses.

Another leg of stimulus could potentially come from Corporate America. Companies can (and should) help the economy by putting their ample cash reserves to work.

Companies have a lot of cash, and many of them are starting to realize that they can put it to work for better use than simply rewarding shareholders with stock buybacks and dividends: They can support their workers and other Americans too.

Non-financial companies in the United States (i.e. companies excluding banks) have more than $1.5 trillion or so in cash on their balance sheets, according to analysis from Moody's from late last year. That's a lot to work with.

If that is used to help people struggling from the coronavirus outbreak (i.e. employees, rather than investors), then that could go a long way toward keeping the US economy afloat in the midst of the pandemic.

Blue chip American firms such as Facebook (FB), CVS (CVS), Walmart (WMT), JPMorgan Chase (JPM) and Kroger (KR) are among several that have already announced bonuses for some of their workers.

Much of the stimulus could come from the tech industry. After all, Apple (AAPL), Microsoft (MSFT), Google owner Alphabet (GOOGL), Amazon (AMZN), Facebook, Cisco (CSCO), and Oracle (ORCL) had nearly half of the cash -- about $638 billion of it -- that Moody's cited in its report.

Companies (like Apple) that still have a lot of cash sitting overseas should easily be able to bring much of that money back to the United States following tax law changes in 2017 that lowered the tax rate for repatriating offshore assets.

Cisco pointed out in an email to CNN Business that it's already planning to donate $225 million in cash to global nonprofits as well as charities in its corporate backyard to help low-income residents of California's Santa Clara County.

And Facebook said it is working closely with vendors to make sure its employees stay safe and healthy.

"Facebook will pay contingent workers that cannot work due to reduced staffing requirements while working from home, when we close an office, when we choose to send an employee home or when they are sick," said Facebook spokesman Anthony Harrison in a statement to CNN Business.

Apple, Microsoft, Google, Amazon, and Oracle were not immediately available for comment. But several of these companies have already been using their cash to help those in need.

In addition to announcing cash bonuses for workers, Facebook has also set aside $100 million for cash grants to small businesses.

Amazon is hiring 100,000 workers for its fulfillment centers to keep up with online shopping demand. And Apple has also announced various cash donations as well as plans to give away industrial face masks to health care workers in the United States and Europe.

It's a start, but Corporate America probably should -- and hopefully will -- do even more.

Corporate America is ready for a Biden presidency

www.cnn.com - 6 months ago
President Trump has yet to concede and many prominent Republicans in Washington aren't publicly throwing in the towel either. But Corporate America is ready to move on and is preparing for a Joe Biden presidency.
Read More

Reliable Sources: Contrasting the media coverage of the Chauvin trial

Indiana congressman: 'I am heartbroken by the mass shooting'

www.cnn.com - 4 months ago
In an interview with CBS, Dr. Deborah Birx said she saw President Donald Trump presenting graphs about the coronavirus pandemic that she never made and claimed that someone either outside or inside the administration was creating a parallel set of data to
Read More
More News & Articles