Showing just how far from reality she operates, House Speaker Nancy Pelosi on Thursday waved off the growing border disaster by explaining that President Joe Biden’s policies are all about a “love of children.” “I trust the Biden administration’s policy t
Author: Post Editorial Board
Published: 2021-03-12 06:23 pm 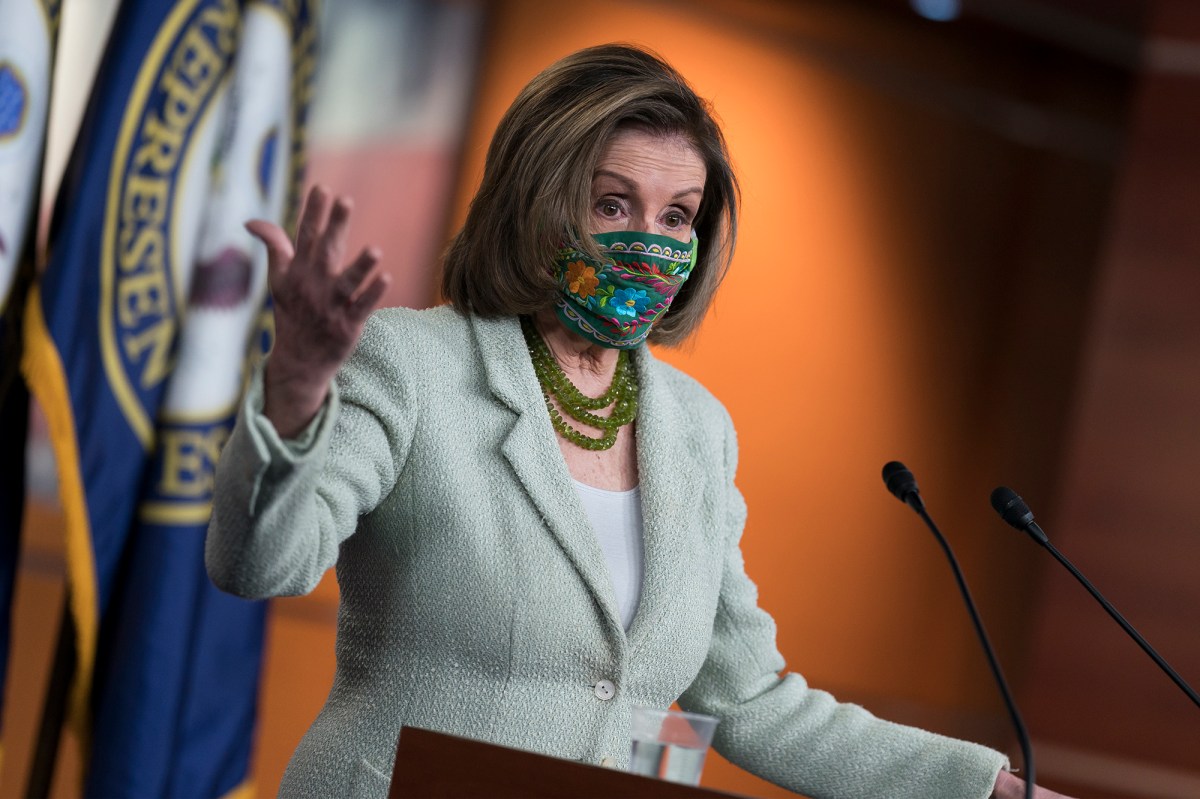 Showing just how far from reality she operates, House Speaker Nancy Pelosi on Thursday waved off the growing border disaster by explaining that President Joe Biden’s policies are all about a “love of children.”

“I trust the Biden administration’s policy to be based on humanitarian and love of children rather than political points or red meat for their — for their Republican base,” she said.

More: “The difference between this administration and one before is great in terms of how we meet the needs of these children,” including having “a humanitarian reception for them wherever they are.”

Reality check: Biden’s policies and irresponsible rhetoric have prompted a surge of unaccompanied children crossing the border. In February, 29,792 kids crossed without their parents, 2,942 of them under 12, according to US Customs and Border Protection. That’s up from 4,995 in December, when the surge began, and it’s expected to more than double to all-time-record levels.

And that’s forcing the administration to hold them in the same “cages” that Democrats vilified the last president for. They called it a “crime against humanity” then, but now it’s “love”?

Sending a green light for people to start young children on a perilous 1,000-mile journey isn’t any kind of love; it’s madness. Democrats should not be encouraging it. But Pelosi’s too wrapped up in her political talking points to realize.

nypost.com - 4 weeks ago
After being convicted in the murder of George Floyd, Derek Chauvin was taken to the Minnesota Correctional Facility-Oak Park Heights — a maximum-security state prison. The ex-Minneapolis cop was transferred there through an agreement between the Hennepin
Read More

nypost.com - 6 months ago
Ten people were killed and 10 others wounded — seven critically — when a blaze broke out at a public hospital treating COVID-19 patients in northeastern Romania Saturday. The fire spread through the intensive care ward designed for coronavirus patients at
Read More

nypost.com - 7 months ago
With his new HBO Max series "Equal," Porter is ready to "get in good trouble and fight the good fight."
Read More

nypost.com - 6 months ago
Every debate about the NFL’s elite starts with Patrick Mahomes. The Kansas City Chiefs are the league’s top power-rated team and Super Bowl favorites mostly due to Mahomes, who’s this year’s MVP and seems destined to become the greatest quarterback to eve
Read More
More News & Articles