Rihanna deserves to take a bow after scoring this epic new Beverly Hills mansion. The “Diamonds” singer, 32, purchased the five-bedroom, seven-bathroom estate for a whopping $13.75 million, just before the New Year, on Dec. 28. Located in the upscale
Author: Mary K. Jacob
Published: 2021-03-18 01:25 pm 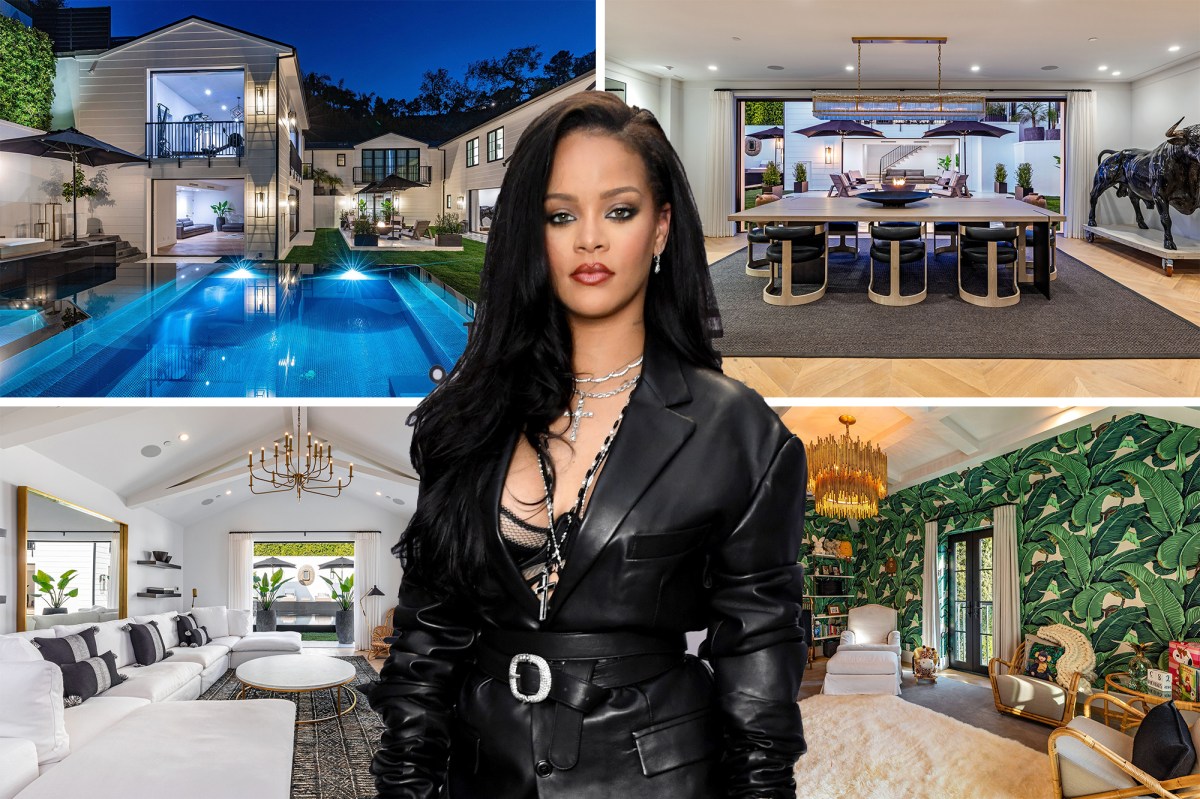 Rihanna deserves to take a bow after scoring this epic Beverly Hills mansion.

The “Diamonds” singer, 32, purchased the five-bedroom, seven-bathroom estate for a whopping $13.75 million on Dec. 28.

Located in the upscale Beverly Hills Post Office neighborhood, where many fellow celebrities reside, the modern farmhouse-style property spans 7,628 square feet and sits on half an acre.

The home lies on the same star-studded street as her “FourFiveSeconds” collaborator Paul McCartney. (BTW: She famously called herself a “peasant” in comparison to the Beatles “legend” after bumping into him on a flight in 2019 — so on-the-street meet-and-greets with her new neighbor should be fun!)

Other features include a den/office space and a separate guest house.

Interior highlights include a gourmet chef’s kitchen, a cocktail bar, formal living and family areas with French oak flooring that flows from room to room. The master suite boasts idyllic mountain views and has a spa-like bath that opens to a private outdoor sitting area.

The singer and entrepreneur owns three other homes in Los Angeles that she purchased between 2014 and 2017.

Since her breakup with Saudi businessman Hassan Jameel last year, Rihanna is reportedly dating rapper A$AP Rocky. They were spotted together celebrating Christmas in her home country of Barbados.

nypost.com - 8 months ago
Dustin Johnson is forever grateful for his biggest supporter, Paulina Gretzky. “She’s a huge part of me, our family and my success,” the 36-year-old golfer recently told Golfweek. “She’s home with the kids, and has been great with that, and just has been
Read More

nypost.com - 4 months ago
The Washington Football Team’s strange quarterback situation keeps getting stranger. Coach Ron Rivera said Tuesday that it is possible Alex Smith and Taylor Heinicke will rotate during their playoff game against the Tampa Bay Buccaneers. Washington is 5-1
Read More

‘Every day is Groundhog Day’ now thanks to COVID-19, Twitter laments

nypost.com - 3 months ago
The endlessly-witty Twitterati decided ring in Groundhog Day 2021 by joking that every day is never-ending during the coronavirus pandemic, which has seen most countries in lockdown since last spring.
Read More

nypost.com - 5 months ago
A first-of-its-kind blood test for Alzheimer’s disease is now on sale, signaling a potential breakthrough for patients but also raising concerns. The test from C2N Diagnostics of St. Louis determines if patients have a buildup of a protein called
Read More
More News & Articles