Cade Cunninngham was asked repeatedly about carrying his team to a championship, about mimicking Carmelo Anthony’s memorable 2003 run. About what it takes as a freshman to put his team on his back. He never flinched. Never backed away from the pressure an
Author: Zach Braziller
Published: 2021-03-18 08:48 pm 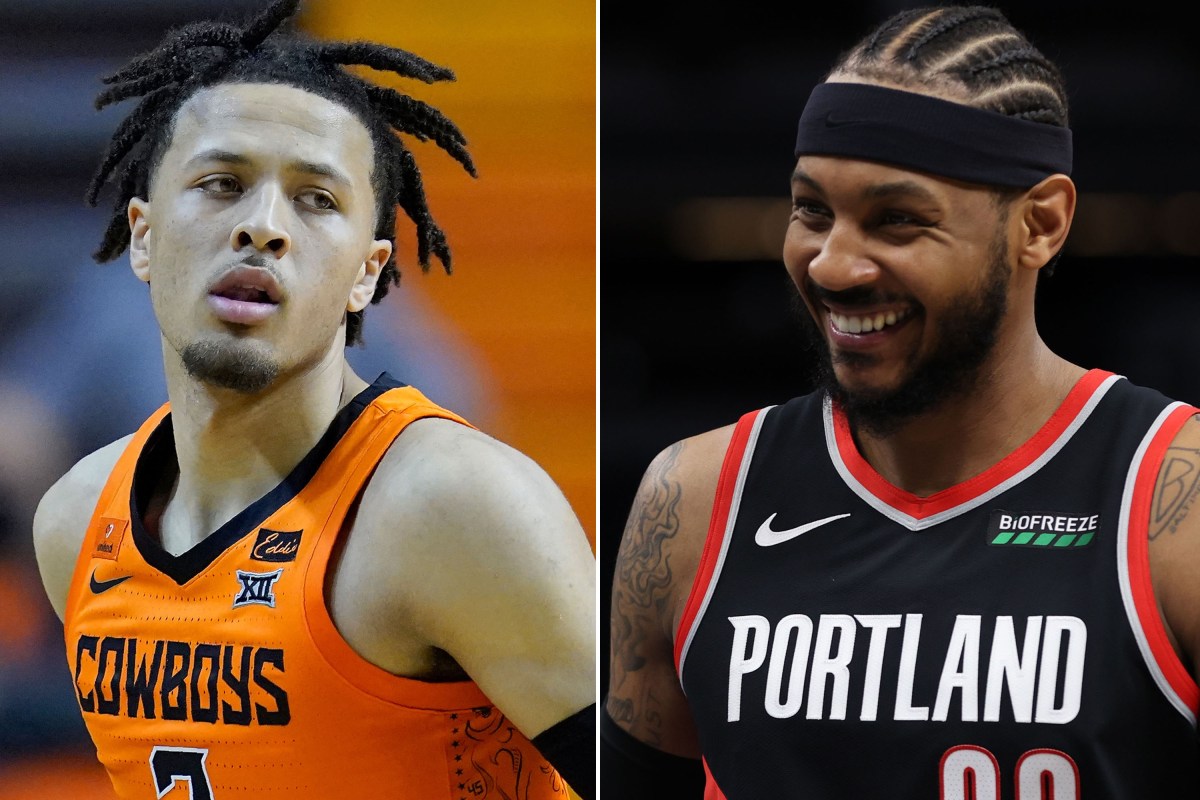 Cade Cunninngham was asked repeatedly about carrying his team to a championship, about mimicking Carmelo Anthony’s memorable 2003 run. About what it takes as a freshman to put his team on his back.

He never flinched. Never backed away from the pressure and responsibility that being the projected No. 1 pick in the NBA draft carries. He embraced the attention he will garner in the NCAA Tournament.

“I’ve been saying I wanted to have a ’Melo-type year since I got here,” the 6-foot-8 point guard said this week over Zoom, as fourth-seeded Oklahoma State prepared for its Midwest Region opener against No. 13 Liberty on Friday night in Indianapolis.

Cunningham and the Cowboys are one of the big stories in this tournament. They weren’t supposed to even be part of March Madness. Several months after Cunningham committed to coach Mike Boynton’s program, the Cowboys were given a one-year postseason ban for their role in the college basketball corruption scandal. Oklahoma State appealed, and a decision wasn’t rendered in time by the NCAA’s infractions appeals committee.

So in a year in which several notable high school stars opted for the G-League’s new lucrative one-year route, the top prospect in the country will be part of March Madness, and after he had such a strong season, averaging 20.2 points, 6.3 rebounds and 3.6 assists, the expectations for the Associated Press first-team All-American are through the roof. But he doesn’t mind it.

“I’ve kind of always prepared myself for the spotlight, because I always wanted to be that guy,” the Texan said.

Cunningham insisted he didn’t have his eyes on Oklahoma State until only a few months before last November. While his brother Cannen was hired by Boynton in the summer of 2019, he said he didn’t talk to him about the program too much. Cannen was only going to recruit his younger brother if he felt it made sense. That the right pieces were in place to make it work.

Of course, a player of Cunningham’s ilk changed so much for the Cowboys. A year removed from going 7-11 in the Big 12, he led them to their highest tournament seed since 2005. He was impressive all season, but his game seemed to go up a notch in late February.

He poured in 40 points in a win over in-state rival Oklahoma and led an upset of Baylor in the Big 12 Tournament semifinals, notching 25 points, eight rebounds and five assists. Yet, when Boynton was asked about Cunningham, he talked mostly about his intangibles. His attention to detail at both ends of the floor. His unselfishness. His defensive focus.

“There’s not anybody that we can play that I wouldn’t go in thinking I have the best player in the game,” Boynton said.

In the one-and-done era, most elite prospects have chosen to play at Kentucky or Duke or Kansas. The ones who haven’t, like Ben Simmons, Anthony Edwards and Markelle Fultz, have seen their teams struggle. Cunningham has been different.

“Because I hate to lose,” he said.

It is why so many eyeballs will be on him and Oklahoma State for as long as they are playing. It’s been six years since a team led by freshmen won it all. But you have to go all the way back to Anthony and Syracuse in 2003 for a time when one freshman — not a group of them like Duke in 2015 and Kentucky in 2012 — led his team to glory. That’s the bar for Cunningham.

Terror-finance rulings the Supremes must strike down, despite Biden’s pleas

nypost.com - 2 months ago
The Supreme Court is poised to decide if it will consider two critical terror-financing cases.
Read More

nypost.com - 1 year ago
Darius Morris — who also once played for the Los Angeles Lakers — denied Kristen Summer's allegations that he dragged her by her hair and "violently beat" her as she "begged for her life."
Read More

nypost.com - 2 years ago
Not every player the Mets want will be coming to Queens this season. George Springer, whom the Mets had targeted for most of the winter as a center-field upgrade and needed right-handed bat for the lineup, and the Blue Jays agreed to a six-year contract
Read More
More News & Articles