Demonstrators are angry and exhausted over a grand jury's decision not to charge officers in Breonna Taylor's death.
Author:
Published: 2020-09-26 09:40 am 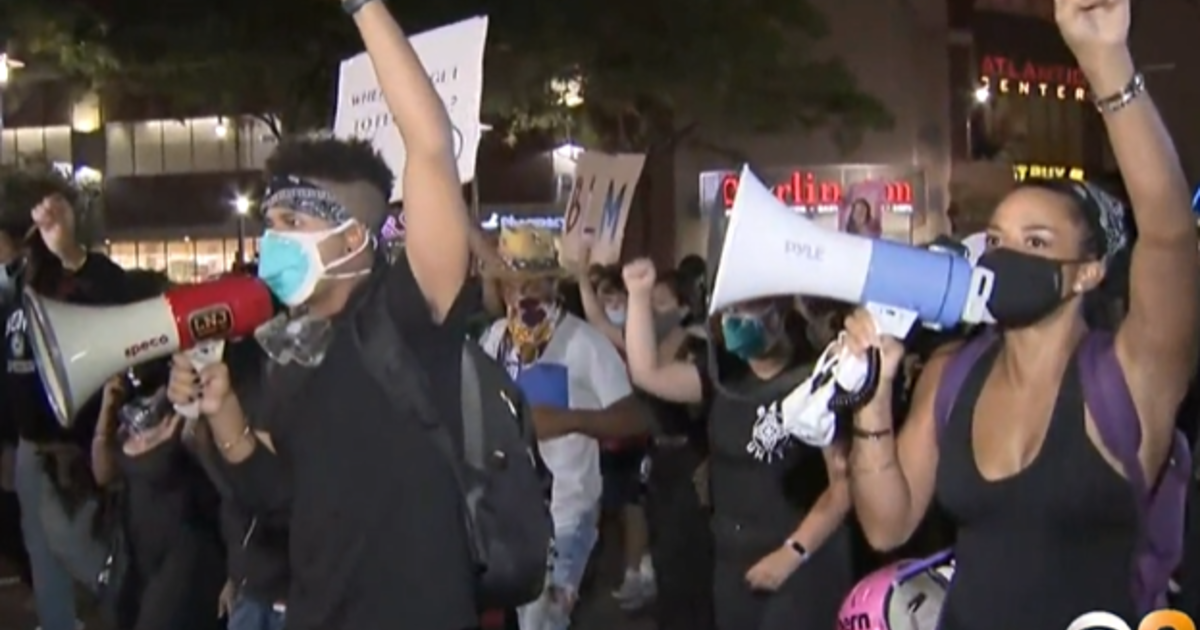 Protests continued for another night on Friday in New York – and around the country – over a grand jury's decision not to charge Louisville, Kentucky, police officers in Breonna Taylor's death.

Hundreds marched through Brooklyn from the Barclays Center to the Brooklyn Bridge, where they sat and refused to move for over an hour, CBS New York reports.

Demonstrators are angry and exhausted over the grand jury's decision.

"America at large will not stand by and allow a Black woman to be murdered and have no consequences," protester Kimberly Bernard said.

Friday's rally was in solidarity with protests in Louisville, where even larger demonstrations are planned for the weekend. The city's police chief is urging armed militia to stay away.

Taylor, an EMT, was killed in March in a botched drug raid by Louisville Metro Police, in which officers entered her home with a no-knock warrant and fired off more than 30 rounds, hitting her multiple times.

A grand jury indicted one officer in relation to shooting into her neighbor's apartment — but no officers were charged for their role in Taylor's death. The decision was announced on Wednesday.

In Kentucky on Friday, a crowd surrounded Breonna Taylor's family at a press conference. Her aunt, Bianca Austin, wore Taylor's emergency medical technician jacket while reading a message from Taylor's mother, who was too distraught to speak.

"I was reassured Wednesday of why I have no faith in the legal system, in the police, in the law that are not made to protect us Black and brown people," Austin said.

Protests took place on Friday in cities from Oakland to Boston.

www.cbsnews.com - 3 months ago
With just two days left for the Trump administration, President-elect Biden is getting ready to take office. Weijia Jiang reports on the incoming president's new plans for his first 10 days in office.
Read More

www.cbsnews.com - 1 week ago
Caught on tape: A dashcam video which purportedly shows the moments leading up to Miami Gardens police fatally shooting a mentally ill man has been made public. Lavall Hall, 25, was shot in February.
Read More

More than 4,000 factories have been ordered to halt production in China

www.cbsnews.com - 2 weeks ago
More than half the days this year have been polluted enough to be regarded a health hazard. Schools in the capital have closed and cars have been taken off the road on alternating days in an effort to reduce pollution. China's government has vowed to cut
Read More

Nearly 100 million Americans have already voted, so what will Election Day turnout look like?

www.cbsnews.com - 5 months ago
CBS News contributor David Becker, an election law expert and the founder of the Center for Election Innovation and Research, joins "CBS This Morning" to discuss record early turnout and what to expect on Election Day.
Read More
More News & Articles