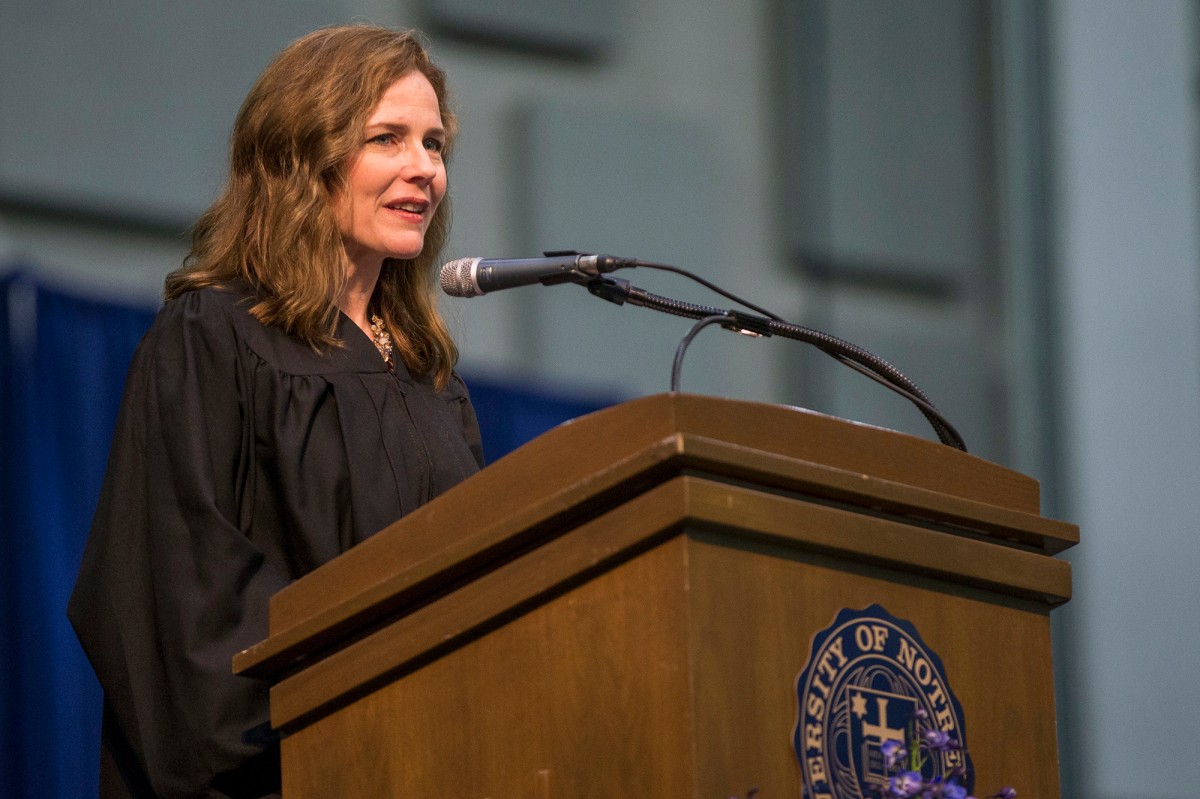 So much for keeping kids out of politics.

“Some adoptions from Haiti were legit. Many were sketchy as hell,” wrote a Democratic activist and former Capitol Hill staffer, Dana Houle, in a since-deleted tweet on Friday. “Would it matter if her kids were scooped up by ultra-religious Americans, or … when there was family in Haiti?”

Another left-wing activist, John Lee Brougher of the NextGen America PAC, added fuel to the fire.

“As an adoptee, I need to know more about the circumstances of how Amy Coney Barrett came to adopt her children, and the treatment of them since,” Brougher wrote, according to Breitbart News. “Transracial adoption is fraught with trauma and potential for harm.” Brougher’s tweet has also been removed.

“Disgusting,” Cotton responded in a tweet that was amplified on his Supreme Court War Room website. “The left now smearing Amy Coney Barrett for adopting children.”

“It was the most predictable thing in the world that Democrats would attack Amy Coney Barrett’s children,” Cotton posted Saturday.

An enraged Sen. Josh Hawley (R-Missouri) tweeted, “This is the Dem gameplan. Nothing but raw bigotry and hate. I promise you, this will not stand.”

Barrett is the mother of seven children — five biological and two, Vivian and John Peter, adopted from Haiti.

“Vivian is our miracle,” she told the Senate Judiciary Committee in a 2017 hearing, explaining that the girl, then 13, was so ill when she was adopted at 14 months that doctors doubted she would ever walk or speak. “Today Vivian is a track star, and I assure you she has no trouble talking,” Barrett said.

She said that John Peter, then 10, “joined our family in 2010 when he was 3 years old after the devastating earthquake in Haiti.”

nypost.com - 2 months ago
An envelope with an unknown white powder was sent to Manhattan’s elite Spence School Monday morning — just days after other schools received similar suspicious packages. Police said the substance was found at the celebrity-loved, all-girls school at 74 E.
Read More

nypost.com - 3 months ago
At least three people were killed when a tornado tore through a seaside town in North Carolina as millions of people in Texas remained in the dark early Tuesday amid subfreezing temperatures. The tornado also left at least 10 people injured after it hit
Read More

Carlos Carrasco expected to make Mets debut in early May

nypost.com - 4 weeks ago
DENVER — The first week of May appears in play for Carlos Carrasco’s debut with the Mets. With the right-hander continuing his rehab in Port St. Lucie, after he went on the injured list last month with a right hamstring tear, the Mets are prepared for the
Read More

nypost.com - 4 months ago
Bonnier, the Swedish media giant that early last year unveiled plans to sail away from most of the magazines it owns in the USA, has suddenly reversed course and plans to hang onto its boating titles that include Yachting and Sailing World. A company
Read More
More News & Articles