Mets’ playoff dream officially over after loss to Nationals

WASHINGTON — The dream is dead. Realistically, it was over several days ago for the Mets, but at 5:44 p.m. on Saturday it became official with J.D. Davis’ strikeout against Will Harris. For a fourth straight year, the Mets will be absent from the
Author: Mike Puma
Published: 2020-09-26 06:17 pm 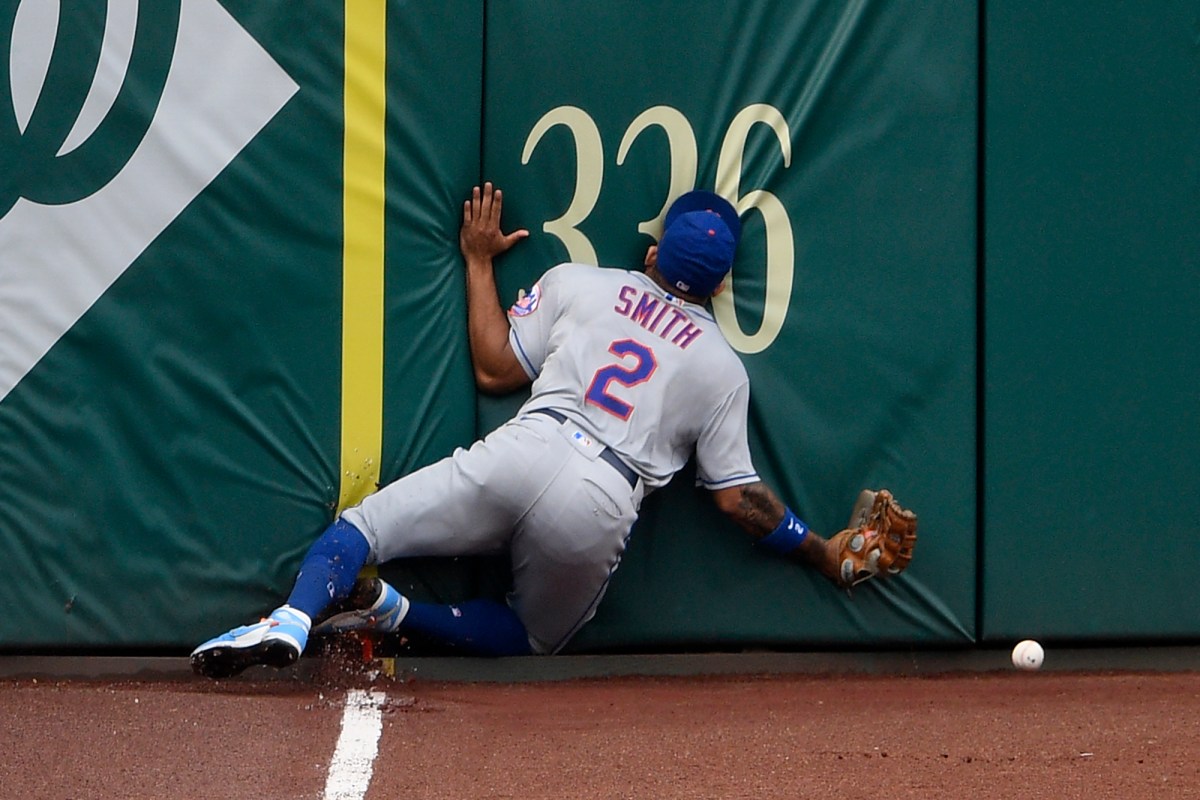 WASHINGTON — The dream is dead.

Realistically, it was over several days ago for the Mets, but at 5:44 p.m. on Saturday it became official with J.D. Davis’ strikeout against Will Harris. For a fourth straight year, the Mets will be absent from the postseason.

Jacob deGrom wasn’t enough, and the lineup behind him couldn’t produce enough juice in a 4-3 loss to the Nationals in the first game of a doubleheader that eliminated the Mets from the postseason.

“It’s the toughest loss of the year because it takes us out from what we’re trying to achieve,” manager Luis Rojas said. “It’s not the season we anticipated because we felt we were going to be part of that playoff group and we didn’t achieve that goal.”

The Mets (26-32) had managed to stay alive into Saturday, as the last NL wild-card spot remained open, though the Giants, Phillies and Brewers all were in better position to claim that prize.

Miguel Castro was charged with the go-ahead run in the sixth, after walking the inning’s leadoff batter, Brock Holt. A single by Yan Gomes and a fielder’s choice later, the Nationals had their first lead.

Only adding to the Mets’ angst of missing the playoffs this season was a postseason expansion in which eight teams from each league will quality instead of just five.

But the Mets fell behind early in the race and never recovered. Most notably, a thin rotation became even weaker when Marcus Stroman opted out from the season as he neared return from a calf injury. The Mets also received disappointing seasons from Michael Wacha and Steven Matz, in particular.

Any realistic hopes of a late-season Mets rally dissipated during the final homestand, in which the team went 2-4 against the Braves and Rays. The Mets are set to finish with a losing record for the ninth time in 12 years.

With the Reds’ Trevor Bauer in a comfortable position, deGrom probably needed a special afternoon to boost his chances of winning the Cy Young award for a third straight season. DeGrom was standard deGrom — electric and nasty — but not special.

DeGrom threw a season-high 113 pitches and was removed after five innings in which he allowed three earned runs on five hits with 10 strikeouts and two walks. The right-hander concluded with a 2.38 ERA and will finish as the NL leader with 103 strikeouts.

Bauer, who leads the NL with a 1.73 ERA, would have pitched Sunday on short rest if the Reds needed the victory. But the Reds clinched a postseason berth Friday night, removing Bauer from that start.

Dominic Smith’s collision with the left-field fence in the fifth led to Andrew Stevenson’s inside-the-park homer that tied it 3-3. Smith, who slid into the fence with his face leading after Stevenson’s ball deflected off his glove in the corner, was examined by trainer Brian Chicklo and remained in the game.

DeGrom labored through the fourth, when he allowed consecutive singles to Holt and Gomes before spiking a changeup for a wild pitch that allowed Holt to score from third, slicing the Mets’ lead top 3-2. After Luis Garcia extended the inning with a walk, deGrom escaped further trouble by striking out Josh Harrison.

DeGrom was dented in the third, when Stevenson cleared the right-field fence to pull the Nationals within 2-1. It was the second straight start in which deGrom allowed a homer and his sixth overall surrendered this season.

Amed Rosario, who had replaced Andres Gimenez during an at-bat in the second inning, homered in the fourth to reclaim that run. Gimenez, according to the team, departed with right oblique tightness, likely ending his standout rookie season that included overtaking Rosario as the Mets’ starting shortstop.

Wilson Ramos dropped the bat at home plate and stopped to admire his shot against Max Scherzer in the third inning that rocketed over the centerfield fence for a two-run homer. The homer was Ramos’ fifth in what has been a disappointing season. The Mets hold a 2021 option on the veteran catcher, but there is a good chance the team will look in a different direction.

Why the ‘Schitt’s Creek’ Emmys 2020 wins are so historic

nypost.com - 8 months ago
The show is the first-ever comedy to sweep all acting awards in the genre. Only one show has ever come close in 1978.
Read More

Cris Collinsworth under fire for sexist comments on NBC broadcast

nypost.com - 5 months ago
Here’s a guy that’s in hot water over his controversial comments. Cris Collinsworth is facing backlash for saying he was “blown away” by some women’s knowledge of football during Wednesday afternoon’s broadcast of the Steelers-Ravens game, which aired on
Read More

Who is Alina Kabaeva, Putin’s alleged lover and mother of his secret twins?

nypost.com - 7 months ago
Before vanishing from public view, the glamorous ex-gymnast who is Vladimir Putin's rumored long-time lover had glittered under a spotlight for two decades.
Read More
More News & Articles