The Rangers have their No. 1 goalie back. Igor Shesterkin is expected to make his first start Thursday in Philadelphia since sustaining a groin injury three weeks ago, which sidelined him for 10 straight games. After Shesterkin’s injury was classified as
Author: Mollie Walker
Published: 2021-03-24 06:21 pm 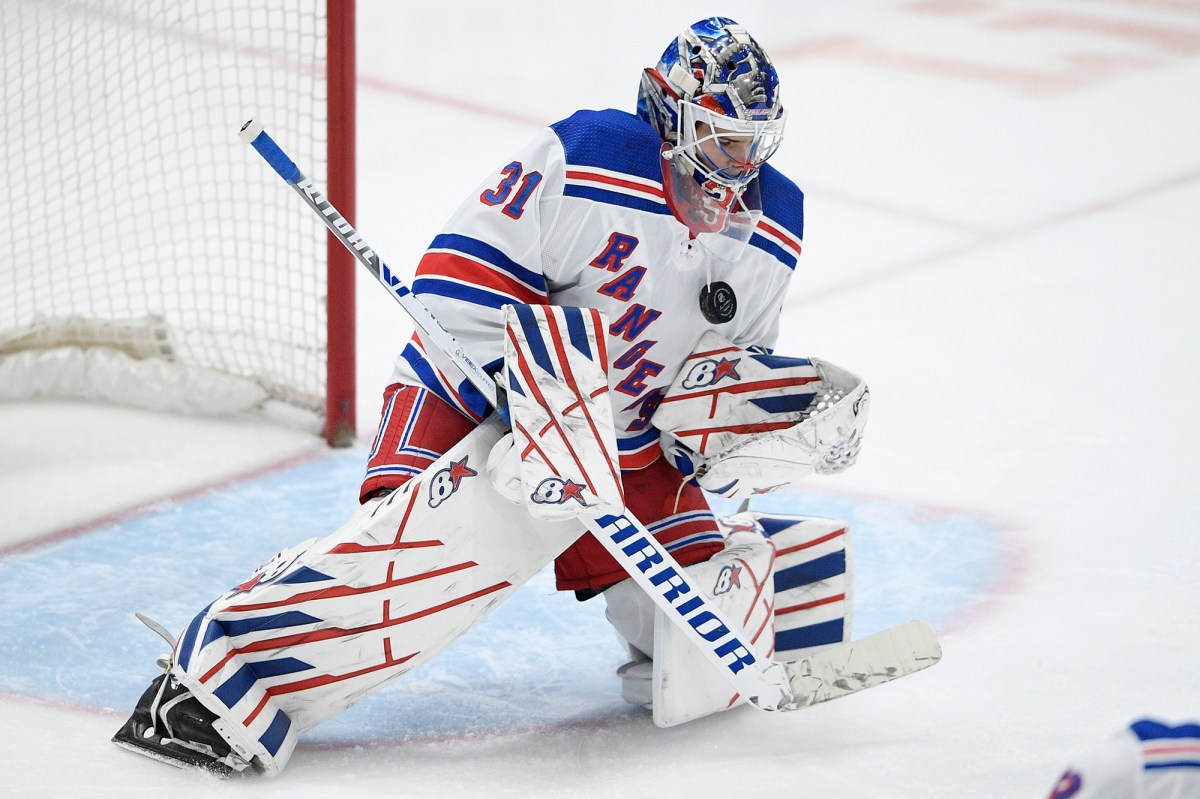 The Rangers have their No. 1 goalie back.

Igor Shesterkin is expected to make his first start Thursday in Philadelphia since sustaining a groin injury three weeks ago, which sidelined him for 10 straight games. After Shesterkin’s injury was classified as “mild” despite how serious it looked when he had to be carried off the ice in the 6-1 win in Newark on March 4, there was a big question mark over when he would be ready to go again.

There was hope that No. 31 would start in the second of the two games in Washington this past weekend, but he was unable to. Asked how Shesterkin was feeling Wednesday, acting head coach Kris Knoblauch said he was back to full strength.

“No problems,” Knoblauch said following practice. “He’s 100 percent and we’re excited to have him back.”

Shesterkin, who brings a 6-7-1 record into Thursday’s game, has struggled with lower-body injuries through his first four-plus months of his NHL career. Last February, Shesterkin missed three games due to an ankle injury. He then missed the first two games of the qualifying round with a groin issue.

Knoblauch says he’s been in constant contact with David Quinn throughout the head coach’s time in COVID-19 protocol.

As for how long the Hartford Wolf Pack coach expects to remain with the Rangers, it is still to be determined. Knoblauch will be behind the bench Thursday, but it is unclear if he will stay through the rest of the road trip that wraps up in Washington on Sunday.

“He’s feeling fine,” Knoblauch said of Quinn. “Maybe a little under the weather the first couple days, but very little. I talk to him regularly and he’s doing quite well.”

Tuesday marked the 10th day that Phil Di Giuseppe was on the COVID-19 protocol list, but the Rangers forward underwent cardiac screening on Wednesday, indicating he is close to getting cleared to play.

Should he complete the remainder of protocol, Giuseppe will make the trip with the team to Philadelphia.

Rangers center Brett Howden was still on the COVID-19 protocol list as of Wednesday.

With Kaapo Kakko back on the second line next to Artemi Panarin and Ryan Strome, Julien Gauthier slotted in on the right wing of ‘the kid line’ next to Alexis Lafreniere and Filip Chytil during practice Wednesday.

That left the fourth line as Brendan Lemieux, Kevin Rooney and Colin Blackwell.

The defensive pairings are expected to remain the same for Thursday’s game despite Anthony Bitetto’s return. Bitetto is currently listed on the team’s taxi squad after he was sent to the Wolf Pack on March 17.

nypost.com - 8 months ago
Knicks coach Tom Thibodeau has never met Jeremy Sochan’s mother, Aneta, who played at Panhandle State in Oklahoma. But it sounds like they’d get along quite well.
Read More

How to watch Amazon’s new sci-fi series ‘The Peripheral’

nypost.com - 3 months ago
It's all dystopic fun and video games until someone winds up 75 years in the future.
Read More

nypost.com - 9 months ago
Harry Styles is inviting a few lucky fans to his "House" for one night and one night only.
Read More

Tinder users can now block everyone they know in real life

nypost.com - 2 years ago
Ever embarrassingly come across a colleague — or, gulp, an ex — on Tinder and think to yourself while shaking your head: “Did that really just happen?” This week, the popular dating app is fixing that.
Read More
More News & Articles